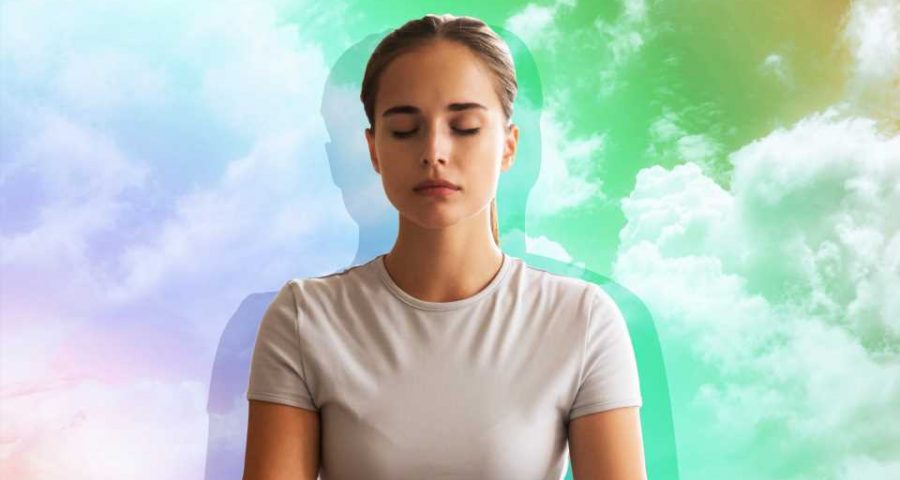 Breathing is one of the few things in life most of us can do without thinking about it. If you’re reading this, you’re probably getting enough oxygen in to keep yourself alive, but you can most likely improve your breathing technique. Yes: There is a right and a wrong way to do it. SheKnows spoke with several health and wellness experts to find out what we’re doing wrong, how we can fix it and what it can do for our health.

Just because we breathe involuntarily doesn’t mean that we’re doing it correctly. According to Dr. Nikola Djordjevic, a family physician, most people tend to breathe with their chest, thereby not allowing oxygen to enter the diaphragm. In turn, this leads to shallow breathing which deprives your body of oxygen, he tells SheKnows.

“It causes rapid, shallow breaths which doesn’t fully oxygenate the body and can cause hyperventilation and brings about symptoms of fatigue and dizziness,” Dr. Vinay Saranga, a psychiatrist and founder of Saranga Comprehensive Psychiatry, tells SheKnows. In other words, it’s not the best way to do it.

What we should do instead

If you’re unsure of where to start when it comes to proper breathing, Djordjevic shares three pointers:

It’s all about the diaphragm

So the two major takeaways there are to slow down and breathe with you diaphragm. Great, but aside from a method of birth control frequently referenced on ‘90s sitcoms, what’s a diaphragm?

According to Sukie Baxter, a posture and movement specialist, when you inhale, your diaphragm  — the large, dome-shaped muscle at the base of your rib cage — flattens out and pulls air into your lungs. Intercostal muscles — little tiny muscles between each rib — assist this process by spreading your ribs open to accommodate the intake of air.

“However, instead of using the diaphragm, many people simply ‘pooch’ their belly forward, distending their abdomen,” she tells SheKnows. “There is little to no movement in the rib cage and the lungs do not expand much.”

To check if you’re using your diaphragm, place your hands on your sides, above your waist, with your fingers flat against your rib cage and inhale, Baxter says. If you feel your ribs lift up and out to the side, your diaphragm is working. “If not, you’re probably releasing your core muscles — which you need for back support — and distending your abdomen instead,” she notes. “Focus on breathing into the space your hands are touching on the sides of your rib cage until you feel the ribs move.”

Another clue that your diaphragm is working is that you’ll be able to inhale while your shoulders actually drop down, Baxter says. “That means that as you breathe in, your shoulder blades should slide down your back,” she explains. “This is because the ribs are expanding underneath your shoulders. If you’re using shoulder muscles to breathe instead, you’ll be unable to drop your shoulders on the inhale.”

The most important thing when it comes to breathing properly is to practice when you are feeling calm, Saranga explains. “If you wait until you are feeling anxious, stressed out or on edge, it’s going to be more difficult. However, if you make proper breathing a technique that you use all of the time, you’re more likely to turn to it when your body is feeling a bit out of control to calm down quickly,” he says.

And you don’t need to dedicate hours of your life to re-learn how to breathe: Even just a few minutes each day is a great start, and Saranga says you can do it while lying down in bed, driving to work or sitting at your desk. But for optimal relaxation, practice proper breathing in a quiet and relaxing space.

Slow, deep and rhythmical breaths are the main goal if you want to breathe properly, Djordjevic explains. This way, he notes, all of the organs will get enough oxygen to function, which means less muscle tension and more energy and concentration.

In addition to being good for your body, proper breathing is good for your mind too, and can go a long way in helping to calm you down and reduce anxiety. Given that it’s free and doesn’t have any negative side effects, breathing correctly is a great step towards feeling better that anyone can — and should — try.