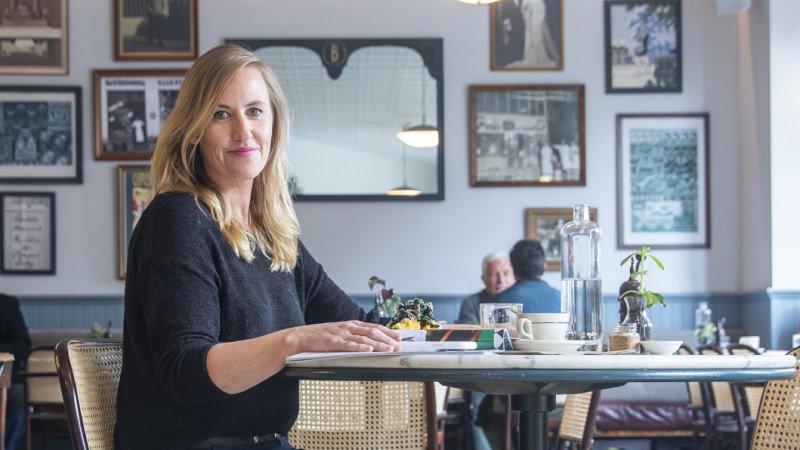 Leah MacLean remembers feeling "a bit odd" the first time she took herself out for dinner alone.

"That’s because I got stood up," she said. "I thought: do I go home and cry, or do I make the most of it and enjoy a meal on my own? Stuff it, I don’t need someone else to enjoy my time, and that’s what kicked it off for me."

Leah MacLean says she dines alone during the day for “me time”.Credit:Louie Douvis

Ms MacLean, a single mum from Drummoyne in Sydney's inner west, now finds her "me time" in dining alone and is one of a growing number to do so.

Solo dining has been a primary driver of growth in the Australian food service industry for three consecutive years, according to new trend data released by global research company NPD Group. It now owns a 40 per cent traffic share within the industry.

NSW has experienced the most growth in solo dining, with the state contributing to 42 per cent of overall growth and taking a 35 per cent traffic share.

Gimantha Jayasinghe, deputy managing director of the Asia-Pacific region at the NPD Group, said the stigma of dining alone had disappeared in high population metro areas.

"The fact is, in a lot of big cities, people don’t even look twice when you’re eating by yourself," he said.

"Years ago, if you were a solo diner, you were looked at strangely or people assumed you were a food critic. That is no longer the case.

"The latest Census data shows there’s been a rise in single households to almost one in four, so all signs are pointing to the ease and the convenience of eating out alone."

With daytime meals ranking as the most popular among solo diners, Mr Jayasinghe said businesses should take advantage of the trend.

"Many don’t see the appeal of cooking for one, so providers could offer another level of convenience and explore options such as offering a two-for-one deal, which means diners can take one meal home and reheat it for dinner later."

“Venues have traditionally been built towards catering for larger groups, whereas now there’s a lot of emphasis on intimacy and atmosphere," he said. "It comes down to music, the layout of the venue, the size of the tables, the service – helping people feel comfortable.”

When he opened his Surry Hills cafe six months ago, Mr Merlino said he considered factors like smaller tables and warm music, "so you can sit there without feeling like you're eavesdropping or taking up space".

"A lot of restaurants are starting to become more aware by arranging an area so it doesn’t look like you’re waiting, and not having someone come up to you every five minutes and ask 'so you’re waiting for someone?'

"I’m feeling a lot more comfortable now and I’m sort of getting to the point where I don’t really care what people think. It's a little bit empowering," she said.