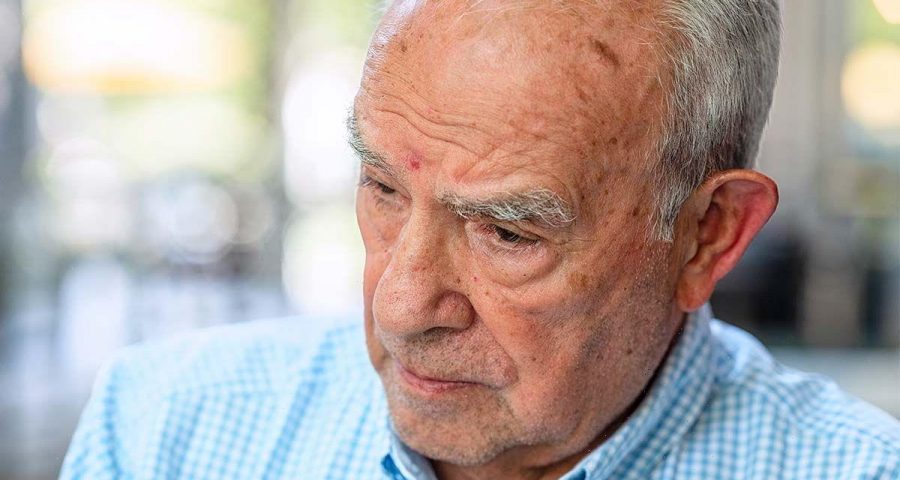 One of the primary goals of dementia research is to reveal the mechanisms and key signs that predict cognitive decline as early on as possible. This could help buy precious time to intervene before it’s too late. New study published today adds to this effort, with the research team identifying a red flag in your blood.

Unfortunately, there’s no miraculous way to predict if and when dementia will strike. But research often manages to identify key risk factors that could point to the mind-robbing condition.

A new study, published in the Journal of Alzheimer’s Disease, found that your blood could signal early detection of dementia.

Looking at more than 600 older participants in a long-term prospective study, the researchers discovered that higher levels of cell-free DNA circulating in your bloodstream may signal an increased risk of chronic inflammation linked to early signs of the brain condition.

What’s more, these findings could advance the search for “simple” blood tests that can detect the risk of Alzheimer’s disease and other types of dementia.

READ MORE: The ‘first noticeable’ sign that cholesterol is dangerously clogging your arteries

Circulating cell-free genomic DNA, (ccf-gDNA) has been long known as a product of natural cell death.

When your cells die during programmed cell death, they shrink, degrade their plasma membrane, and ultimately rupture and release their contents into the body.

This includes DNA fragments, which end up as free-range DNA in your bloodstream.

Peter Abadir, associate professor of geriatric medicine and gerontology at the Johns Hopkins University School of Medicine, said: “These ccf-gDNA fragments may trigger long-term chronic inflammatory reactions that have previously been linked to the premature destruction and ageing of tissues and organs, including the brain.

“The body sees these ccf-gDNA fragments as something that needs to be removed, therefore the body’s immune system is running at a higher rate than it should.

“Such immune system overdrive may be a factor in identifying the onset of dementia.”

The research team tested the blood of 631 participants with an average age of 79 years before arriving at this conclusion.

The participants showed no signs of cognitive impairment at the beginning of the research.

Furthermore, they received yearly physical and cognitive testing, at the time of each blood draw.

During the eight-year study period, the research team found that higher levels of ccf-gDNA in the blood were associated with increased cognitive decline as well as worsening frailty.

According to Alzheimer’s Society, dementia already targets around 900,000 people in the UK alone, with the number set to climb even higher in the upcoming decades.

However, the potential of a blood test that could identify those most at risk or in early stages could lead to “supportive services and other interventions”, according to the study.

Lolita Nidadavolu, assistant professor of geriatric medicine and gerontology at the Johns Hopkins University School of Medicine, added: “Our world population is ageing quickly. We have so many advances that have helped extend our life span, so the goal now is to live healthier as we age.

“Dementia and frailty are increasing in frequency. Many people know someone affected by these conditions.

“With a single blood draw, we may have the potential to identify people who can benefit from early interventions.”

Furthermore, the researchers now hope to identify whether a large amount of the DNA fragments are coming from a specific type of cell, which could help advance the search for drugs that target the mind-robbing condition.