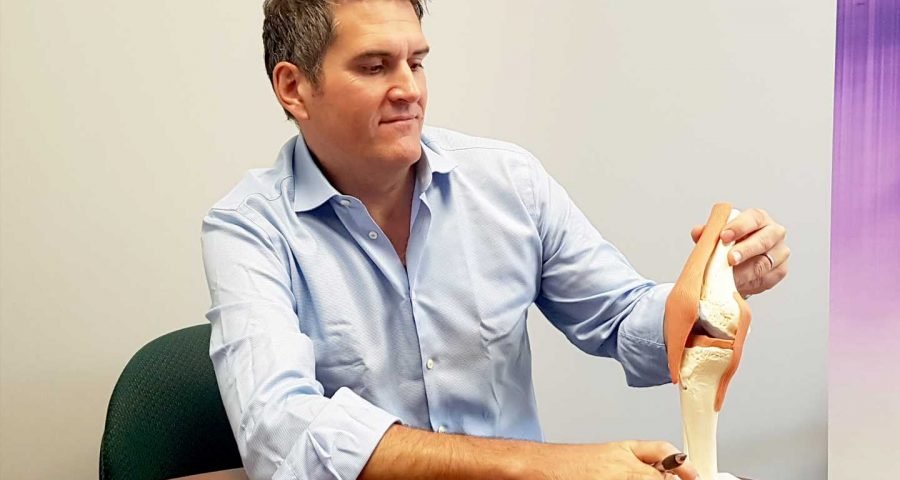 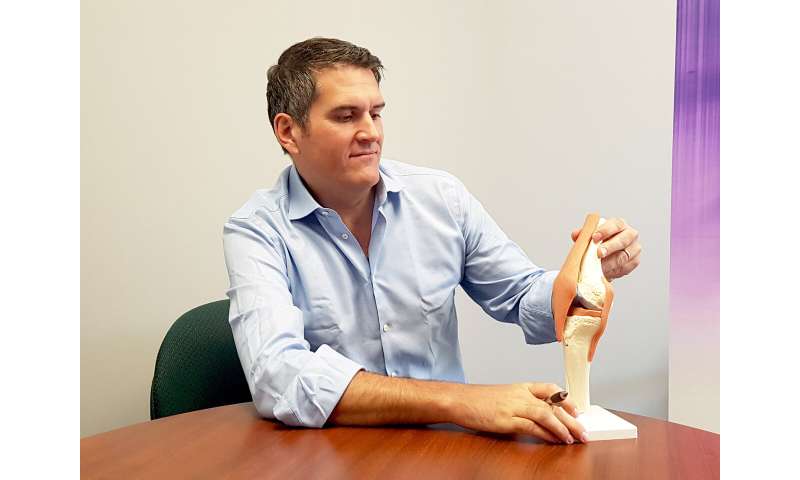 An anterior cruciate ligament (ACL) tear, an injury of the knee, can be devastating to a young athlete. While the ACL can be reconstructed through surgery, there is a high risk of re-injury in patients under the age of 25. In the largest clinical trial of its kind, researchers at Lawson Health Research Institute have shown that performing an additional surgical procedure called lateral extra-articular tenodesis (LET) may reduce the risk of ACL re-injury in young athletes.

The ACL helps control rotation of the knee and is most commonly torn in sports involving sudden stops and changes in direction like soccer and basketball. ACL reconstruction surgery uses a graft to rebuild the torn ligament. Grafts are pieces of tissue commonly created from a part of the patient’s body, such as one of the hamstring tendons or the tendon of the kneecap (patellar tendon). Unfortunately, the risk of a re-tear or graft failure in young athletes can be as high as 20 per cent.

LET is the creation of a new ligament-like structure outside of the knee to provide additional support.

“Although the LET procedure has shown potential in improving patient outcomes, a randomized clinical trial was needed to assess whether or not it reduces the risk of re-injury,” explains Dr. Alan Getgood, Scientist at Lawson and Orthopaedic Knee Surgeon at the Fowler Kennedy Sport Medicine Clinic, which is a collaborative partnership between London Health Sciences Centre (LHSC) and Western University.

Dr. Getgood led the STABILITY trial which included 624 research participants from nine centres across Canada and Europe, including 196 patients from the Fowler Kennedy Sport Medicine Clinic treated at University Hospital, LHSC. Participants were under the age of 25, undergoing ACL reconstruction using a hamstring graft and at high risk for re-injury.

“Adding the LET procedure resulted in a 65 per cent relative risk reduction for graft failure,” says Dr. Getgood, also Assistant Professor at Western’s Schulich School of Medicine & Dentistry. “Our results suggest patients under the age of 25 should consider the LET procedure when they have decided on ACL reconstruction using a hamstring graft.”

The research team studied a number of other outcomes including pain, athletic function, muscle strength and return to sports. Although the LET procedure resulted in slightly higher levels of post-operative pain and slightly decreased muscle strength in the three months following surgery, these complications did not persist. There were no differences in outcomes one and two years after surgery.

The STABILITY trial was funded by the International Society of Arthroscopy, Knee Surgery and Orthopaedic Sports Medicine (ISAKOS). Results were shared last week at the ISAKOS Biennial Congress where the research group was awarded the Jan I. Gillquist Scientific Research Award for best scientific paper presented at the meeting. Dr. Getgood and the STABILITIY team are also being recognized by the American Orthopaedic Society for Sports Medicine (AOSSM) with the O’Donoghue Award for best clinical-based research paper. The award will be presented at the AOSSM Annual Meeting in July.

Dr. Getgood recently received funding from the Canadian Institutes of Health Research (CIHR) to conduct a follow-up study called the STABILITY 2 trial. The study will compare ACL reconstruction with and without LET using two other types of grafts—patellar tendon grafts and quadriceps tendon grafts.