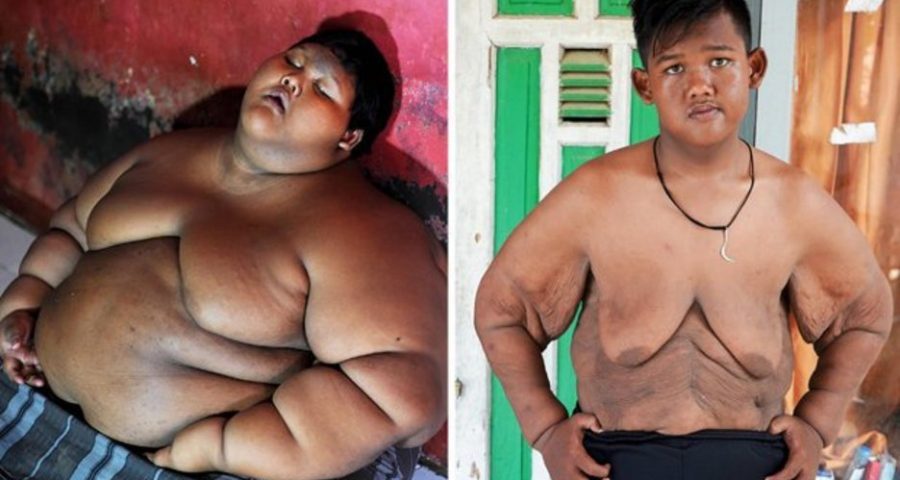 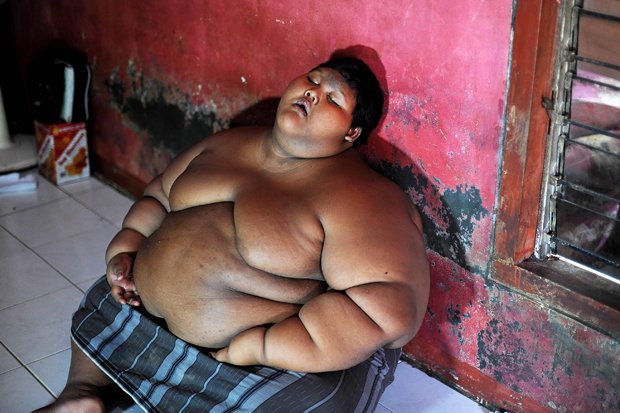 A 13-year-old boy stunned doctors by losing more than half of his body weight.

Arya Permana – who was once considered to be the heaviest child in the world – used to tip the scales at 30st.

He now plans on getting excess skin removal surgery to complete his dramatic transformation.

Arya battled with his weight since he was five-years-old.

While his parents encouraged him to eat healthily, they found it difficult to ignore his demands for fattening foods.

The boy’s dad, Ade Somantri, said: “Back in the day since Arya was five-years-old and already getting big I can say, ‘Yes I spoiled him’.

“If he wanted to eat or drink sweet food and drinks we just gave it, if he wanted instant noodles, we just cooked [it] for him.” 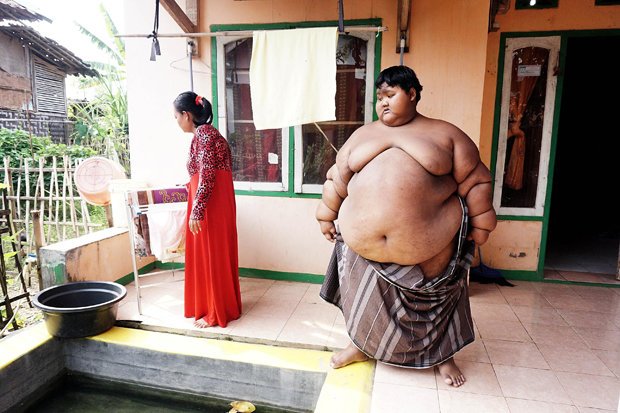 When Arya turned 10-years-old, he was at his heaviest.

He weighed in at an unhealthy 30st, which was the equivalent of six boys his age.

The turning point came when the kid’s bulk began getting in the way of his life.

He struggled to walk more than five metres and was forced to bathe in an outdoor pond because he couldn’t fit in the bath.

While the Permana parents were reluctant to put their son through gastric bypass surgery, they were left with little other options. 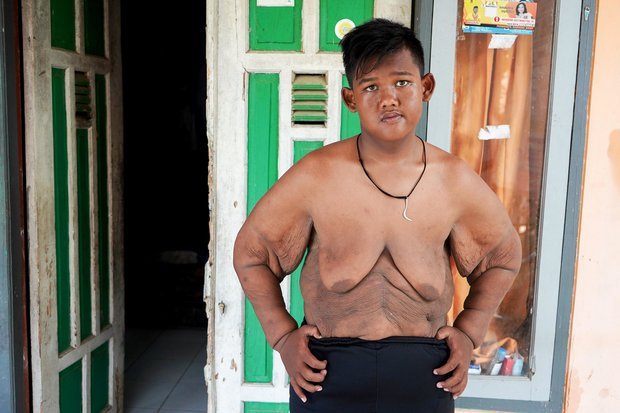 The bariatric procedure was carried out in Omni Hospital in Jakarta – and it proved to be life changing.

In just one month, Arya had shed a whopping 5st.

The weight continued to drop off as the teen’s appetite began to wain. 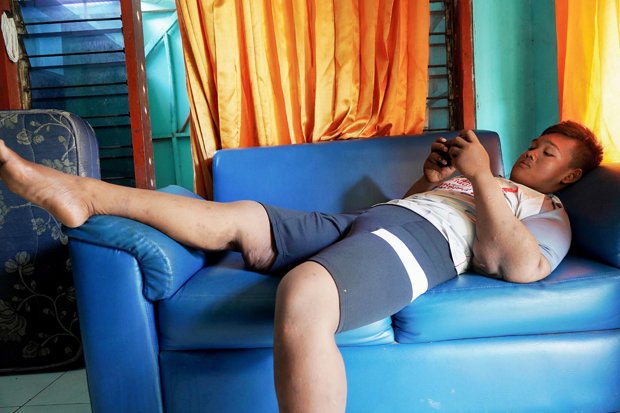 The teen feels a lot better since losing weight.

He commented: “I am happier now.

“Because now I can play football, hang out with friends, play around, go to the river.

Despite Arya’s new found happinness, he’s conscious about the excess skin left behind by weight loss.

He is now hoping to get this removed at the Hasan Sadikin Hospital in Bandung.

His dad Ade explained: “Even though he does exercise, playing football and badminton and his body is already strong, the loose skin is hanging down and it must be removed.”