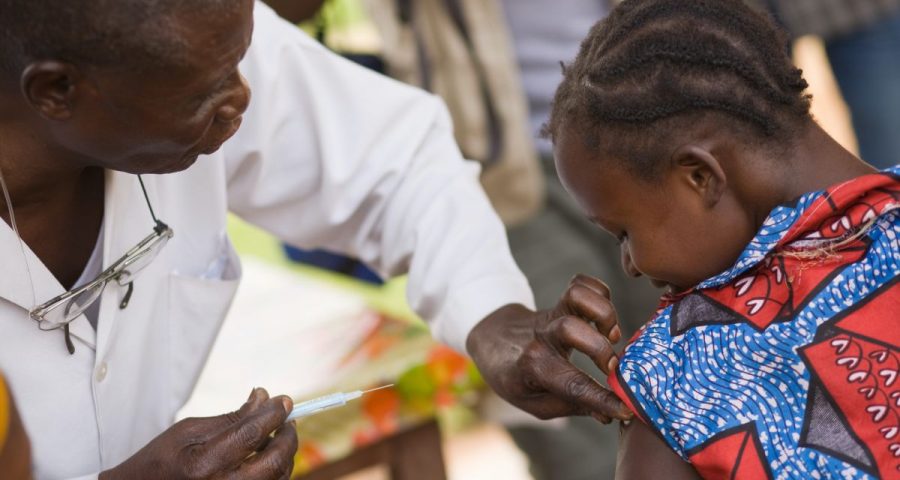 The World Health Organization (WHO) has recommended the widespread use of a malaria vaccine among children in Africa and other areas of high malaria transmission — a breakthrough in the long fight against the deadly disease.

Malaria is a parasite-caused disease that’s been around for thousands of years and is transmitted primarily via mosquito bites. It kills more than 400,000 people around the world each year, mainly in sub-Saharan Africa. More than 260,000 children under age 5 die each year from malaria.

The road to an effective malaria vaccine has been long, with many vaccines showing only modest efficacy, Live Science previously reported. The vaccine WHO has endorsed — called RTS, S, or Mosquirix — is more than 30 years in the making and works to prime the immune system against Plasmodium falciparum — the deadliest malaria parasite and the most common one in Africa.

“This is a historic moment. The long-awaited malaria vaccine for children is a breakthrough for science, child health and malaria control,” Dr. Tedros Adhanom Ghebreyesus, the WHO’s director-general, said in a statement Wednesday (Oct. 6). “Using this vaccine on top of existing tools to prevent malaria could save tens of thousands of young lives each year.”

In large-scale clinical trials, the vaccine, developed by U.K. healthcare company GlaxoSmithKline,  prevented around 4 in 10 cases of malaria —  a 39% efficacy — across a period of four years, in children who received the four doses, according to the WHO. The vaccine prevented 3 in 10 cases — a 29% efficacy  — of severe malaria.

Following the clinical trial results, the WHO recommended that the vaccine be piloted in select areas across Ghana, Kenya and Malawi.

Since 2019, more than 800,000 children in those countries have been vaccinated through these programs, according to the WHO. The vaccine, which is given in four doses to children starting at 5 months of age, was shown to be safe and led to a 30% reduction in deadly severe malaria cases, even when distributed in areas that widely used insecticide-treated nets and where there is good access to treatment.

Currently, malaria in high-transmission areas is controlled mainly by spraying houses with insecticide once or twice a year or sleeping under insecticide-treated mosquito nets.

Another study, published in September in The New England Journal of Medicine, found that when children were given an anti-malarial drug along with the vaccine, the combination reduced hospitalization with severe malaria by 70.5% and death by 72.9% as compared with just the anti-malarial drug. One modeling study, published in November 2020 in the journal PLOS Medicine, found that the vaccine could prevent 5.3 million cases and 24,000 deaths among children 5 years and younger every year.

—10 bizarre diseases you can get outdoors

If the global vaccine alliance Gavi determines that the malaria vaccine is indeed a good investment, the organization will purchase the vaccines for countries that want it, according to the Times.

Other malaria vaccine candidates are currently being tested. One of these vaccines, developed by researchers at the University of Oxford, showed 77% efficacy in early clinical trials — the only malaria vaccine to pass the WHO’s goal of achieving at least 75% efficacy by 2030, Live Science reported. Larger-scale trials are now starting on that vaccine, according to The Guardian.

A second malaria vaccine would be “highly beneficial” to malaria control, especially in helping to meet the anticipated high demand, according to the WHO.