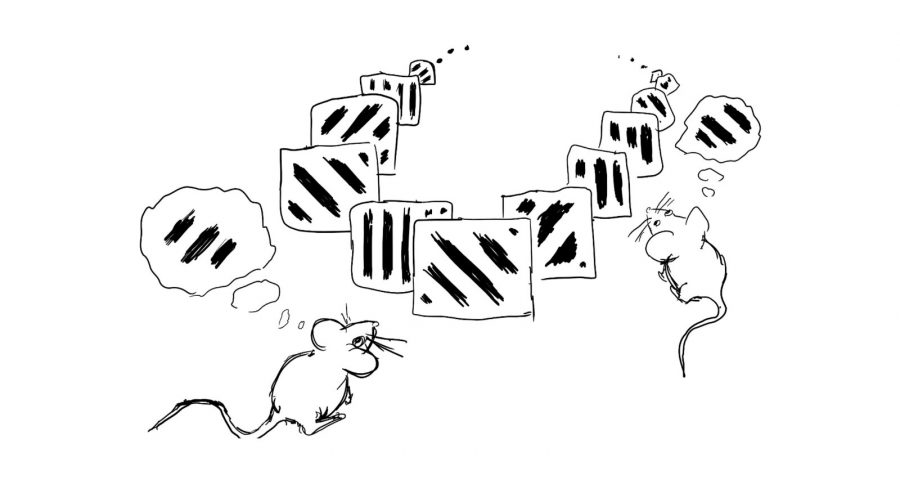 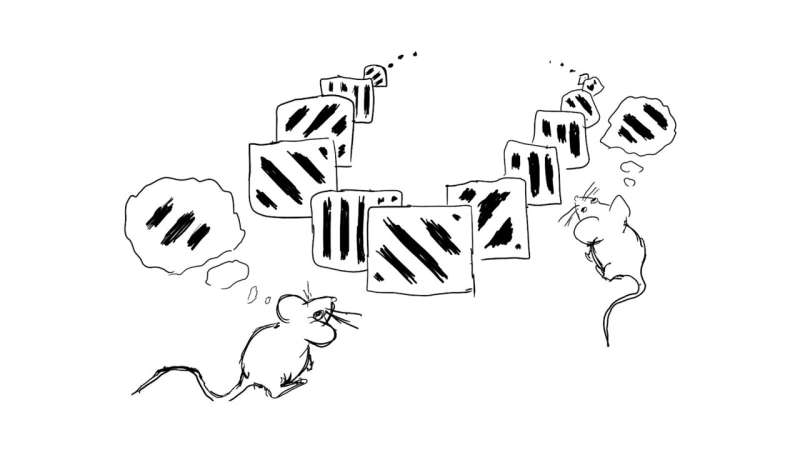 How does the brain keep in mind a phone number before dialing? Working memory is an essential component of cognition, allowing the brain to remember information temporarily and use it to guide future behavior. While many previous studies have revealed the involvement of several brain areas, until now it remained unclear as to how these multiple regions interact to represent and maintain working memory.

In a new study, published today in Nature, neuroscientists at the Sainsbury Wellcome Center at UCL investigated the reciprocal interactions between two brain regions that represent visual working memory in mice. The team found that communication between these two loci of working memory, parietal cortex and premotor cortex, was co-dependent on instantaneous timescales.

“There are many different types of working memory and over the past 40 years scientists have been trying to work out how these are represented in the brain. Sensory working memory in particular has been challenging to study, as during standard laboratory tasks many other processes are happening simultaneously, such as timing, motor preparation, and reward expectation,” said Dr. Ivan Voitov, research fellow in the Mrsic-Flogel lab and first author on the paper.

To understand how these representations are maintained in the brain, the neuroscientists used a technique called optogenetics to selectively silence parts of the brain during the delay period and observed the disruption to what the mice were remembering. Interestingly, they found that silencing working memory representations in either one of the parietal or premotor cortical areas led to similar deficits in the mice’s ability to remember the previous stimulus, implying that these representations were instantaneously co-dependent on each other during the delay.

To test this hypothesis, the researchers disrupted one area while recording the activity that was being communicated back to it by the other area. When they disrupted parietal cortex, the activity that was being communicated by premotor cortex to parietal cortex was largely unchanged in terms of average activity. However, the representation of working memory activity specifically was disrupted. This was also true in the reverse experiment, when they disrupted premotor cortex and looked at parietal cortex and also observed working memory-specific disruption of cortical-cortical communication.

“By recording from and manipulating long-range circuits in the cerebral cortex, we uncovered that working memory resides within co-dependent activity patterns in cortical areas that are interconnected, thereby maintaining working memory through instantaneous reciprocal communication,” said Professor Tom Mrsic-Flogel, director of the Sainsbury Wellcome Center and co-author on the paper.