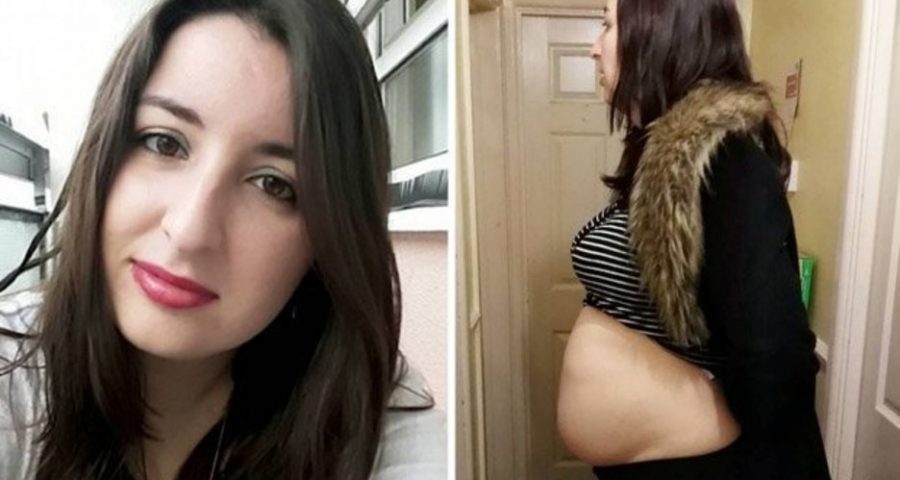 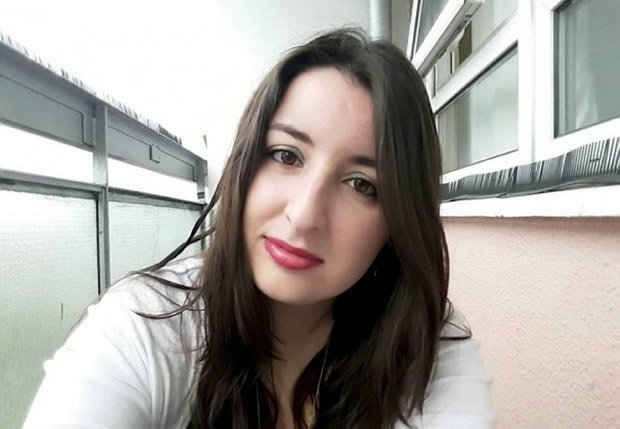 A woman who complained of a swollen stomach was stunned when doctors found a 10lb cyst in her body.

Layla Cummins, 30, said the painful growth made her “look pregnant”.

She has since had the cyst removed and is on the road to recovery.

Layla first noticed something was wrong in December 2018.

In the lead up to Christmas, her stomach felt swollen and tender to touch.

After visiting her local GP, the Bristol-based woman was referred for tests in January.

Shockingly, an ultrasound carried out by St Michael’s Hospital revealed a 20cm growth on her ovary.

Ovarian cysts are fluid-filled sacs that are usually harmless and disappear without treatment.

In rare instances like these, they grow large and need to be surgically removed. 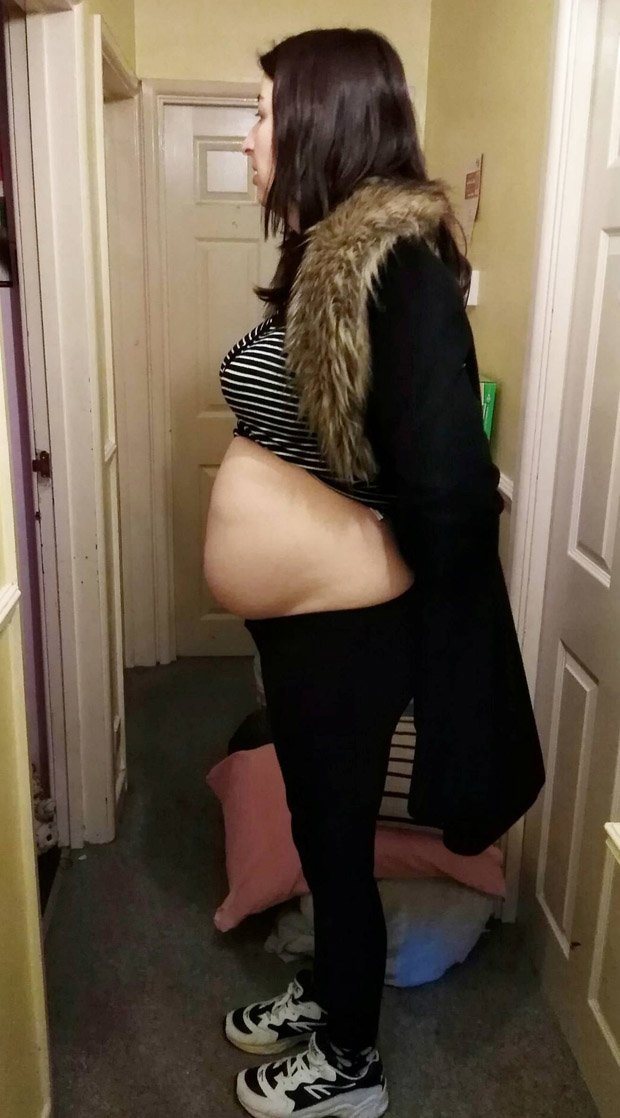 Layla remembered: “It was really uncomfortable.

“I couldn’t lay on my front at all.

“It felt like I had a remote control sticking in my side.

“I lost my appetite completely and just felt really heavy and tired a lot.

“I had bursts of pain but it wasn’t really painful at all.

“It wasn’t ideal. My stomach looked absolutely massive and I couldn’t wait to have it taken out.” 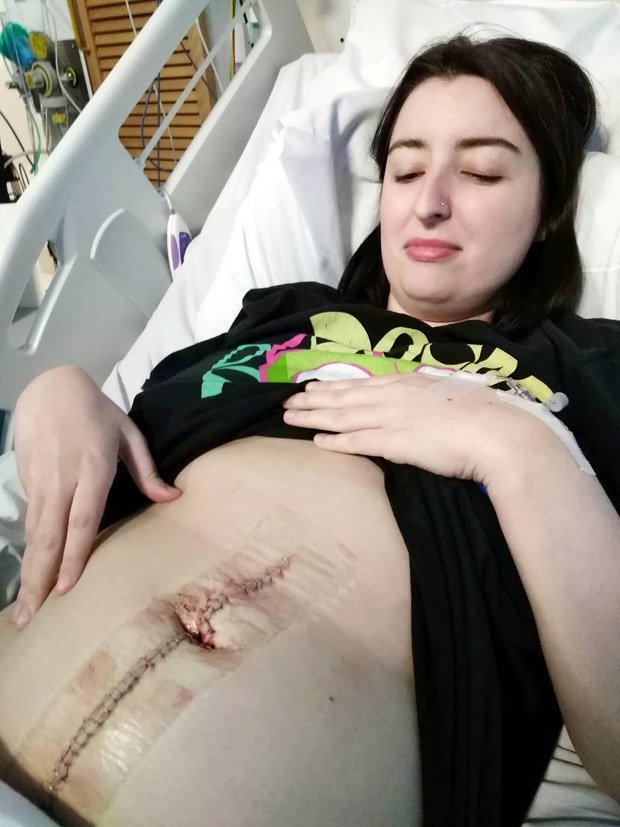 Doctors operated on Layla on March 27, removing the 10lb cyst from her body.

During the surgery, her right ovary and fallopian tube were removed as they had been damaged by the weight of the growth.

The mass measured 20cm in size, which is around the size of a watermelon.

Stunned by how big it was, the patient remarked: “I looked pregnant before it was removed.

“My doctors were really shocked because up until that point they thought it was half that size.

“I couldn’t believe it when I saw how big it was, I was so shocked.” 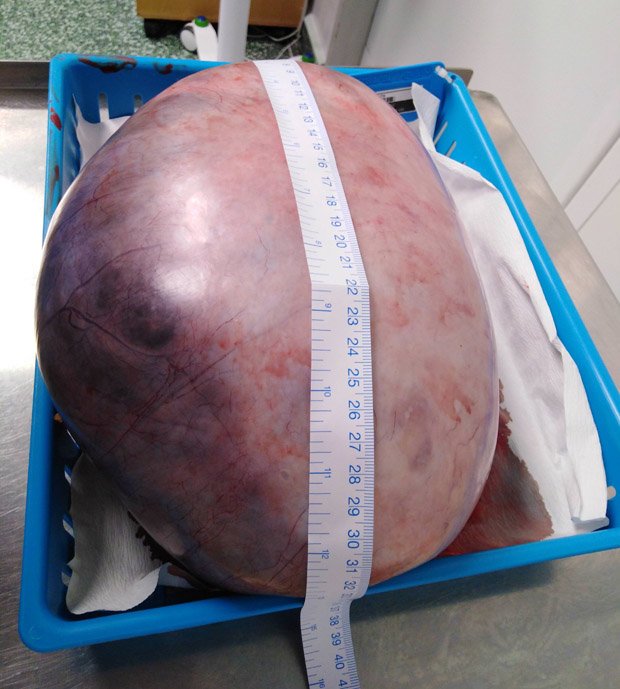 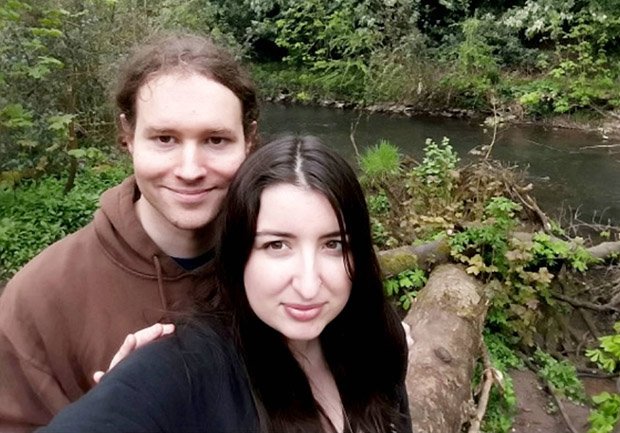 Layla added: “I feel great now it has been taken out, I feel so much lighter.

“I weighed myself afterwards and I was 10lbs less heavy.”

Following the operation, the freelance writer is paying closer attention to her health.

She has been put through more tests, which have all been given the all clear.

The Bristolian, who is in a relationship with 35-year-old Jon Everett, also hopes to have children in the future.

Layla said: “I was given the all clear for things like cancer which was a relief. The tests came back as all clear.

“I still have one perfectly fine and functioning ovary.

“I have done my own research and it may take a bit longer for me to get pregnant, but I should still be able to…

“It has motivated me to get my ass into gear. I feel great now and like I want to do more.

“I feel like I’ve got more enthusiasm to try new things and be a bit more active.

“I haven’t exactly felt great with the cyst so I’m looking forward to getting back to normal.

“It’s funny because I was excited to have a medical anomaly.

“I had a natural curiosity and was really interested to see it.”