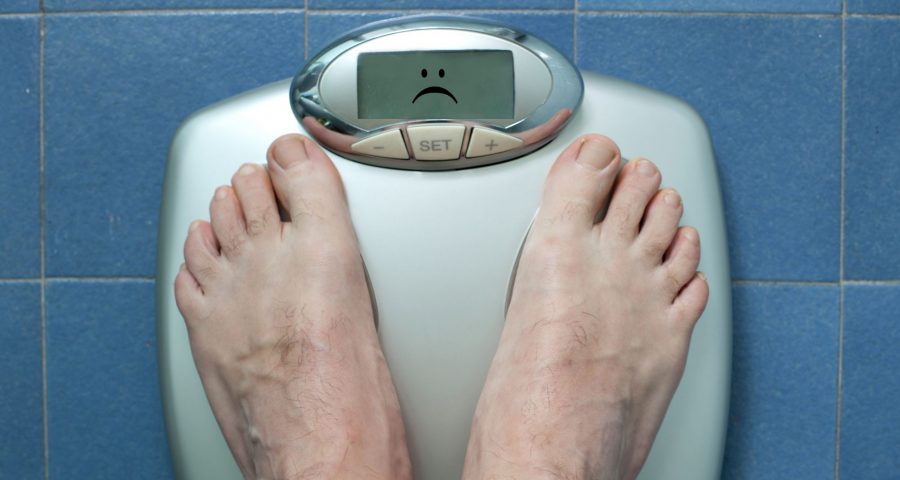 Once, I was talking to a guy who’d just had his body fat tested.

He’d cleaned up his diet, and had been hitting the gym hard for about three months. He’d lost weight, and his clothes fit better, especially around the waist. He was stronger in the gym, and could see signs of new muscle across his chest, shoulders and back.

But, he was in a state of some distress. That’s because the body fat test (which he’d just plunked down $125 for) showed that he was in worse shape now than he was three months ago.

“I’m fatter now than at my last scan!” he said. “How can I have lost muscle? Can you take a look at my diet and training program to see what I’ve been doing wrong?”

Here’s what I told him: The problem may well lie with your diet. Perhaps your training program is in need of some revision. However, there’s also a third possibility—the results from the body fat test are way out.

In fact, most body fat tests, be they body fat scales, underwater weighing, or even DEXA (an x-ray scan typically used to measure bone mineral density), can’t be relied on to track changes in body composition over time. Using the results to guide your training and diet decisions may well send you off in completely the wrong direction.

Why You Should Be Wary of Body Fat Tests

First, no body fat test can tell you exactly how much muscle and fat you have. The only way to truly measure your body fat is to have all of it stripped out, placed on a scale, and weighed. This method is highly accurate. The only downside is that you have to be dead in order for it to happen.

To paraphrase Weightology founder James Krieger, a body fat test is not really a “test” at all. Think of it as more of a prediction than a measurement.

Let’s take body fat scales as an example. They’re one of the most popular ways to track fat loss and muscle growth over time, mainly because they’re cheap, quick, and easy to use.

Body fat scales employ a method known as bioelectrical impedance, which involves running a light electrical current through your body, and measuring the degree of resistance (or impedance) to the flow of the current.

The first and perhaps most obvious problem with body fat scales is that they miss out large segments of your body. Stand on a set of foot-to-foot body fat scales, for example, and the current will simply go up one leg and down the other. Which means that you’re only measuring how fat your legs are.

What the Research Shows About Body Fat Testing

The argument in favor of body fat testing is that even if a given test isn’t accurate, at least it’s consistent. Put differently, it doesn’t matter if a body fat test is “out” by a few percentage points here or there. As long as it’s consistent, you can use it to track your progress over time.

However, when researchers have put this idea to the test, the results have been less than impressive.

In a study published in Medicine and Science in Sports and Exercise, scientists looked at changes in body composition in a group of male bodybuilders. They compared several body fat tests—including bioelectrical impedance, the technology used in body fat scales—with something called the 4-compartment model, which is the currently benchmark test for body composition and the standard against which other body fat tests are measured.

Much the same thing holds true for muscle growth. You could gain 5 to 6 pounds of muscle over a period of several months. But the scales might show that you hadn’t gained any muscle at all.

You’d come away with the impression that whatever you’d been doing to generate those results didn’t work, when actually it did. And you run the risk of ditching a training and nutrition program that’s working and replacing it with one that’s less effective.

What about other body fat tests, like DEXA scans? Do they work any better?

DEXA, short for dual-energy X-ray absorptiometry, does a reasonable job at estimating group averages. But, it’s not as good at tracking individual changes in body fat and muscle mass over time.

Why is that? DEXA might overestimate body fat percentage in half your group by five percent, and underestimate it in the other half by five percent. When looking at the group results, the average error size is zero. But the individual results are way out.

The fact that a body fat test does a good job at estimating group averages doesn’t necessarily mean that it’s equally as good at tracking individual progress over time. When Purdue University researchers compared DEXA with the gold-standard 4-compartment model, the results were a mixed bag. In some individuals, the results were a close match. But in others, they were way out.

And DEXA isn’t cheap, with a single scan costing upwards of $100. If you go back for a second scan after a few months, that’s another $100. That’s a lot of money to spend if the results aren’t telling you anything useful.

Some argue that doing back-to-back DEXA scans “proves” they’re accurate. That is, if you get yourself scanned, then return to the same machine the next day and get another scan, the results will be almost identical. However, this doesn’t tell you that the scan has done a decent job of estimating your body composition. All it tells you is how close the estimates are when repeated measurements are made. It doesn’t tell you how accurate those estimates are in the first place.

The technology involved in body fat testing still has some catching up to do. Commercial body fat testing devices are not accurate enough for you to use the information to make better decisions about what to eat and how to train. Put your faith in only the results of a body fat test, and you might end up thinking that your diet and training program isn’t working, when really it is—or that it is working when it isn’t.