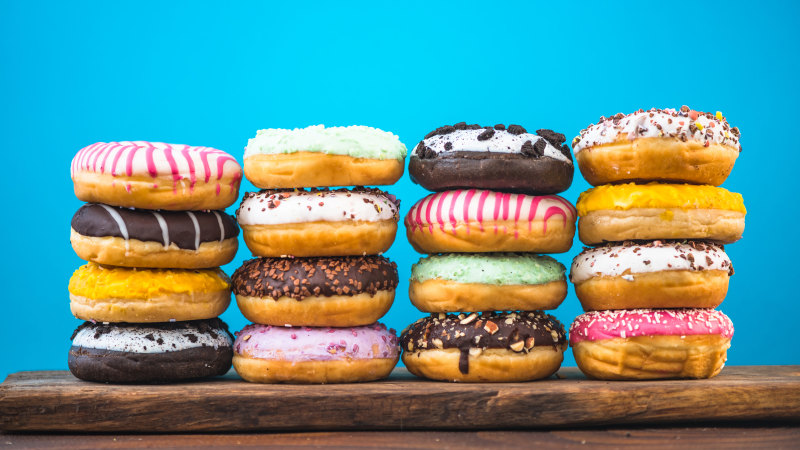 We all got through 2021’s COVID isolation differently: some with online shopping. Others with wine. Me with sugar. Lots of sugar. Think regular banana bread for morning tea, Snickers for afternoon snacks, entire packets of Tim Tams several nights a week. Which didn’t bother me much – lockdown was a weird time. You do what you have to do.

But when it ended, I knew my months-long sugar binge had to end too. The World Health Organisation strongly recommends no more than 10 per cent of a person’s daily energy intake comes from free sugars (a category which includes added sugar, as well as honey, syrups and fruit juice). Well, the average adult’s daily intake is 8700kj, and a packet of Tim Tams is about 4400kj, and you don’t need to be great at maths to know that’s a wee bit more than 10 per cent. 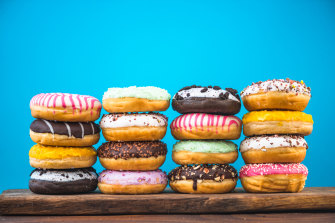 Sam Downing: When lockdown ended, I knew my months-long sugar binge had to end too.Credit:iStock

I hadn’t had much luck kicking my sugar habit by New Year, so I resolved to eat less sugar in 2022. Two interesting things followed.

First, the near-universal reaction when I told friends about my resolution to eat less sugar was: “Why? You’re not trying to lose weight.” Which was true (I’m one of those lucky/annoying people who doesn’t gain weight easily), but there are plenty of health reasons to avoid excess sugar that have nothing to do with body fat.

“The number one is risk of tooth decay, particularly in children,” says Dr Anika Rouf, an accredited practising dietitian and spokesperson for Dietitians Australia. Excess sugar is also linked to reduced brain function and poor metabolic health, even if you’re not overweight.

The second interesting (albeit unsurprising) thing that happened is that cutting back on sugar was, and still is, very challenging. I’ve craved sweet treats most nights, and regularly given into temptation. “Sugar addict” is how I’ve described myself after finishing yet another block of chocolate I didn’t plan to eat – but can you really be addicted to food in the same way as illicit drugs?

The answer is complicated. “We know highly palatable foods activate the same region of the brain [as drugs],” says Dr Robyn Brown, who studies addiction and eating behaviours at the University of Melbourne. But the activation from food isn’t as potent as from drugs, and it’s never been shown that the former leads to the same addictive patterns in the brain as the latter.

Part of what makes the question of food addiction so tricky is the “stigma and emotion” around the word addiction. “If you go to a doctor and say, ‘I have a food addiction,’ they’ll say, ‘There’s no such thing’,” Brown argues. “If you say, ‘I have a problem with my eating behaviour and it is compulsive in nature,’ … [the doctor will] be much more accepting.” She prefers uncontrolled eating, a term encompassing behaviours which experts who treat and study disordered eating don’t yet have a formal diagnosis for.

Many people will never struggle to control their eating, and might scoff at those who do – that if you don’t want to eat something, just choose not to eat it. But scientists like Brown pour cold water on this notion of willpower. Reality is far more nuanced: we have far less control over our behaviour than we like to admit, even behaviours we know are bad for health. “I’ll literally be writing a grant about stress-induced eating, and I’ll be stressed about the grant deadline and… find myself eating chocolate like it’s cereal,” Brown shares. “I’m a living example of what I’m studying.”

These sweet foods she and I are susceptible to combine sugar and fat in a delicious way rarely seen in nature, meaning humans haven’t evolved defenses against them. These tasty treats are even harder to resist because they’re everywhere, they’re cheap, and they’re marketed by powerful food companies that exploit our weaknesses. So is there a way to eat less of them?

Sydney-based Rouf, who says many of her clients picked up less-than-ideal eating habits throughout the pandemic, offers some practical strategies. “Don’t do grocery shopping when [you’re] really hungry or really tired,” she says. Stock up your home or workplace with healthier choices, like fruit or nuts instead of biscuits. Brown also suggests understanding what triggers you to overeat – for her it’s stress, for me it’s fatigue – and finding ways to manage those triggers, without shaming yourself for relapsing.

It’s important to note that my resolution was always less sugar, not quit sugar. Sugar is awesome. I love sugar! I turned to it in lockdown because eating it makes me feel better, so I’d never want to give it up entirely. Rouf agrees sugar isn’t inherently bad: “It’s really about the amount and the type of sugar”, she says, adding any cold-turkey diet is likely to fail because it’ll only make you crave what you can’t have.

“It’s better to have a realistic approach towards cutting down sugar gradually,” she advises. It basically comes down to that old health cliche: everything in moderation. And if I’m now bingeing on Tim Tams once a month instead of a couple of nights a week… I call that progress.