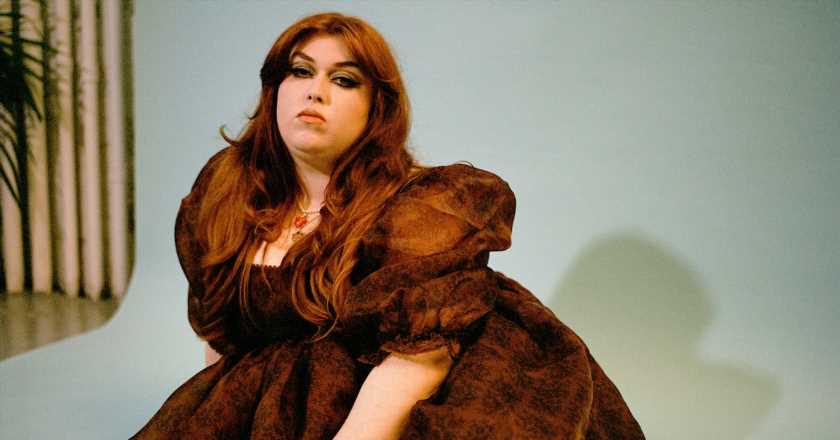 As Stylist’s digital writer, Lauren Geall writes on topics including mental health, wellbeing and work. She’s also a big fan of houseplants and likes to dabble in film and TV from time-to-time. You can find her on Twitter at @laurenjanegeall.

All products on this page have been selected by the editorial team, however Stylist may make commission on some products purchased through affiliate links in this article

To mark the release of her debut essay collection Poor Little Sick Girls: A Love Letter To Unacceptable Women, Ione Gamble talks to Stylist about the concept of self-care – and how reimagining the way we think about it could help us all.

We are a world obsessed with self-optimisation. From the pressure to be productive 24/7 to our obsession with health and wellness, our lives have become dictated by the need to be better.

But is any of this so-called ‘self-improvement’ actually serving us? Is there really such a thing as #LivingYourBestLife? And can loving ourselves more really answer all our problems?

Those are just some of the questions at the heart of Poor Little Sick Girls: A Love Letter To Unacceptable Women – the brilliant debut essay collection by writer and Polyester zine founder Ione Gamble.

Described as “THE book for femmes who are online and want more from activism and life,” the book sees Gamble dive into a myriad of topics, from chronic illness and Tumblr-era feminism to the much-debated concept of self-care.

“Even before I wrote Poor Little Sick Girls, I already had this kind of innate cynicism or distrust in the concept of self-care that we’ve been fed over the last decade – the kind of ‘buy a bath bomb, feel better’ narrative,” Gamble tells Stylist.

“It just felt very individualistic, and I didn’t like how it placed a political problem on the self by suggesting that you can self-improve yourself out of issues or problems that might be down to structural inequality or things out of your control.”

While Gamble admits to loving some of the ‘frivolous’ self-care she’s cynical of – “I love getting my nails done” – she’s also keen to encourage others to interrogate their own relationship with the concept.

Here, she speaks more about why it’s time for us all to rethink what self-care means and how her experiences with chronic illness have shaped her perspective.

In Poor Little Sick Girls, you write about the scepticism you’ve always held towards ‘self-care’ as a concept. Did writing this essay collection change your perspective at all?

“Through the process of writing this book and researching the history of self-care, I was interested to find out that it was initially a concept created by inpatients in hospitals that was then applied to people suffering from PTSD, before being taken up by the civil rights movement as a way for marginalised people to live well outside the healthcare and welfare systems that discriminated against them.

“So, as a concept, self-care has a really rich history that’s grounded in some quite radical political things, and I think researching this book kind of reasserted my belief that the version of self-care we talk about now is the flimsiest version of self-care you can have. It also showed me that there’s room for us to think about self-care in a much more meaningful way.”

What do you think the goal of self-care should be?

“I think self-care can be both individual and political. At the end of the day, you’re never going to be able to be a proactive person if you’re burnt out or extremely stressed, which we obviously all feel very often, especially in the current landscape.

“So, I think there are things we can do to self-soothe or self-affirm because this country has literally gone to the dogs – we’re dealing with a corrupt political system and many of us don’t feel nurtured in our jobs or our friendship group or our relationships.

“I think you have to take a holistic approach rather than thinking of it as all or nothing in either direction.”

Can the modern ‘bath bomb’ version of self-care ever be beneficial or productive?

“I think when the concept of ‘modern’ self-care came about, there was definitely productive potential there. For example, I learned about it from Tumblr from other people my age or a bit older, and we shared texts, historical texts and academic texts that kind of taught us all about the intersection between personal identity and political beliefs. And you know, innately, there’s nothing wrong with looking after yourself – everyone should do that.

“But I think where the problem arises is that now big corporations have latched on to self-care as something they can sell us to make ourselves feel better and make it seem like it’s a political act to buy these things, even though the products themselves may not be very ethical.

“So, I think we really need to liberate self-care from capitalism’s grip and try to take it back to some of its previous iterations and think about what we can do to all care for each other culturally. Because I think we need that now, more than we ever have in our lifetimes.”

We’re all more burnt out than ever – can self-care help us at all?

“I think the problem with using self-care to tackle burnout is that we’re all constantly micro-dosing the pair in equal measures. So, we’ll be near the point of complete burnout and we’ll be like, ‘OK, I’ll do this nice thing to pull myself back,’ whether it’s a holiday or a nice meal or having a bath.

“But that leaves us constantly teetering on the edge, and we don’t really give ourselves time to address whether we’re burnt out for wider reasons like working too much for not enough money.

“As a result, all we feel we can do is kind of teeter on this knife-edge of being really burnt out and then pulling it back a little by giving ourselves the chance to chill out for a minute. But really, it’s a much bigger, structural issue. When has the kind of self-care we implement now ever made anyone feel better for a prolonged period of time?”

How has your experience with chronic illness shaped your perspective of self-care?

“For the first two years after I was diagnosed with chronic illness, I definitely had to slow down in a way that mimicked the self-care that is sold to us – for example, you might see a quote telling you to rest or spend more time in bed, but at the time I couldn’t do anything else.

“So, for me, I suppose, self-care has become quite practical – it’s like getting up early to book a doctor’s appointment, and it’s not especially glamorous or gorgeous. But I think that’s where self-care should be rooted – asking how we can care for ourselves and our communities in a deep way.

“In the book, I write about how much I love getting my nails done and all kinds of frivolous things like that, but I feel like we need to admit that those kinds of things are just fun and make us feel good because they are a bit frivolous, and stop trying to retroactively fit meaning on to them as some kind of big, important statement.”

What’s the main message you hope readers get from the book?

“I hope people feel like they see points and arguments in there that they’ve been thinking about or that they’ve felt and haven’t known how to express.

“That’s definitely the approach I took to writing the book – asking myself: ‘When I think about these concepts, what do they mean? And what do I think about them?’ I hope the book helps people to probe a little deeper and question the things they see. And I hope people feel seen by it, I suppose.”

Poor Little Sick Girls: A Love Letter To Unacceptable Women is out now