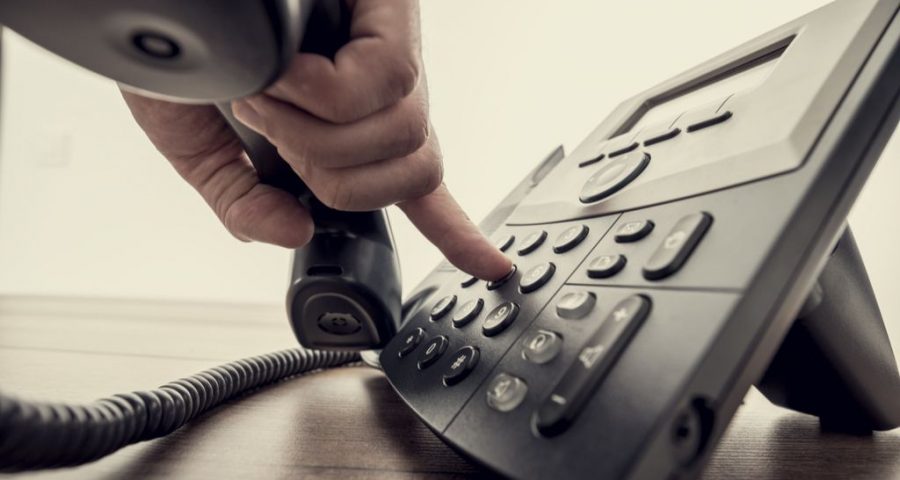 Tracking the close contacts of people who test positive for COVID-19 should, in theory, allow health departments to identify and isolate new cases of the virus before they spark surges of infection — and yet, in the U.S., daily coronavirus case counts continue to rise in many states.

So why isn’t contact tracing working to slow the spread?

Experts told Live Science that states could improve their contact tracing programs. But to make contact tracing effective, states must also bolster other weak points in their containment strategies — such as slow diagnostic testing. In addition, contact tracing works best when people are also social distancing, and when vulnerable populations can be reached and provided the resources needed to stay home if they test positive, which is happening in only a handful of places in the U.S.

To effectively slow viral spread, contact tracing must first be paired with fast and easy-to-access diagnostic testing, Live Science previously reported. Contact tracing begins when a new case of COVID-19 is identified through diagnostic testing, so delays in testing effectively undermine the operation before it’s begun, said Dr. Michael Reid, an assistant professor of medicine at the University of California, San Francisco, who leads a training program for contact tracers in partnership with the California Department of Public Health (CDPH).

Recent models, published June 16 in the journal The Lancet Public Health, suggest that contact tracing won’t stop transmission when there is a delay of three or more days between when a person shows symptoms and when they get tested for COVID-19. These models assume that a person can receive their test results on the same day they get tested — but right now many people in the U.S. are waiting well over a week to receive their results.

For example, the Sea Mar Community Health Centers in Washington recently reported waiting an average of seven to nine days to get test results back from Quest Diagnostics, according to The Seattle Times. CVS Health now tells people to expect their results in five to seven days, as compared to three to five days earlier in the pandemic, The Wall Street Journal reported. But even that extended deadline isn’t always met; one patient in Texas waited nearly two weeks for CVS to notify him of his test results, according to The Wall Street Journal.

Even in an ideal world, where people receive their COVID-19 test results within two days, contact tracing can still go awry. For example, if new cases of COVID-19 accrue too quickly for tracers to keep up, the system fails; that’s what is likely happening in Arizona right now, Dr. Purnima Madhivanan, an infectious disease epidemiologist and associate professor at The University of Arizona in Tucson, told Live Science in an email.

“Contact tracing is … largely ineffective in changing the course of an outbreak in a setting where cases are increasing at the rate we’re seeing in Arizona,” Madhivanan said. By early July, the state began reporting about 3,500 new cases a day, and as the weeks have worn on, that rate has only grown steeper, she said. Meanwhile, Arizona’s health departments have “neither the human resources, capacity, equipment or training to carry out comprehensive contact tracing on a scale that would make a difference at this point in the epidemic.”

For contact tracing to be most effective — meaning each infected person would infect less than one other person, on average, thus driving down viral spread — tracers must reach at least 90% of infected people’s contacts, according to a report published June 16 in the journal The Lancet.

That said, “even at lower coverage rates, impact can still be seen,” Reid noted. The average number of people each COVID-19-positive person infects, known as R0 (pronounced R-naught), determines how high that coverage rate must be. For example, when R0 is 3.5, more than 90% of contacts need to be traced to reduce spread, according to a Lancet report published in February. But if R0 falls to 2.5, 70% coverage or higher would suffice; at an R0 of 1.5, the virus can be controlled even if less than 50% of contacts are successfully traced, according to the modeling study.

When an infected person (eventually) receives their test results, contact tracers open a case investigation, according to guidelines issued by the U.S. Centers for Disease Control and Prevention (CDC). Contact tracers interview the infected person, usually over the phone, to gather information about their recent contacts. Any person that the infected party came within 6 feet (1.8 meters) of, and spent at least 15 minutes with, in the two weeks leading up to their test would be considered a “close contact.”

Contact tracers then reach out to those close contacts to alert them of their potential exposure and provide information about how the virus spreads, how to monitor their symptoms, where to seek testing and which medical conditions may heighten their risk for severe infection. Tracers also help determine the date of each contact’s potential exposure, and advise that they self-quarantine for at least 14 days following that date.

In California, contacts are told to get tested for COVID-19 on the day of the call and again 10 to 14 days into quarantine, assuming that they haven’t experienced symptoms and taken a test before that period is up, Reid said. Contacts who initially test negative are still advised to self-quarantine and monitor their symptoms for at least 14 days, per the CDC guidelines.

The city provides a case study in the difficulties of containment, even with robust contact tracing. New cases in San Francisco have nearly quadrupled over the last month; in early June, the city identified 2.7 new cases per 100,000 daily; now the health department is reporting 10 new cases every day per 100,000 residents. Reid noted that delays in diagnostic testing may contribute to the problem, and loosened social-distancing requirements have also allowed people to move about the state more freely, carrying the virus with them. In addition, San Francisco tracers have noted “lots of ‘out of jurisdiction’ cases,” meaning people from outside the city infect those living inside, he said.

“It doesn’t matter how good our [contact tracing] program is, if neighboring counties or states are not implementing as robust programs,” Reid said.

Arizona’s health departments have “neither the human resources, capacity, equipment or training to carry out comprehensive contact tracing on a scale that would make a difference at this point in the epidemic.”

“From a process point-of-view, we’re also interested in doing this as quickly as possible,” in addition to reaching as many contacts as possible, Reid said of the contact tracing program in San Francisco. Contact tracing only works when contacts can be identified and reached within 48 hours, Madhivanan added.

The ability to contact trace efficiently comes down to the number of contact tracers available and their designated workflow — namely, how long can they spend calling each case and contact, Reid said. To keep up with demand, California set a standard for each county to recruit at least 15 contact tracers per 100,000 residents, according to The San Jose Mercury News. The state now employs more than 10,000 contact tracers, but they’re not evenly distributed; some counties have far exceeded the recommended number, while others, such as Alameda County, lag far behind.

But even counties like Santa Clara, equipped with three times the minimum number of tracers, cannot tell if their efforts are helping to reduce viral spread. During the week of July 6, Santa Clara County tracers reached about “about 70-75% of all cases and 65% of contacts” and “the vast majority are reached within 48 hours,” Santa Clara County Assistant Health Officer Dr. Sarah Rudman told the Mercury News. Besides recruiting plenty of tracers, programs must be able to accurately track how many contacts they reach, and how quickly, or they won’t be able to spot inefficiencies lurking in their system.

Some health departments, including Dallas County Health and Human Services (DCHHS), conduct case investigations and contact tracing through text message and online surveys, in an attempt to streamline the process from the start.

“That skims off a lot [of time] at the top,” but that said, the survey completion rate currently hovers around 33%, said DCHHS Director Dr. Philip Huang. The department currently has about 180 contact tracers on staff and aims to recruit 260 more to man a new call center. Huang noted the importance of recruiting bilingual tracers, a priority shared by California’s contact tracing program, in order to effectively communicate with everyone on the other end of the line.

But even if tracers can deliver the necessary information to everyone they reach, “at the numbers we’re at now, you can’t contain this,” Huang said. Again, with such a high rate of viral spread, contact tracers would need to reach 90% of all close contacts to effectively drive down the R0 value. In short, contact tracing represents just one piece of the comprehensive strategy needed to get the outbreak under control — it cannot work in isolation, Huang said.

Other pieces of the puzzle

Let’s assume people can get tested quickly and easily for COVID-19 and contact tracers reach out within 48 hours. How then can we guarantee that contacts actually self-isolate?

“All of a sudden your primary breadwinner [could be] required to stay home for 14 days, or longer,” depending on whether they then test positive for the virus, said Rodney Rohde, chair of the Clinical Laboratory Science program and a professor in the College of Health Professions at Texas State University. In these cases, states could help people stick to self-isolation by providing monetary and material support to those stuck at home, he said.

San Francisco instituted such a program for people who have already tested positive for COVID-19, known as the “Right to Recover” program, The Mission Local reported. Right to Recover provides funds to self-isolated people who would otherwise be without income for that period of time. Workers without sick pay or unemployment funds can receive a minimum of $1,285.60 for two weeks and a maximum of $2,2571.20 for four weeks.

—The 12 deadliest viruses on Earth

But again, for now, the program only applies to those who have tested positive for COVID-19. “My hope is that the Right to Recover funding will support cases as well as contacts” in the near future, Reid said. In addition to cash, states could provide cleaning supplies, masks, food, medications, childcare, pet care, access to hotel rooms — “and we could be even more imaginative,” Reid said.

In particular, states should ensure that their diagnostic testing and contact tracing efforts prioritize vulnerable populations, Reid stressed. In San Francisco, that means funneling resources to the Latino community and homeless people, who have been disproportionately affected by the virus, he said. DCHHS also prioritizes people in high-risk, congregate settings, such as food processing plants, homeless shelters and nursing homes, to alert them of potential outbreaks and coordinate diagnostic testing for all who need it.

Finally, mental health support and educational campaigns cannot be overlooked when talking about contact tracing, Rohde said. People may be upset or frightened upon learning of their potential exposure, and some may need reassurance or additional information before they’ll agree to quarantine, he said.

When people receive a call about a potential infection, they can sometimes “go down these rabbit holes of anxiety,” Rohde said. “It’s not silly. People have different reactions to infectious disease,” and some may benefit from speaking with subject matter experts who can address their concerns. “‘Frequently asked questions’ on websites only go so far,” so health departments might consider establishing designated hotlines for close contacts to call, he said.