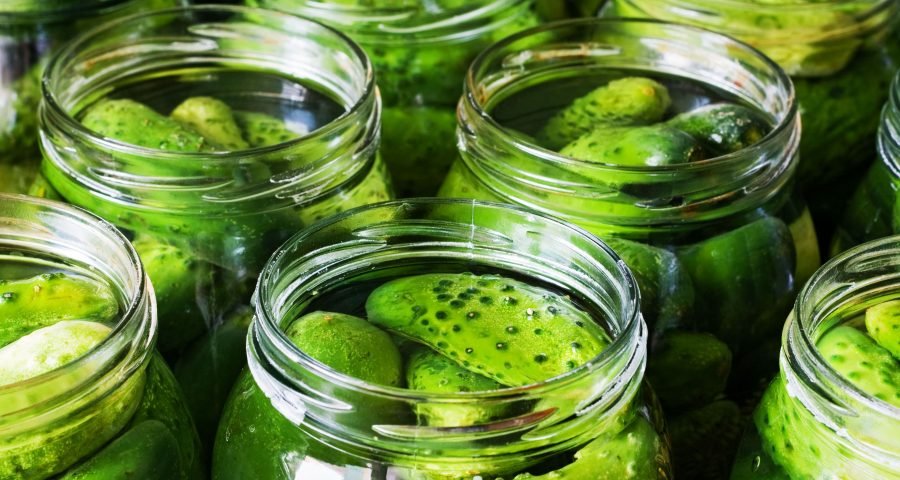 Coconut water had its day as the workout drink of choice, and the New York Post reports that pickle juice’s may be picking up—sporty patrons at the Pickle Guys on Manhattan’s Lower East Side are buying just the brine and drinking it straight up. It’s not limited to your local gym: SportsIllustrated.com reports that athletes as diverse as tennis stars at the Australian Open and some NHL players have been spotted chugging the stuff. More than a few endurance athletes swear by it.

Which made me relieved that my eating habits were, for once, on trend. I started swigging pickle juice before workouts a few years ago in the hopes of stopping cramping during crazy-long open-water swims. I later found out that the evidence for that keeps swinging back and forth. But the pickle juice stayed, anyway.

I drink it sometimes after a long, hot-day run, too: it’s low in calories if you don’t get the sweet ones, and it contains electrolytes—those food components that help keep muscles functioning. Sodium is one of those electrolytes, and pickle jars are loaded with enough of it to make a nutritionist choke. For example, Vlasic Original Dill pickles contain 780 mg of the stuff in a whole pickle (experts like your limit to be 2300 mg a day). I don’t have any problems with sodium or blood pressure, so I drink up. Plus—pickle haters, cover your ears—I find its big flavor and tangy bite kind of refreshing.

It seemed like a good idea to drink it, especially since sugary beverages (most sports drinks qualify for good reasons—endurance athletes need calories that are easy to consume and digest on the go) have been linked to a shortened life. In one recent study, two drinks a day were recently linked to a 31 percent higher risk of early death from cardiovascular disease.

And if you want just the juice and not the pickles, there’s even a pre-packaged product called Pickle Juice that contains vinegar, salt, dill oil, and some nutrients including potassium. That lets you run zero risk of choosing a jar of garlic-infused pickles by mistake, an error no lanemate or running partner will ever thank you for.

So I called Valerie Goldstein, R.D., a blood sugar and health expert in New York City to find out if it’s smart to gulp. Let’s just say she’s not going to be selling the stuff any time soon. I thought she’d be into it, since it seems like a product that’s closer to nature than sports beverages. Probably not the way I’ve been drinking it, she pointed out, which is straight from the jar, not from a fancy pickle vendor on the Lower East Side. In order to keep cucumbers on the shelf and not have a tub of mold a few weeks later, you need preservatives, she says. Plus, and some brands contain dyes.

It’s also heavy in one electrolyte—sodium, of course, which I knew she’d bring up. “You need a balance of different electrolytes,” she said. And you know where you can get that? Food. Instead of gulping pickle juice, she suggests, “why not have a green drink after a workout? You can get ready-to-drink ones without much sugar and you can be drinking spinach, or kale, or celery, or cucumber.”

She did back down and say that a shot of it now and then for healthy people isn’t the worst thing, but gulping it by gallons may not really get you what you’re looking for.