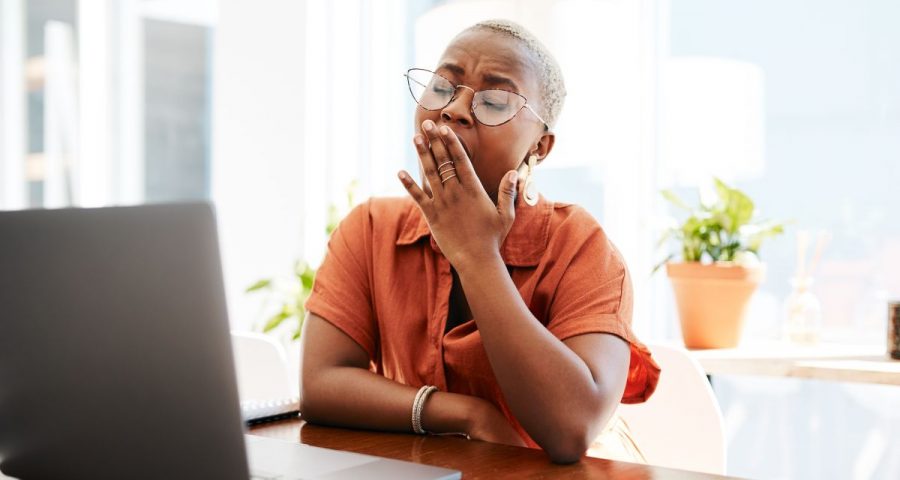 Few things are as irresistible as slumber’s post-lunch siren call, but why do we feel sleepy after eating? After all, food is an energy source, not an energy sapper—right?

Unfortunately, the human body isn’t that simple, with a cornucopia of factors coming into play to determine how tired a person feels.

“When we eat a meal, it spurs a series of actions in the gut and across the body,” Claire Shortt, a nutritionist with a background in microbiology, told Live Science.

This answer is provided by

Claire Shortt is a nutritionist and lead scientist for health technology company FoodMarble (opens in new tab). She has a background in microbiology, with a degree in the subject from University College Dublin and a PhD from the same institution in infection biology.

According to Shortt, undulating blood sugar levels may be one of the contributing factors to the sleepy feeling we experience after food. “When we eat high-sugar foods it can cause our blood sugar to rise and then fall quickly,” she explained. The resulting crash can lead to sudden tiredness.

However, this isn’t the only thing to consider when trying to avoid a 3pm slump, as our hormones have a role to play too. After eating, we can sometimes see a spike in the production and release of serotonin. Although this is colloquially known as the ‘feel good hormone’, it could have other side effects too.

“Serotonin plays a critical role in our mood and sleep cycles, and when levels rise after a meal it can lead to making you feel sleepy.”

A review of studies published in the Sports Medicine (opens in new tab) journal states: “Serotonin has been linked to fatigue because of its well known effects on sleep, lethargy and drowsiness and loss of motivation.” Although the same piece also notes more robust evidence is needed to prove that serotonin plays a significant role here.

So, while it can’t be said for certain, a boost in serotonin levels after eating could be responsible for that horrible groggy feeling.

Which foods make people most sleepy?

Dr Shortt told Live Science that some foods are more likely to cause tiredness than others.

“Eating foods rich in an amino acid called tryptophan may bring about some drowsiness. This is because it is involved in the production of serotonin. Tryptophan is found in many protein-rich foods like cheese, eggs, turkey and tofu.

“Some other foods, like cherries, can affect your melatonin levels which can enhance your sleep. You can even buy milk with high levels of melatonin pitched at helping improve your sleep.”

A 2015 study on the physiological effects of melatonin, published in the Neurochirurgie journal, reinforces the link between melatonin levels and sleep. It states: “There is some evidence that melatonin stabilizes and strengthens coupling of circadian rhythms, especially of core temperature and sleep-wake rhythms.”

But it’s hard to provide a decisive list of ingredients to use for a less languid mood after meals. According to Dr Shortt, this is because a person’s reaction to certain types of food may also come down to allergies or intolerances.

“Feeling fatigued or fuzzy after a meal, sometimes known as ‘brain-fog’, is commonly seen in individuals with food allergies and intolerances, or in those with a condition called small intestinal bacterial overgrowth (SIBO). SIBO can be diagnosed using a glucose or lactulose breath test. You should speak with your doctor if you suspect you might have SIBO.”

How to avoid feeling sleepy after eating

While research is yet to provide a final answer on why people sometimes feel sleepy after eating, Dr Shortt advised that there are some steps that people can take if they’re trying to increase their afternoon productivity levels.

“Including high fiber foods with meals can help to stabilize your blood sugar levels and avoid that crash, meaning you’re less likely to be sleepy,” said Dr Shortt. “Try to eat regular meals and avoid eating very large portions. This can overload your digestive system making you feel tired and sluggish.”

Harry Bullmore is a fitness writer covering everything from reviews to features for LiveScience, T3, TechRadar, Fit&Well and more. So, whether you’re looking for a new fitness tracker or wondering how to shave seconds off your 5K PB, chances are he’s written something to help you improve your training.

When not writing, he’s most likely to be found experimenting with a wide variety of training methods in his home gym or trying to exhaust his ever-energetic puppy.

Prior to joining Future, Harry wrote health and fitness product reviews for publications including Men’s Health, Women’s Health and Runner’s World. Before this, he spent three years as a news reporter with work in more than 70 national and regional newspapers.