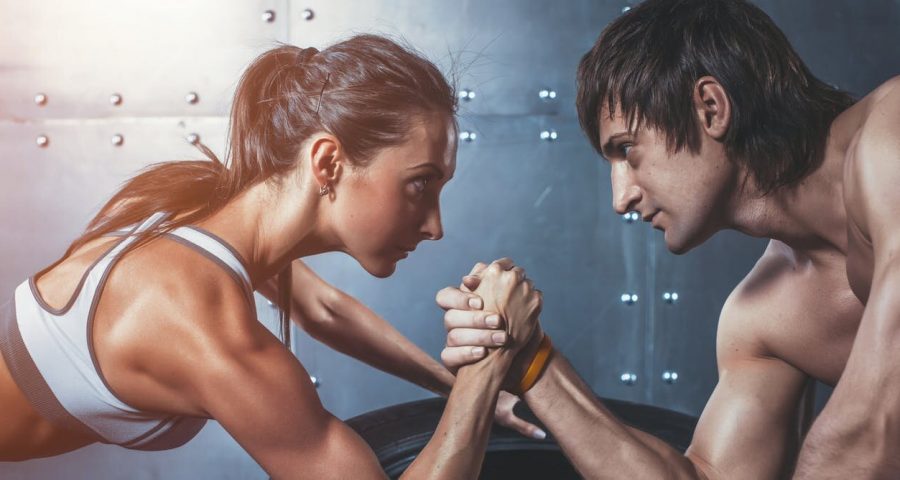 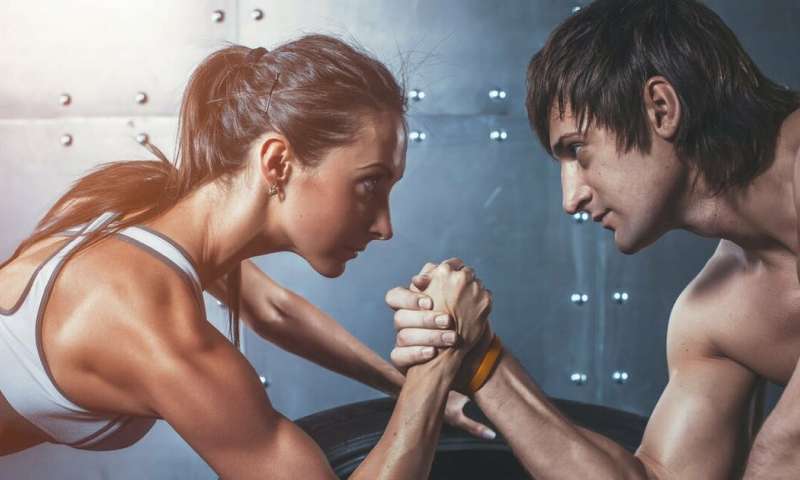 Is there anything more exciting than a battle of the sexes? In popular culture, this usually focuses on societal gender roles. But, there’s another battle of the sexes, a biological war waged by the body’s immune system. Can this conflict finally tell us who is stronger – men or women?

In the United States, most people have, or know someone who has, an immune-related condition, like allergies, migraines or autoimmune diseases. Chances are, these individuals are female. Females have much higher rates of immune disorders. One of these diseases is irritable bowel syndrome (IBS), a disorder that causes significant abdominal pain. IBS affects 10 to 15 percent of the U.S. population, and is up to four times more common in women than in men.

To understand why, my research team is looking to mast cells, a type of white blood cell that is part of the immune system. I am a gastrointestinal biologist, and I’m interested in solving why factors, including being female or male, as well as life stress, increase vulnerability to certain disease, specifically through mast cells. At the Michigan State University College of Veterinary Medicine, my research team in the Gastrointestinal Stress Biology Laboratory has discovered unique sex differences in mast cells that may explain why females are more prone to certain diseases compared with males.

When activated by stress or allergens, female mast cells release more inflammatory substances, which can provoke a more aggressive immune response such as anaphylaxis – a serious, potentially life-threatening allergic reaction – and leaky gut.

We have discovered that mast cells isolated from females make and store more inflammatory substances – histamine, serotonin and proteases – than mast cells from males. These substances are responsible for many symptoms of mast cell-associated disease, including airway congestion, migraine headache, abdominal pain, digestive issues and shortness of breath. While mast cells from females and males have the same genes, with the exception of sex chromosome genes, their levels of gene activity differ significantly. In fact, we found that more than 4,000 genes were more active in female mast cells compared with those from males.

Further, many of the highly active genes in females produce proteins that are involved in manufacturing and storing inflammatory substances such as histamine and proteases. This unique difference in the ability of females to store and release more histamine and proteases may explain why female mast cells can trigger a more potent immune reaction. It also may suggest why women may be more vulnerable to certain diseases and disorders and men are more resistant.

So far, it’s sounding pretty good for men. Their mast cells produce less inflammatory mediators and they are less prone to have hyperactive immune disorders like autoimmune disease, chronic pain disorders and IBS. But, there’s another side to the story that gives women a huge advantage.

Because women have much stronger immune systems than men, they can mount more effective immune responses against viruses and bacteria. While the precise reason why females mount a greater immune response is not fully understood, mast cells are likely an important factor.

Mast cells are the first immune cells to become activated in response to pathogen infections and are critical for orchestrating the immune responses necessary for clearing infections and for developing protective immunity to prevent subsequent infections. Therefore, women’s immune systems are superior.

The immune system is also important for regulating the growth of cancer cells, which may be a major reason why men have higher rates of death from cancer. The greater immune response in females is not just in humans; this pattern is observed across species.

As precision medicine continues to develop, sex-specific treatments for immune-triggered conditions may become available. These therapies could moderate mast cell activity and stop the onset of disease. To do this, research must identify exactly when mast cells begin behaving differently in both sexes.

Research already shows that many immune-triggered conditions show a sex bias in children before they reach puberty. Because of this, my research team is looking beyond adult sex hormones as the main arbiter of sex differences in mast cell diseases.

Our current research at MSU’s Gastrointestinal Stress Biology Laboratory focuses on when sex differences in mast cells emerge during development. We are also examining whether or not exposure of the fetus to hormones called androgens can contribute to sex differences in mast cells and disease susceptibility throughout life. At MSU, instead of looking at adult sex hormones we are beginning to look much earlier in the life cycle.

This exploratory research focusing on early life origins of sex differences in mast cells represents a new area of investigation and will hopefully help us understand why females are more vulnerable to, or why males are protected from, mast-cell related diseases throughout life.

Right now, people with immune-triggered conditions can’t do much to change the effects of sex and genetics on their mast cells. But understanding which lifestyle factors invoke hyperactive mast cells, causing them to release the chemicals that make us miserable, is important for minimizing disease.