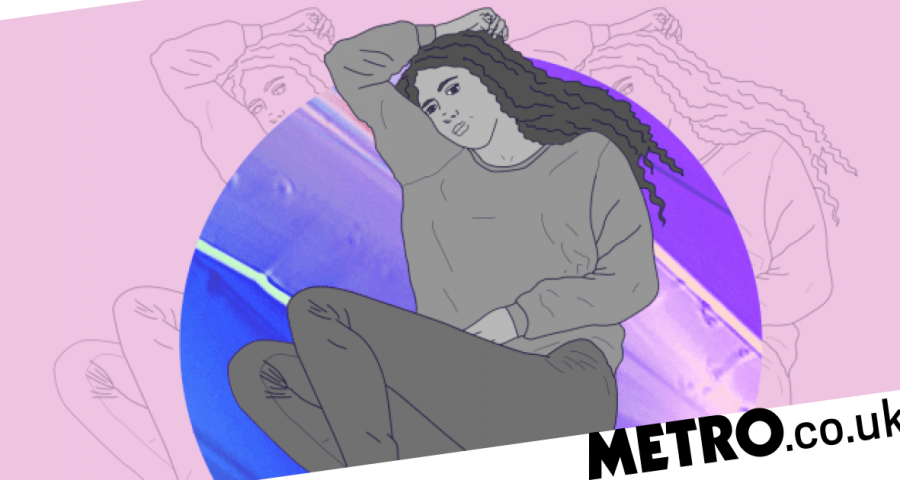 The line between OCD and superstitions, belief systems, and quirks can look a little blurry.

Let’s say someone wears the same shirt to every football game, believing that if they don’t, the team they support will definitely lose.

Is that so different to the person counting ceiling tiles over and over, under the belief that a failure to get the number right will make bad things happen?

Most of us hold beliefs that don’t stand up to logic or empirical evidence; some more acceptable than others.

Having religious faith, having superstitions, knocking on wood to cancel out bad luck, owning a pair of lucky underwear – these are all considered pretty standard.

The general consensus is that even if our beliefs aren’t logical or provable, they’re not a cause for concern.

That’s unless you have OCD.

The belief that an act will make you safe or prevent something from happening is a part of OCD – the NHS specifies that those with OCD will experience obsession (intrusive thoughts that repeatedly enter your mind) followed by intense anxiety and distress, which leads to repetitive compulsions as an attempt to self-soothe.

Chloe* is a 26-year-old account executive living in London. She’s lived with OCD since childhood and says that in ‘bad’ periods in recent years horoscopes became an unhealthy obsession.

‘I had lots of different apps so I would just check them all to see what they each said, then read into them in the most extreme way,’ Chloe tells us.

‘If one said to avoid conflict I felt like I couldn’t talk to anyone in case it turned into an argument. I’d be so scared to talk because my horoscope app had said that if I did, everything would go wrong.

‘There was one time when an app told me conflicts in relationships might arise. I was dating someone at the time so I just didn’t message them the entire day because I was so certain they were going to dump me.

‘If my horoscope said anything I could read as a bad day, I went straight into obsession mode and would do all my old compulsive behaviours – I mostly do checking and counting – to protect myself.

‘It didn’t matter if a horoscope was positive. I just went on to a different app and looked at what they said in case there was something wrong.’

It’s not that horoscopes and astrology apps are to blame for Chloe’s OCD spiral, but that they’re an easy shape for OCD patterns to mould into.

‘I can tell pretty quickly if I’m having a bad spell,’ Chloe tells us. ‘On a good day I can look at a horoscope and I’m fine. If I’m struggling already then I’ll spin everything into a negative and obsess over it.

‘It’s something easy to obsess over because it gives my thoughts more weight. Normally my OCD will make me think that “something bad” will happen, but if anyone challenges that I can’t explain what it would be or why that would happen. With horoscopes I can point to astrology and say ok, well if I don’t do these things it will result in losing money because that’s what my horoscope says.’

They can provide reassurance, allowing checking them to become a self-soothing compulsion.

Claire Bogen, 32, is a publicist who was diagnosed with OCD in her twenties.

Her intrusive thoughts tend to be about things she can’t control, while her compulsions act as a way to ensure something will or will not happen.

‘So for example, when my boyfriend and I were split up, I would tell myself I had to win a game of squash (which I play regularly) and he’d come back,’ Claire explains. ‘I go through periods of making promises to myself via wishes, horoscopes, achievements. I’m very superstitious.’

Claire initially looked to horoscopes to create a sense of control. She found reassurance in the form of positive predictions for the day ahead, but when her OCD flared up she found herself becoming obsessive.

‘During bad bouts of anxiety, I cannot leave the house without checking my horoscope,’ she explains. ‘If I knew what was going to happen then it was a reassurance.’

Horoscopes tend to be positive. As Claire puts it, it’s pretty unlikely that a horoscope or astrology app would tell loyal readers that they’re ‘going to die today’.

As with so many behaviours, those with OCD have to regularly question whether what they’re doing is harming or healing – whether they’re treating stress with genuinely relaxing actions or doing the compulsions only for the momentary high of relief.

When Amber*, 21, became interested in astrology, she had to carefully manage the relationship between horoscopes and the OCD she was diagnosed with at 16.

‘My OCD manifests itself primarily in harm intrusions, existential ruminations, obsession with numbers and their supposed ‘safe’ and ‘unsafe’ attributes,’ Amber tells us.

‘For many years I was unable to do anything in an odd number because in my mind, odd numbers meant unlucky and would mean that my family would come to harm.

‘With the type of personality I have and the type of OCD that I have, horoscopes have the potential to become a triggering point for me if I don’t check my own thoughts.

‘It’s a new way to look at the world and a new way to understand myself and as long as I don’t let myself dwell so much on what one certain horoscope might say, I do find it quite comforting.’

Amber is in therapy, and so is at a place where she’s able to take a step back and look at whether her interest in horoscopes is under control.

‘I haven’t altered my behaviour [due to horoscopes] because I am at a stage in my OCD recovery where I know it would be a slippery slope to go down,’ she says.

‘I generally check my sun sign horoscope most days but I use the time passages app at the end of the week rather than the beginning to protect myself from dwelling on what might happen and instead reflect on what did happen.’

Self-awareness and checking in is essential in OCD recovery, and that includes reflecting on any thought or behaviour that becomes a consistent part of your life.

Horoscopes aren’t an evil force that need to be ditched entirely. They can provide comfort, a way to assess everyday life and self-reflect, and meaning to all the things that are out of our control.

People with OCD will know that any behaviour can become unhealthy. The trick is in knowing the line between enjoyable interests and beliefs that are causing you distress.

Professor Stephen Palmer, a psychologist at the Centre for Stress Management, explains: ‘A key element of OCD is that your ritualistic thinking and/or behaviours are disrupting your life and maintaining anxiety.

‘The questions to ask yourself would be: Am I taking the horoscope too seriously? Am I ruminating about the horoscope’s predictions? Am I using my horoscope as a distraction as it helps to temporarily reduce my anxiety? Does your anxiety increase when you have been unable to read your horoscope?’

If you feel that your relationship with horoscopes may be unhealthy, talk to a therapist rather than assuming that because your obsession isn’t harming anyone, it’s okay to continue. Even if checking horoscopes relieves anxiety in the moment, the repetitive action could cause you further distress in the long term.

‘If reading a horoscope introduces certainty into your life then it may reduce anxiety,’ explains Stephen. ‘Repetitive thought and behavioural rituals temporarily reduce anxiety. Paradoxically, carrying on with them actually helps to maintain their anxiety in the long-term.

‘That’s why we would encourage our clients and patients to reduce or cease their rituals. But it can be tough in the short-term so if a person can’t just stop then we would recommend cutting back how often they undertook their rituals.’

Going cold turkey can be impossible, especially when your obsession is in the form of a socially acceptable superstition. You can reduce your dependency on horoscopes, absolutely, but you can’t entirely escape chats about people’s star signs and astrology pages in your favourite magazines.

What you can do, however, is learn not to give horoscopes’ predictions too much power.

You can’t control everything – even by obsessively checking the meaning of the stars’ positions.

‘My OCD is very much wrapped up with control and horoscopes remind me that I don’t have total control,’ says Claire. ‘Some things are up to the universe.’

*Names have been changed.