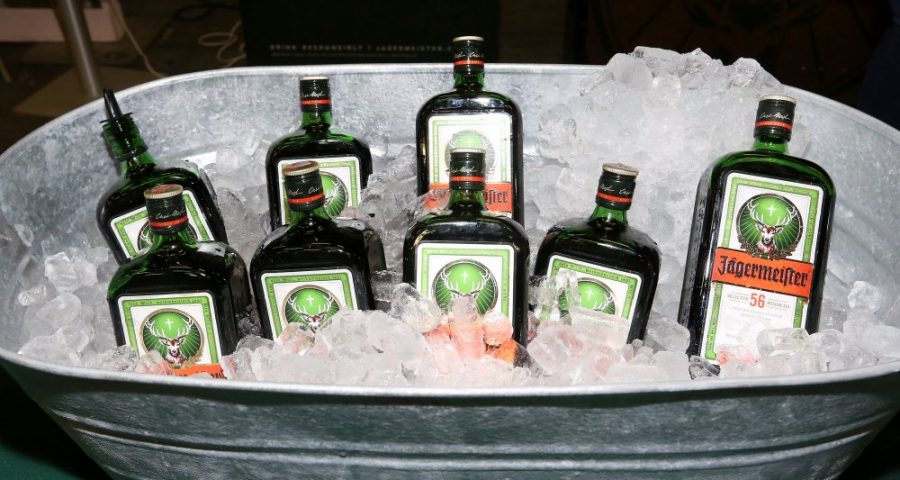 Anyone who has come near a bottle of Jägermeister either loves it or loathes it at first sniff. And while it has associations to frat parties and cheap drinks in pop culture today (who hasn’t heard of the Jägerbomb?), the herbal liqueur has more to it than meets the eye.

Jägermeister was concocted by Curt Mast nearly a hundred years ago in 1935, decades after he took over his father’s vinegar factory in Wolfenbüttel, Germany. Jägermeister is made with a blend of 56 ingredients — some of them known, most of them secret. Unlike Coca-Cola, which fiddled with its flavor from time to time, Jägermeister has stayed true to the recipe that has made it a success (via Thrillist).

The Missoulian says Jägermeister is the result of a brewing process where the ingredients are ground, blended together, and left to seep in a blend of alcohol (70 percent) and water for a few days until the herbal compounds are extracted. The process is repeated for about five to six weeks until the base for the tonic has been made, and it is then stored for a year in oak casks before it is all blended with water, alcohol, sugar, and caramel. Fun fact: no deers are harmed in the making of Jägermeister.

Jagermeister is packed with healthy herbs

While the internet is full of stories about the joys and the horrors of abusing the drink (some people talk of blackouts, particularly after having a few too many Jägerbombs), those who have attempted to dissect its ingredients say that Jägermeister, when taken in moderation, is actually good for you.

The Missoulian says Jägermeister was originally sold as a digestive and a cough suppressant (which is why it smells like something you take if you have the flu). Some of the tonic’s known ingredients include star anise and licorice root, which have been used to treat illnesses including skin inflammations like eczema, stomach illnesses, and sore throats (via Medical News Today). Jägermeister also contains herbs including cinnamon bark, cloves, ginger root, coriander, bitter orange skin, red sandalwood, ginseng, saffron, coriander, lavender, rose hip, and juniper berries — all of which are important ingredients for treating a variety of illnesses in Traditional Chinese Medicine (via Life with TCM).

If Jägermeister is consumed daily as a health tonic, it could well be an anti-inflammatory that can improve digestion, sleep, and help with chronic coughing. But for this to work, drinkers would have to dump the Red Bull and consumer Jägermeister neat — and in moderation — first. Health tonic or not, Jägermeister is still alcohol, and drinking too much of any alcohol every day is risky, according to the Mayo Clinic.