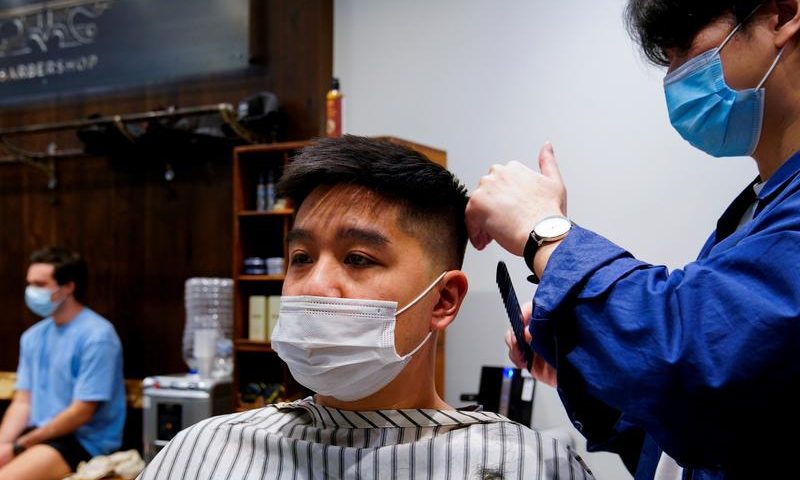 (Reuters) – Here’s what you need to know about the coronavirus right now:

African Union to buy up to 110 million Moderna vaccines

The African Union intends to buy up to 110 million doses of COVID-19 vaccine from Moderna in an arrangement brokered in part by the White House, which will defer delivery of some doses intended for the United States to facilitate the deal, officials told Reuters.

The doses will be delivered over the coming months, with 15 million arriving before the end of 2021, 35 million in the first quarter of next year and up to 60 million in the second quarter.

An expert panel will weigh authorization of Pfizer and BioNTech’s vaccine for children aged 5 to 11 on Tuesday as it prepares to vote on a recommendation for the U.S. Food and Drug Administration.

The panel’s vote is an important regulatory step in getting the vaccine into the arms of millions of children in the United States where schools are largely open for in-person learning.

China is demanding faster and more accessible COVID-19 testing services in its latest effort to reinforce a zero-tolerance policy against the virus, even when cities have already scrambled to test millions in just a few days amid outbreaks.

Frequent testing, and sometimes mass testing, is standard practice in China’s containment of domestically transmitted outbreaks in the past year, but health authorities say testing services remain unsatisfactory in parts of China.

Russia on Tuesday reported 1,106 COVID-19 deaths in the past 24 hours, the highest figure since the start of the pandemic, amid a surge in new cases that has prompted authorities to reimpose partial lockdown measures.

Bulgaria reported record numbers of daily coronavirus deaths and infections on Tuesday as a fourth wave is stretching the health system in the European Union’s least vaccinated member state.

New infections in the previous 24 hours topped 5,863 while 243 people died of the virus, official data showed. The pandemic has killed 23,316 people in Bulgaria.

Sweden has registered 9 new COVID-19 deaths since Friday, pushing the death toll since the start of the pandemic past 15,000, data showed on Tuesday.

The milestone was reached with deaths having started to creep up again after a summer lull in the pandemic, although they remain far below the peak levels seen last winter.

Cuba will open its borders and ease entry requirements next month after vaccinating most of its people with home-grown COVID-19 shots.

As of Nov. 15, Cuba will only require visitors to carry proof of vaccination or a recent PCR to enter the country, replacing what were previously among the strictest protocols in the Caribbean, involving a quarantine period and multiple PCR tests.