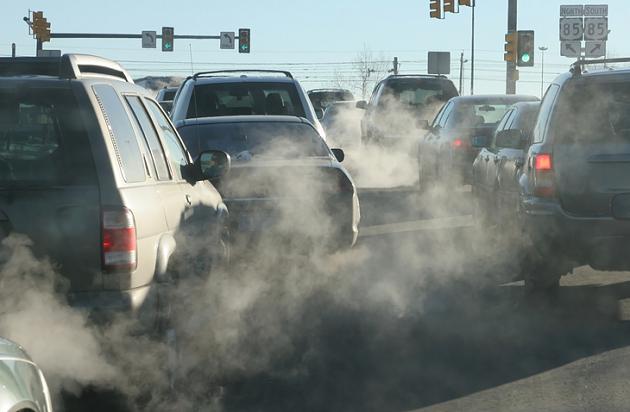 Driving bans in cities, towns or speed limit on the highway experts have been calling for for years, a reduction of the nitrogen oxide pollution for the protection of the population. Or the effects of the Diesel exhaust gases are not so bad? A Lung doctor has reignited the debate.

So far, not only for Environmental medicine is clear: nitrogen oxides from Diesel exhaust are one of the major health risks. Now Dieter Köhler, former President of the society for lung medicine, and more than 100 other pulmonologist pushes this Belief on the pile. The required limit values (40 micrograms of nitrogen dioxide per cubic meter of air in towns and cities) are way over the top and for the protection of health is overrated, appropriate studies full of weaknesses.

The experts disagree with your opinion, show a position paper of the German society for pneumology (DGP) by the end of 2018, which stated: “studies have shown that fine particulate pollution by agriculture, industry and transport is harmful to health.”

The Koehler’s Argument that the exhaust gases affect a healthy person, by a representative of the majority opinion, such as Christian Witt from the Charité hospital in Berlin: “skin Meet the pollutant on an already damaged mucous membrane, they act as a fire accelerant – fires of inflammation.”

But what is actually so harmful to Diesel-driven vehicles and their exhaust, that they should be banned from cities, and in the long term, the market will disappear?

From the exhaust of vehicles that run with Diesel instead of gasoline, come on nitrogen oxides. They react with oxygen to form nitrogen dioxide. The Gas irritates the eyes and respiratory tract, penetrating deep into the lungs, constricts vessels, bronchi, and blood, and can trigger inflammation. “Exhaust fumes of road traffic, in particular diesel fuel, can activate the platelets in your blood of cardiovascular patients, and to clump together so their tendency to increase. The pumping function of the heart worsens, proven, the blood pressure rises, and the process of atherosclerosis is significantly increased. This promoted the emergence of a heart attack,“ explains Thomas Münzel by the Scientific Advisory Board of the German heart Foundation and Director of the cardiology clinic I of the University medical center Mainz.

The Diesel exhaust fumes can lead to respiratory diseases such as Bronchitis or Asthma, allergies, reinforce and even heart attacks favor. Together with other gases and particles from the Air oxides of nitrogen combine to fine dust, also increases the risk for heart attack and stroke.

Even if it is undisputed that nitric oxide is unhealthy, however, is not yet investigated exactly how it affects the Individual. Whether it is, for example, only for particularly sensitive people a health risk. In 2007, British researchers had a trial with Asthma patients, the exhaust gases of diesel engines converted as a health hazard by leaving you for a few hours on busy streets of London for a walk.

In addition, it is difficult to make a single air pollutant health risks. Except for the nitrogen sources of dust, soot or toxic metals from the Diesel exhaust pipes oxides.

A study at the University hospital of Jena has shown that the importance of nitrogen oxides on the risk of myocardial Infarction is even more greater than previously suspected. A short, rapid increase of the nitrogen oxide concentration makes the heart risk to the top fast: An increase of 20 micrograms per cubic meter of air in a day, the risk doubles. The researchers compared patient data from 2003 to 2010, with the measurements of nitrogen oxides, ozone and fine dust of the Thuringian state office for environment and Geology.

The result from the comparatively small city of Jena, where the air-limits are only exceeded on a few days in the year, made it clear that it is not only a long-term high nitrogen oxide loading brings the heart in danger.

The European Union has already set limits to the pollution with nitrogen oxides to keep as low as possible: is 40 micrograms per cubic meter of air as an annual average and a maximum of 18 times per year for one hour to 200 micrograms.

Since the Federal administrative court paved in February 2018 the way for bans in Germany, the threat this year in several cities restrictions for certain Diesel-power vehicles. Berlin, Stuttgart, Frankfurt, Cologne, Essen, Darmstadt, Mainz, Duisburg, Wiesbaden, Gelsenkirchen and Bonn have already concrete plans. Hamburg has introduced as the only city in the previous year, a ban on driving on certain routes in the city.