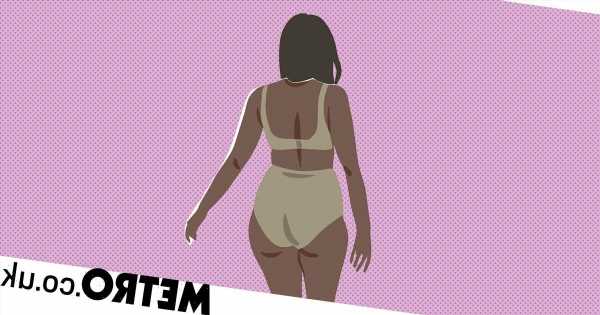 Constantly ‘loving your body’ – no matter what – can feel impossible at the best of times.

Not to mention that if you fail, it often leaves you feeling even worse about yourself.

It’s no wonder then that some people are beginning to reject this idea of body positivity altogether, advocating instead for a new mode of thinking, known as ‘body neutrality’. Some of the movement’s biggest advocates include Taylor Swift and actress Jameela Jamil.

Body neutrality is sometimes pitched as a ‘middle ground’ between the polarising messages of loving or hating your body. It’s aimed at people who have become disillusioned with the body positivity movement, and those who find constantly loving your body too difficult.

There are also concerns that a body-neutrality approach could ultimately have a negative effect on body image. However, research shows how many of its ideas can improve your wellbeing if applied in the right way.

The term ‘body neutrality’ first emerged around 2015. However, it gained popularity in 2016 when counsellor Anne Poirier began leading workshops that aimed to help participants understand that loving their bodies isn’t always a realistic goal.

According to Poirier, these sessions were borne out of an understanding that, for some people, ‘it’s kind of a long jump to move to body positivity from dissatisfaction’.

But body neutrality is more than just a middle ground between loving and hating yourself. And what it looks in practice will differ depending on each person.

For some, the aim of body neutrality is to change the way they think about their body – or rather, to spend less time thinking about it in general. This way of thinking draws on notions of mindfulness, encouraging people to ‘just be’.

Basically, the aim is to exist within your body without judgement or holding strong opinions about how you look. The movement encourages us step back from conversations about our bodies and appearance, which in turn frees us to do the things we enjoy.

In this sense, body neutrality is about acceptance. The movement acknowledges that we may not love our bodies every single minute of every day, but emphasises that there’s nothing wrong with that. Instead, proponents of body neutrality encourage us to accept our bodies as they are, and to not punish ourselves even if we aren’t what society deems as ‘perfect’.

Others in the body neutrality movement want to change the value placed on beauty and appearance in society. Instead of focusing on what our bodies looks like and only valuing ourselves for our appearance, body neutrality encourages us to focus instead on what we do with our bodies.

In this sense, body neutrality places an emphasis on appreciating your health and what your body is capable of doing, not on merely valuing your body because of how you look.

Given the buzz around body neutrality, it might come as surprise to learn that there’s been very little research on the benefits of body neutrality. But some researchers are concerned that, in practice, body neutrality may even result in more negative body image – especially if people end up merely “tolerating” their bodies.

However, body neutrality shares may similar tenets with what researchers have called ‘positive body image’. Positive body image generally involves caring for your body, being comfortable in it and accepting any perceived imperfections of unique physical features. It also places an emphasis on appreciating the body for what it’s capable of doing – rather than what it looks like.

While both emphasise an appreciation of what our bodies do for us (rather than what they look like), positive body image involves a more active care, appreciation and respect for our bodies.

A wealth of evidence shows that positive body image is associated with a range of benefits. For instance, people who appreciate their bodies are more likely to adopt healthy eating habits and engage in health-promoting behaviours, such as seeking preventive cancer care.

There are also many activities you can do that may help you develop greater appreciation for your body. Known as embodying activities, these help promote a sense of living in or inhabiting our bodies.

They include feeling a connection and comfort with the body, caring for our physical selves and resisting thinking about our bodies as objects. Some examples of embodying activites include dance, yoga, participating in different types of sport and even just going for a walk in nature.

Embodying activities are thought to lead to “embodiment” – or mind-body integration – characterised by a feeling of being within and “at one” with the body.

Research shows that participating in embodying activities can promote healthier body image. For instance, one study found that, compared to non-yoga participants, yoga practitioners had more positive body image and were less likely to objectify their own bodies.

Leaving behind certain ways of thinking about our bodies can be difficult, especially when we’re constantly reminded that our appearance matters above all else. Changing your mindset will take time, and it’s normal to stumble along the way. But if you’re someone who’s found that body positivity hasn’t been helpful in changing the way you think about yourself, it may be worth trying out a new mode of thinking.

This article is republished from The Conversation under a Creative Commons license. Read the original article.