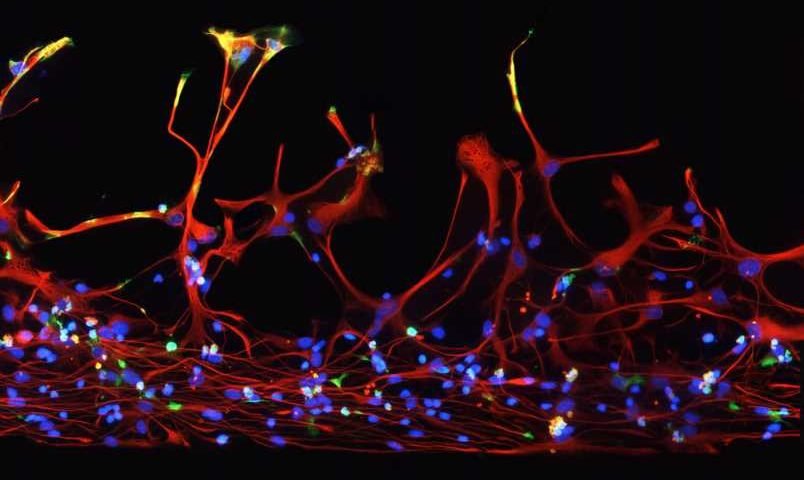 The term "stem cells" has become part of the mainstream lexicon, likely to be overheard in conversations anywhere from a baseball game to cocktail get-togethers. But what exactly are these cells?

Along with phrases such as "that's just immoral" or "stem cells could be the end-all cure," one could easily weave in some technical tidbits about these microscopic, yet significant, cells.

Stem cells are considered the "engine" cells of regeneration in that they are self-renewing and able to duplicate, or clone, themselves. These special cells are used in the rapidly growing field of regenerative medicine to halt or even reverse chronic diseases. Regenerative medicine seeks to repair or replace tissues or organs that have been damaged by trauma, disease or congenital defects, according to the McGowan Institute for Regenerative Medicine at the University of Pittsburgh.

There are three types of stem cells: embryonic, umbilical cord (also known as mesenchymal, or MSC), and adult stem cells. Embryonic stem cells are considered pluripotent, meaning they can give rise to all of the cell types that make up the human body. Cord and adult stem cells are multipotent, which means that they are able to develop into more than one cell type, but they are more limited than pluripotent cells, according to NYSTEM (New York Stem Cell Science).

In the United States, cord and adult stem cells are the only ones used in regenerative medical procedures. Due to ethical controversy, embryonic stem cells are not used in clinical practice but can be used for research purposes. [How Stem Cell Cloning Works (Infographic)]

Adult stem cells — which can be taken from bone marrow, blood or fat — are mostly free of ethical controversy, but they have limited potential. As we get older, not only do our stem cells lose functionality, but we have far fewer of them. Researchers estimate that newborns have 40 times more stem cells in their bone marrow compared to a 50 year old, according to a 2009 study in the Journal of Pathology. In addition, adult stem cells may be subject to DNA abnormalities caused by sunlight, toxins and errors associated with making more DNA copies over the course of a lifetime, according to the National Institutes of Health (NIH).

Cord stem cells can be harvested from the umbilical cord after birth with the mother's permission. This tissue, which is typically discarded, can be donated to science for use in research or medicine, or placed in a cord bank in case the mother or child may need it one day.

Cord stem cells are much more efficient at replicating once removed from the body compared to adult stem cells. For example, when placed in a petri dish with the proper nutrients, one cord stem cell will multiply into 1 billion cells in 30 days, whereas one adult stem cell will multiply into only around 200 cells in 30 days, according to a 2011 study published in the journal Orthopedics.

Doctors use cord stem cells to treat autoimmune conditions, such as lupus, rheumatoid arthritis and multiple sclerosis, as well as chronic infections such as HIV, herpes and Lyme disease, according to AMA.

Embryonic stem cells hold the most promise for treating diseases, but heated debate abounds over the ethics of using them. Human embryonic stem cells are derived from eggs fertilized in vitro (outside of the body) and are somewhat pristine. These pluripotent stem cells are prized for their flexibility in being able to morph into any human cell.

When embryonic stem cells are grown in a laboratory under certain conditions for several months, they can remain unspecialized and produce millions of stem cells indefinitely. The resulting batch of cells is referred to as a stem-cell line.

The NIH said 64 embryonic stem-cell lines existed as of August 2001 when President Bush announced the federal policy describing the constraints on funds for stem-cell research. In March 2009, however, President Obama officially removed the restrictions placed by President Bush on federal funding for research on embryos. Although it's been contested, the policy remains in effect with strict guidelines in place by the NIH.

Scientists can now reprogram adult stem cells to become more like embryonic stem cells. These are known as induced pluripotent stem cells (iPSCs). But since iPSCs are still adult stem cells, they carry the risk of having abnormalities. Much more research is needed on iPSCs, but scientists hope to use them in transplantation medicine, according to the NIH.

This article was updated on April 15, 2019 by Live Science Contributor Traci Pedersen.