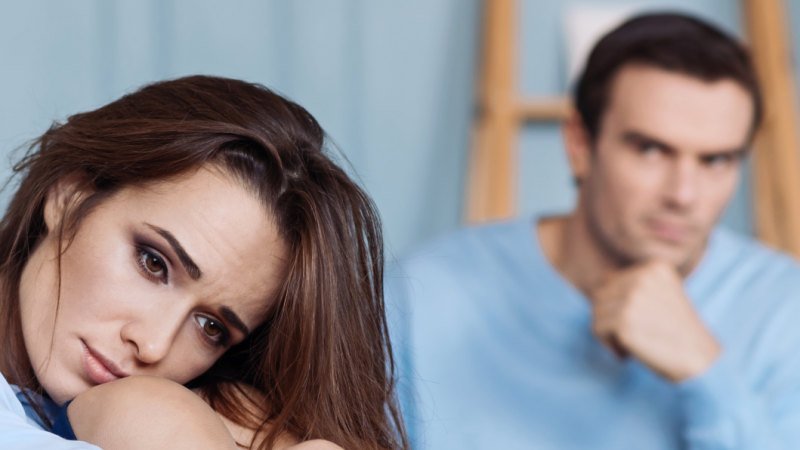 Q: Ruth and I are coming up for our 10th wedding anniversary. We have two great kids (8 and 5), we both work, have a nice home, and should be happy together, but we’re not. We went through some tough times with health issues, a period of unemployment, and my mother’s transition into a nursing home, and, now things are calmer, we can barely talk to one another without it turning into a row. Can we get back on track, or is divorce inevitable?

A: All long-term relationships go through tough times, but not all end up in the divorce courts. Eminent psychologist, Dr John Gottman, is considered by many to be the father of modern relationship counselling. In the 1990s he conducted a number of research projects involving couples, and identified six main predictors of divorce, based on how the couples communicated. Gottman could predict, with 93 per cent accuracy, which couples would not make it. If you can identify with these predictors it does not mean that your relationship is doomed, but it does mean that you both need to take steps to fix the situation.

The first indicator is the "harsh start up". If the conversation begins in a hostile manner, with sarcasm, criticism or contempt, it is unlikely to end well. Research shows that you can predict the way a conversation will go 96 per cent of the time based just on the initial three minutes, and this prediction often holds for the marriage, too. 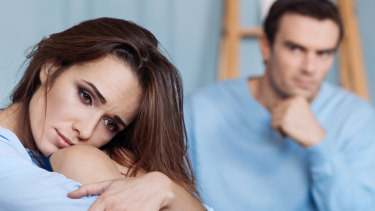 We can barely talk to one another without it turning into a row.Credit:Shutterstock

Gottman also identified four forms of negativity that are so toxic to relationships, he named them "The Four Horsemen of the Apocalypse". They are criticism, contempt, defensiveness and stonewalling, and they tend to proceed in that order in the conversation.

Gottman describes the third predictor as "flooding". This is a sudden, overwhelming intensification of one of the negative modes, and results from the harsh start up and the four horsemen. When they all come together in the same interaction their effects are multiplied, causing a physical reaction.

When someone is the target of flooding, their heart rate will speed up, sometimes past 100, and even as high as 155, beats a minute. The body can produce adrenaline or use other hormones to help cope with the event, and blood pressure can soar. All these sensations make it almost impossible for the person to have a productive conversation.

Next come Failed Repair attempts. The four horsemen, and flooding do not necessarily mean the relationship is doomed. The most important aspect for predicting whether or not the marriage will end is the attempt the couple makes at de-escalating tension. Failure to do so is a reliable sign divorce is in their futures.

Gottman also looks at the couple’s history and memories.

Couples who have fond memories tend to have happy marriages. They experience positive feelings when remembering how they felt early on and how exciting it was when they first met. Nobody has a perfect history, but successful couples look back on their struggles and draw strength and pride, from them.

As a result of his research and discoveries, Gottman went on to write his classic handbook for relationship success, The Seven Principles of Making Marriage Work. A great starting point would be for you and Ruth to get a copy, read it, and talk about what you have read. Doing this would demonstrate a willingness, on both sides, to recognise that there is a problem, and to take steps to work towards healthier forms of communication.

Of course, not everyone finds it easy to learn skills from a book, and it is for this reason that Dr John Gottman, in collaboration with his wife, Dr Julie Schwarz Gottman, founded The Gottman Institute: a research-based approach to relationships (gottman.com). Here you will find a range of resources to assist you in rescuing your relationship.

Many relationship counsellors, therapists and psychologists also understand the Gottman method, and it might be useful for you and Ruth to consult one of these professionals to assist you in beginning the process of mastering more productive and effective methods of communication and problem solving. Again, a willingness, on both sides, to do this bodes well for long-term success.