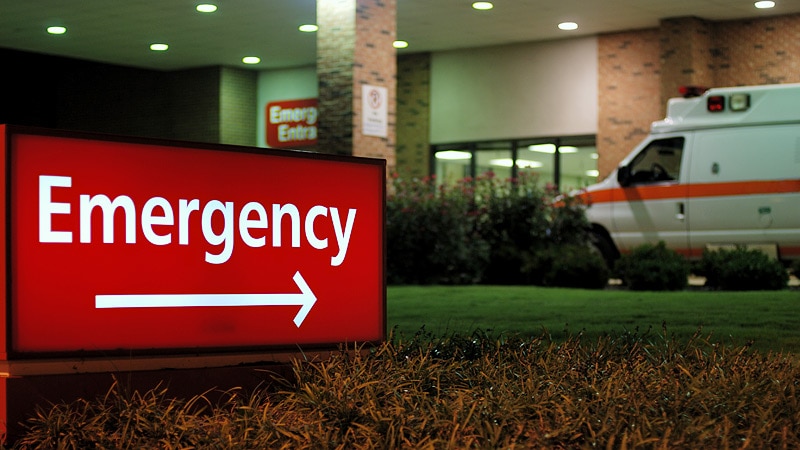 Responding to pressure from doctor and hospital associations, United Healthcare has postponed the start of its controversial emergency room visit review policy, which was scheduled to go into effect in 35 states on July 1.

Nevertheless, the nation’s largest health insurer says it still plans to stop paying for ER visits it decides are unnecessary.

“Based on feedback from our provider partners, we have decided to delay the implementation of our emergency department program until at least the end of the national public health emergency period,” United spokeswoman Tracy Lempner said in a statement to WebMD. “We will use this time to continue to educate consumers, customers and providers on the new program and help ensure that people visit an appropriate site of service for non-emergency care needs.”

Anthem Blue Cross Blue Shield, the second largest health insurer, launched a similar program in 2017 in five states. Anthem is now defending this “avoidable ER” policy in a federal lawsuit brought by the American College of Emergency Physicians (ACEP) and the Medical Association of Georgia. If Anthem wins that case, “they know that they can do it across the country,” says Ryan Stanton, MD, a member of the ACEP board and an emergency doctor in Lexington, KY.

So, despite the temporary victory for opponents of United’s new policy, millions of insured Americans may eventually face a new reality every time they go to the emergency room: If their health plan later decides they didn’t need to visit the ER, they’ll be on the hook for the entire cost of the visit.

“UnitedHealthcare is expecting patients to self-diagnose a potential medical emergency before seeing a physician, and then punishing them financially if they are incorrect,” ACEP President Mark Rosenberg, DO, said in a press release.

The argument made by critics of United’s policy is that it violates the federal “prudent layperson” rule that goes back to 1997 and was restated in the Affordable Care Act. Under this rule, no one can be denied coverage for an ER visit if they think they’re having a medical emergency.

“Both Anthem and United Healthcare have said they’re complying with the prudent layperson rule. They’re not,” says Stanton. “The definition clearly says that a person of sound mind determines their emergency. The insurers are now saying that the prudent layperson isn’t smart enough to determine that this wasn’t an emergency. And they are going to try to save money off this by denying the truly non-emergent cases, such as the acne visit or the stubbed toe. But if they do what Anthem did, they’ll deny claims related to chest pain, abdominal pain and headaches — things that clearly need significant clinical evaluation.”

Stanton recalls that Anthem denied coverage when a friend of his in Lexington visited an ER.

“She went in with right lower quadrant abdominal pain, which could be appendicitis or something else. I advised that she should get a full evaluation, and it turned out that she’d ruptured an ovarian cyst. Anthem came back later and said, ‘That’s not an emergency.’ Well, she was balled up on the floor in the fetal position in extreme pain with a differential diagnosis that could have been surgical. So, they let us do all the work, and then they said it wasn’t an emergency.”

Under United’s policy, an ER physician can attest that a patient had an emergency condition after the carrier denies the claim. But in the meantime, the patient may get billed for the ER visit and may have to go back and forth with the insurance company, says Stanton.

Ateev Mehrotra, MD, an associate professor of healthcare policy and medicine at Harvard Medical School, says patients get stuck in the middle when insurers decide to second-guess their decisions to visit the ER.

While there is a real cost issue for hospitals and insurers when people go to the emergency room for non-emergencies, “I don’t believe that a retrospective policy to not pay for these visits will likely be effective,” he says.

“The most important reason is that patients don’t know before they make the [emergency room] visit whether this is a [non-emergency]. When you go in, you’re having symptoms, and you don’t know whether it’s a big deal or not. Then everything turns out to be fine, you go home, and your health plan won’t pay for it,” he says, adding that such a policy might discourage patients from going to the ER in the future

“If you get burned once, and you pay a ton of money for a visit, the next time you have similar symptoms, you might not to go the [ER], and that might result in harm to your health,” says Mehrotra

Insurance companies have long tried to get their members to avoid the ER when possible and to make less expensive visits to primary care offices, urgent care centers, or retail clinics, and to use telehealth services. According to an Anthem brochure for employers, the average ER visit costs $1,404, compared to $143 for an urgent care center, $124 for a walk-in doctor’s office, $72 for a retail clinic and $49 for a telehealth visit.

As Mehrotra noted, consumers understand that their out-of-pocket cost is also higher in the ER, with co-pays that can range from $100-$300. Already, an increasing number of people have switched to urgent care centers or other alternatives.

“The number of [ER] visits is falling, but the cost per visit has increased so significantly that the total spending … has gone up dramatically,” he says.

A 2018 study he co-authored showed that from 2008 to 2015, ER visits for non-emergencies plummeted 36% for Aetna members. During the same period, however, the average cost of ER visits for such conditions rose 79%. The insurer’s per-member cost increased by 14% from $70 to $80 per year, and that trend has continued, Mehrotra says.

The bigger question for patients and doctors is how these kinds of review policies may affect patient health. The COVID-19 pandemic offers some clues.

ER visits dropped about 35% during the early phase of the pandemic, primarily due to patients’ fear of contracting COVID-19 in the hospital. According to a study of Boston emergency medical services data, “delays in seeking emergency care stemming from patient reluctance may explain the rise in cases of out-of-hospital cardiac arrest and associated poor health outcomes during the COVID-19 pandemic.”

Even without COVID-19 in the picture “we’ve found that when people pay more for emergency care, both low-acuity and high-acuity ED visits fall,” Mehrotra says. While he wouldn’t say that this reluctance to go to the ER may lead to increased deaths, he reiterated that the denial of ER visit coverage is not the solution to increased emergency care spending.