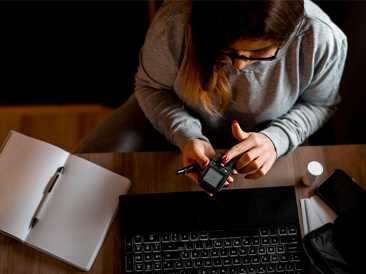 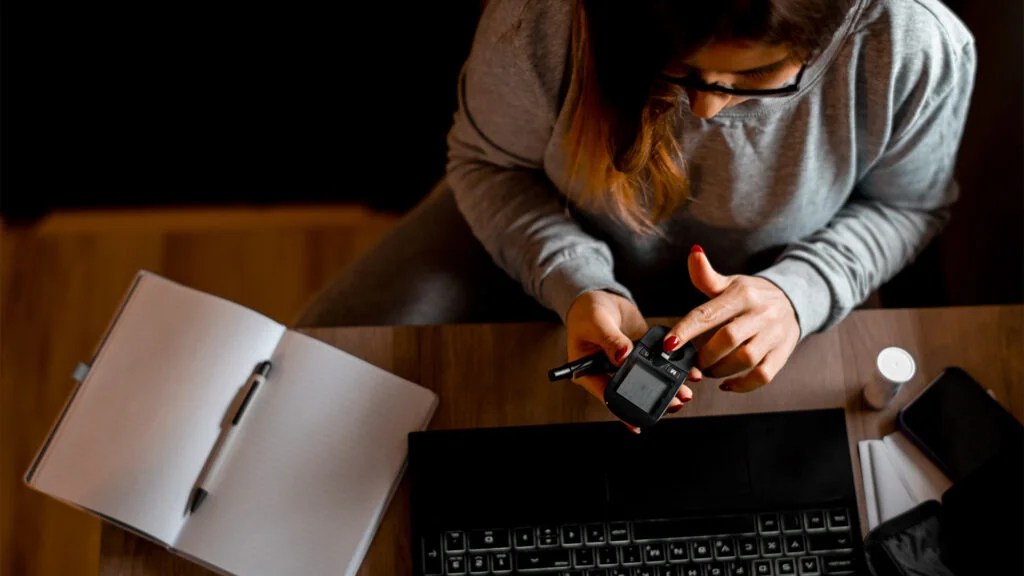 According to the Centers for Disease Control and Protection (CDC), 1 in 10 people in the United States has diabetes, and about 95% of those have type 2. In the United Kingdom, Diabetes UK predicts that 5.5 million people (1 in 12) will have diabetes by 2030, with more than 90% of those being type 2.

Type 2 diabetes occurs when cells stop responding to insulin — the hormone that allows cells to absorb glucose from the blood. Historically, it was rarely seen in those under 45 years old, but the condition is becoming more common in younger people. Risk factors for type 2 diabetes include:

The researchers analyzed data from more than 20,000 people from the UK Biobank — a biomedical database with more than half a million participants. They then undertook a meta-analysis of 34 cognitive and 60 neuroimaging studies to see whether these studies backed up their findings.

For the UK Biobank data, the researchers matched people with type 2 diabetes mellitus (T2DM) with healthy controls (HCs) for age, sex, education, and hypertension status. All participants were between ages 50 and 80. They excluded anyone with type 1 diabetes.

The researchers analyzed abstract reasoning, executive function, processing speed, reaction time, and numeric memory data. They used MRI scans to assess the atrophy of gray matter in both T2DM and HCs. In addition, researchers divided participants with T2DM into those taking metformin as a diabetes treatment and those who were unmedicated.

Dr. Percy Griffin, Ph.D., Alzheimer’s Association director of scientific engagement, told Medical News Today he had some reservations about the methodology of the research: “While this study involves a large cohort that has both neuroimaging data for biomarkers and cognitive data for measures of function, it is incredibly homogenous (94.6% of participants were white according to one report in 2017), which is a weakness that must be noted.”

The researchers found a correlation between age and cognitive decline in their UK Biobank data. They observed the greatest age-related declines in executive function and processing speed.

The researchers found similar decreases in cognitive ability in T2DM in the meta-analysis.

The researchers found a linear decrease in gray matter with age for brain atrophy. This decrease was greater in those with T2DM than in HCs, with the most severe atrophy seen in the ventral striatum, cerebellum, and putamen.

They observed the most severe neurocognitive effects in participants who had the longest duration of type 2 diabetes.

“This work has interesting implications for the use of brain imaging in identifying changes in the brain associated with Type 2 diabetes. It also lends insights into which brain regions are most sensitive to the changes in how the body utilizes sugar as a fuel. Although more research is needed, this type of brain imaging can be used to monitor the efficacy of Type 2 diabetes treatments in reducing the associated neurocognitive changes.”

The researchers saw no difference in neurocognitive effects between those with T2DM taking metformin and those who were unmedicated, as Dr. Griffin noted: “It is interesting that metformin (which is being evaluated in clinical trials for cognitive decline) treatment does not improve neurocognitive symptoms associated with Type 2 diabetes. This suggests that the right kind of treatment will be needed to prevent these neurocognitive changes that arise due to changes in sugar utilization.”

Implications of the findings

Even after controlling for age, sex, education, and hypertension, both the UK Biobank study and the meta-analysis found that participants with T2DM showed worse cognitive performance than HCs. They also showed higher levels of brain atrophy.

The researchers conclude that “T2DM and its progression may accelerate pathways associated with typical brain aging.”

“The findings are consistent with other studies in the field and highlight the idea that metabolic disease and lifestyle factors that influence its prevalence may be important targets for reducing the burden of age-associated cognitive loss.”

Type 2 diabetes decreases the availability of glucose in the brain, which, the researchers suggest, may lead to the faster cognitive decline seen in those with T2DM. This damage may occur before T2DM is formally diagnosed. They stress the need for additional research into brain-based biomarkers for T2DM to help with the early diagnosis of the condition.