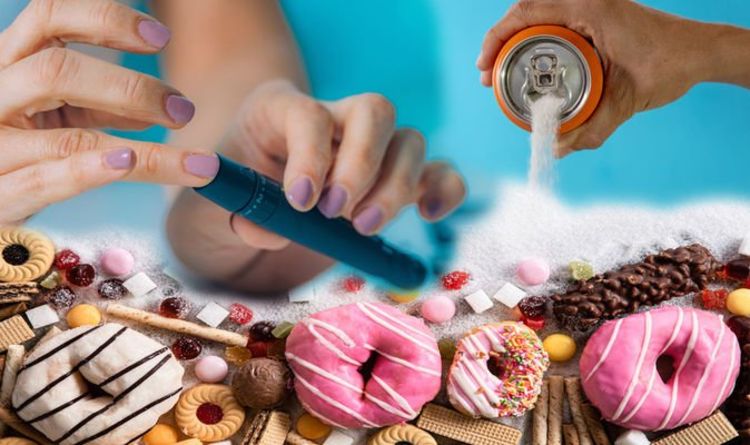 The current recommendation for sugar intake is that it does not exceed 10 per cent of daily energy intake. A recent review published by The Scientific Advisory Committee on Nutrition (SACN) highlighted the need for this percentage to be further reduced to 5 per cent. When the afternoon lull hits, most reach for something a little fizzy however according to new research a person might want to think again before heading to the drinks fridge. Certain “health” drinks have been proven to have huge amounts of sugar and may be more damaging than good. A lawsuit was filed against one of these companies in regards to their false claims of being ‘healthy’. With so much added sugars in products, what are the ‘health’ drinks with the most sugar?

The NHS guidelines advise that added sugars should not make up more than 5 per cent of our daily calorie intake. That works out to be around 30g of sugar a day or 7.5 teaspoons of sugar.

Doctor Dan Bunstone, chief medical officer at Push Doctor said: “We don’t tend to recognise drinks as food and so it’s easy to misjudge the amount of sugar we are consuming and not recognise how many calories they add to our diet.

“There is very little nutritional benefit from refined sugar so your body will simply convert it to fat.”

Health drinks that contain a shocking amount of sugar include:

Innocent Bolt form the Blue: Contains 31.6g of sugar per 330ml bottle. This equates to eight teaspoons of sugar which is equivalent to two and a half Krispy Kreme doughnuts.

Innocent bubbles apple and berry: Has 20.1g of sugar per 33ml can. This is five teaspoons of sugar equal to two Krispy Kreme doughnuts.

Purdey’s rejuvenate natural energy: Contains 20.7g of sugar in a 330ml bottle. This is 5.25 teaspoons of sugar and similar to two Krispy Kreme doughuts

Tropicana whole fruit orange juice: Has 12g of sugar per 150ml bottle. This is three teaspoons of sugar and equivalent to one Krispy Kreme doughnut.

Vitamin Water dragonfruit: Contains 15g of sugar per 500ml bottle. This is 3.75 teaspoons of sugar and equal to one Krispy Kreme doughnut.

Jackie London, nutrition director at the Good Housekeeping Institute said: “Unfortunately, these products not only lack substantial nutritional value, but the marketing tactics mask what the product actually is, a sugary beverage, similar in nutritional composition to soda.

The bigger issue is that the FDA needs to reexamine its definition of the claim, ‘No sugar added’ on food labels.”

Tim Rees, managing director of Vita Coco said: “We’re pleased to be able to offer a great combination of flavour, vitamins and nutrients with only 3.7g of sugar per can and 100 per cent natural ingredients.” 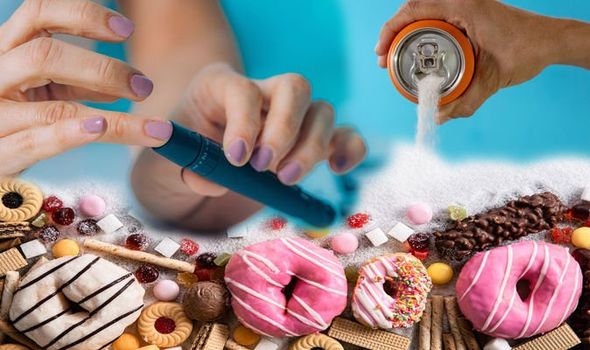 The NHS said: “We Britons really do consume too much sugar. Added sugars, such as table sugar, honey and syrups shouldn’t make up more than 5 per cent of the energy you get form food and drink each day.

“Nearly a quarter of the added sugar in our diets come from sugary drinks, such as fizzy drinks, sweetened juices, squashes, and cordials. Like some fizzy drinks, fruit juice can be high in sugar.

“Your combined total of drinks from fruit juice and smoothies should not be more than 150ml of orange juice and 150ml smoothie in one day, you’ll have exceed the recommendation by 150ml. You could try flavouring water with a slice of lemon, lime, or a splash of fruit juice.”

“It’s important that people are able to understand how much sugar is in a product, in a clear and accessible way, rather than being given information per serving. This way people are able to make healthier lifestyle choices,” added Doctor Bunstone.

Kevin Lyster PR manager for Innocent drinks said: “Our re-sealable 330ml innocent Bolt From The Blue bottle is an industry-standard sized juice bottle and the recommended serving size written on our labels is 150ml, which is based on the UK Government’s serving size recommendation in line with UK’s 5 a day guidelines.

“Advice from Diabetes UK is that 150ml of fruit juice can be part of a diabetic diet if consumers are mindful of their carbohydrate intake for that meal.

“We never add sugar, but since fruit naturally contains it and our juice is made entirely from fruit, our juice contains it too. And when it comes to innocent Bolt from the Blue, we’ve boosted it with vitamins B1, B2, B3, B6 and E in order to make it our most nutritious juice yet.

“Our juices also come with lots of positive nutrients just like you’d get from eating fruit, like vitamin C. We reckon it’s a big shame to look at sugar alone and ignore all of the great stuff in our juices. With people in the UK not getting enough fruit and veg into their diets, our fruit juices are a healthy, convenient way to do just that.”

“The naturally occurring sugar in Purdey’s comes purely from fruit juice. Purdey’s is a healthier drinks choice for those in need of energy compared to the leading traditional energy drinks in the UK which contain a variety of non-naturally sourced ingredients such as preservatives, sweeteners and flavourings.

“We take our responsibility to health seriously and all our labelling displays front of pack nutrition (traffic light) information.” 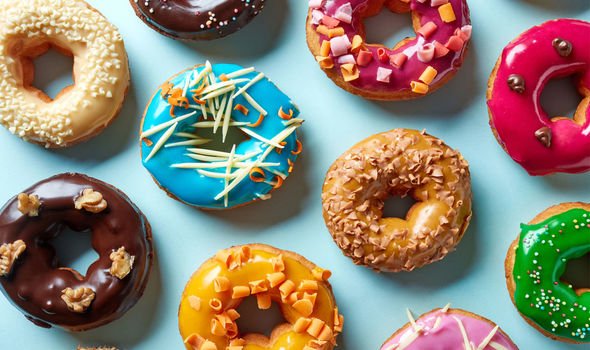 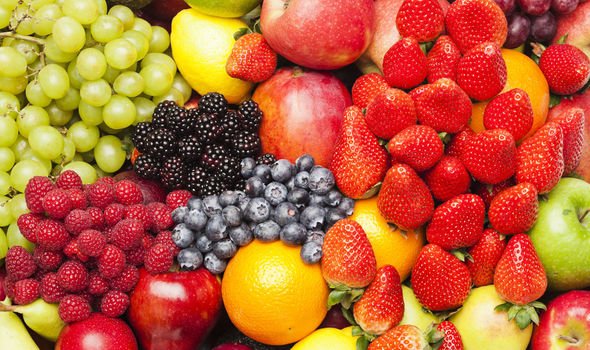 Consumers are paying higher prices for the healthful and expensive ingredients advertised on Naked labels, such as berries, cherries, kale and other greens. But consumers are predominantly getting apple juice

Back in 2016 PepsiCo’s green juice had the company in hot water. A lawsuit was filed by the Centre for Science in the Public Interest (CSPI), a consumer-advocacy group and stated that PepsiCo misled consumers by marketing its Naked Juice beverages as healthier than they really are, according to Business Insider.

CSPI states that Naked Juice can pack more sugar than a can of Pepsi. Further, CSPI says Naked Juices mislead customers into believing that beverages are packed with super nutritious nutrients when the dominant ingredients are ‘cheap, nutrient-poor’ juices.

CSPI litigation directer, Maia Kats said in a statement: “Consumers are paying higher prices for the healthful and expensive ingredients advertised on Naked labels, such as berries, cherries, kale and other greens.

“But consumers are predominantly getting apple juice, or in the case of Kale Blazer, orange and apple juice. They’re not getting what they paid for.”

In 2013, PepsiCo’s Naked Juice paid a nine million dollar settlement in a class-action lawsuit after plaintiffs accused the company of falsely labelling some of its juices as “all natural.”

The brand agreed to stop using the term on labels, though it denied that the term was misleading or false.

Express.co.uk contacted Naked, Tropicana and Vitamin Water for comment and is yet to receive a reply.