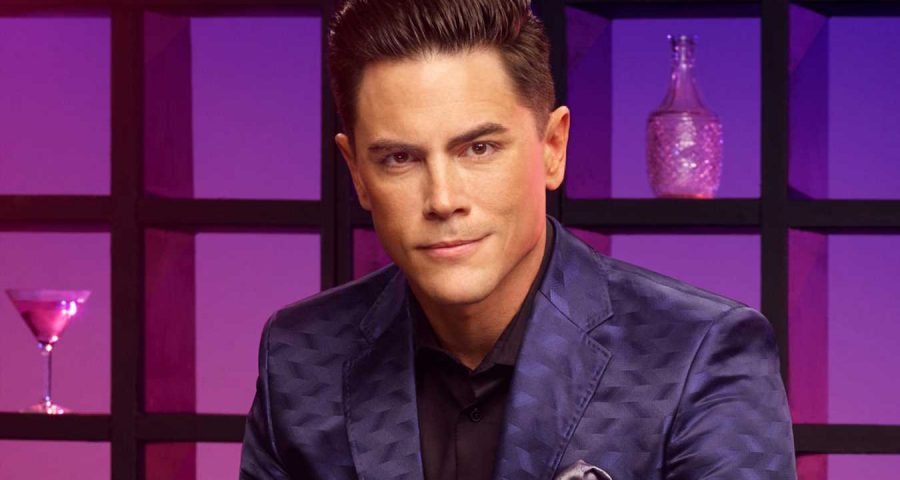 In fact, the TomTom co-owner, 35, has had the procedure performed in an unexpected location. Sandoval says he gets it above his ears to keep his hair in place.

“I know it’s preventative. I personally just like the movement in my forehead,” he replied when asked about his thoughts on Botox in an interview with PopSugar. “My eyebrows are a very expressive part of my look and my personality, so it’s just not something I really do.”

“You know what, though, I have done it!” Sandoval aded. “Just above my ears, I’ve done Botox. When I smile, my ears move up a lot, and it keeps my hair from going over my ears.”

And when it comes to how often he’s undergone the procedure, Sandoval revealed, “I’ve done it twice, and it lasts for a long time.”

The reality star said that he might be given a hard time about his extensive beauty care routine, but every guy in Hollywood has one.

“People might give me s—, but every person on camera that you see in Hollywood, every person that you see at award ceremonies, every guy, they’re all wearing some sort of little powder, a little concealer,” he said. “It’s funny because these are all things that [Tom] Schwartz and Jax [Taylor] and a lot of my guy friends, they all do. I guess I’m the only one that kind of owns up to it!”

Sandoval also opened up about struggling with being in the spotlight.

“I think the biggest struggle that guys have to deal with, that maybe girls don’t in a sense, is that you’ve got to take care of yourself, but you can’t look like you do, in a way,” he said. “Does that make sense?”

“For instance, every once in a while, I’ll trim up my leg hair or whatever,” he explained. “But it’s hard because you can’t overdo it. Otherwise, it looks really bad [laughter]. In my opinion. It’s like, you got to look like you didn’t try too hard, so it’s this weird fine line that takes some time to sort of master.”

Before the Bravo show, Sandoval worked as a male model and has said that he dealt with “harassment and so much creepiness” in the industry. He also said female models were treated better than the men, in his experience.

“In my experience, 15 f—- years of experience, in every major market — Chicago, L.A., New York, Miami — at 10 agencies across the U.S., with [female models], they were always paid more, treated far better. If they were young, they had a parent with them. They make more, they’re treated better, they’re put way more on a pedestal. And I don’t disagree with that,” he said in January on the Everything Iconic with Danny Pellegrino podcast.

But he doesn’t have only negative memories of his modeling days.

Sandoval isn’t the only Vanderpump Rules star to open up about Botox.

Stassi Schroeder told PEOPLE in February that she has her Botox routine “down to a science.”

“I’ve always done it conservatively, and I have it down to a science,” she said. “I know exactly how much I like to get, where I like to get it, and I always tell my doctor, ‘You know, I need to have some expression.’ I like people to see how I’m feeling. I’m on reality TV: If I’m angry, people need to know it. I’ve never been somebody that’s so addicted to freezing my face. It’s not about freezing your face, to me, it’s just about getting rid of my wrinkles. We all have wrinkles, and when my makeup starts seeping into my lines, that’s when I know I need to get Botox. I’m like, ‘Ughhh, it’s time to go back!’”

The Next Level Basic author, 30, pointed out that getting the procedure is for no one but herself.

“I have to be me. I have to do what I want to do to my face and my body and feel good about myself. It’s not for somebody else,” she added.