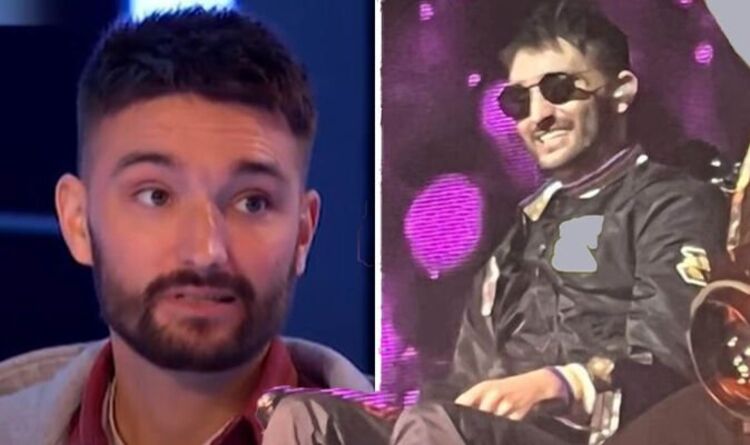 The band, first formed in 2009, have since sold two million singles in the UK. Back in October 2020, 33-year-old Tom announced that he had been diagnosed with an inoperable brain tumour and has since kept his fans up-to-date on his health via social media. The star also filmed an emotional documentary titled Inside My Head, which explained what it was like to live with a condition such as glioblastoma. Most recently, Tom explained why he had to miss the first two shows of the reunion tour, as he was receiving treatment for his condition in Spain.

Sharing a picture of the band on his Instagram page, he wrote: “So, as most of you know, I’ve been out in Spain on a treatment programme for the past couple of weeks.

“It was only meant to last 20 days but, due to a couple of logistical changes with tests and results, it won’t be complete until the end of the week now which has delayed our journey home.

“I’m obviously gutted that I’ll be missing the first few shows but as I’m sure you will understand, I have to complete my treatment cycle.

“I’ve been zooming into rehearsals all week and I know that the show will be incredible and that my boys will hold the fort until I’m back.

“Can’t wait to see you all very soon, hope you all enjoy the show.”

True to his word, Tom made an appearance in Bournemouth, where towards the end of the show his bandmates welcomed him sitting on a throne and wearing sunglasses.

Tom’s entrance fittingly came just in time for the bands hit Glad You Came, with fans chanting his name while singing the anthem.

Shortly after the gig, the band wrote on their official Twitter account: “Like the king that he is! The f***ing legend that is Tom Parker. Bournemouth that was so special!!!” And Tom posted a grinning photo of himself on stage with the caption: “My happy place.”

Tom’s wife Kelsey, 31, has also been active and open on social media about the toll Tom’s cancer journey is having on their family.

Posting on Instagram on March 6, Kelsey said that being away from the pair’s two children, Aurelia and Bodhi, to join Tom in Spain for his treatment was the “hardest decision [they] ever had to make”.

She added: “The reality of cancer… you don’t realise how someone having cancer really affects the whole family.”

The Brain Tumour Charity explains that glioblastoma can occur at any age, but tends to affect older adults. These tumours are often fast growing, likely to spread within the brain, may come back even if treated and can sometimes be cancerous.

Depending on the type of tumour, its size, the rate of growth and location, symptoms may differ for every individual. But The Mayo Clinic explained that common signs and symptoms of gliomas include:

In some cases glioblastomas are treated with neurosurgery, to remove as much of the tumour as possible. But in Tom’s case this was not possible.

The Brain Tumour Charity continue to say that it is difficult to remove the whole tumour in the case of glioblastomas because:

Radiation therapy is usually used alongside surgery, especially with high-grade gliomas. The therapy uses high-energy beams, such as X-rays or protons, to kill tumour cells.

In Tom’s case, some treatment methods have been surprising and unusual. In one clip the star was seen being supported by a physiotherapist as he hung upside down on a wooden frame.

The star went on to explain that the exercise gets the “blood pumping to the brain” as well as having medication and both chemotherapy and radiotherapy to fight the size of the tumour.

Although medical professionals are never absolutely sure about the prognosis of a glioblastoma, the average survival time is 12-18 months, with only 25 percent of patients surviving more than one year.

At the beginning of November 2020, Tom revealed his brain tumour was stable and “under control” after his most recent MRI scan, and was moved to tears after learning of the news, sharing another heartfelt message on Instagram.