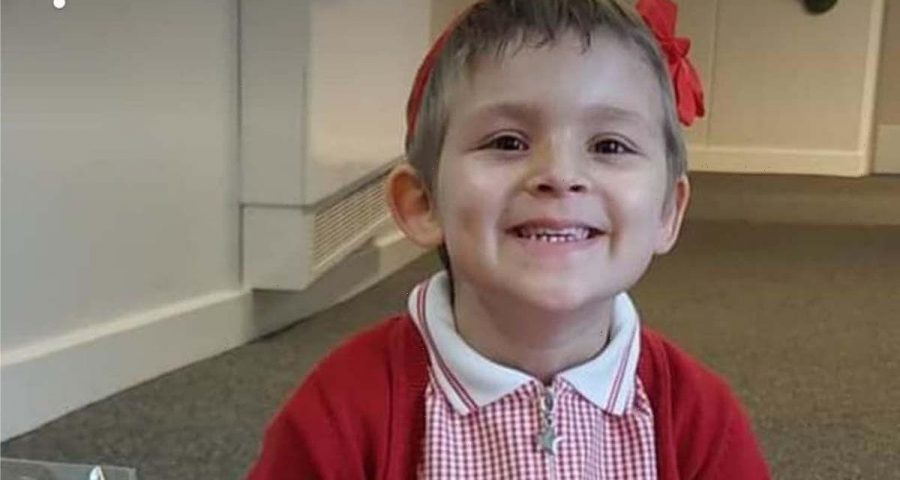 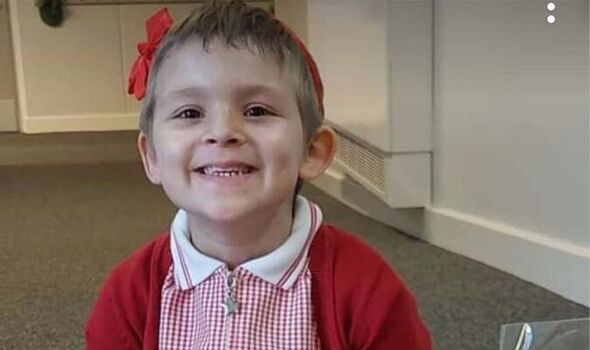 Isabellah Owen’s family initially thought that she had a cold or hayfever after she was left feeling poorly. However, doctors soon gave them the devastating news she had a rare cancerous tumour. 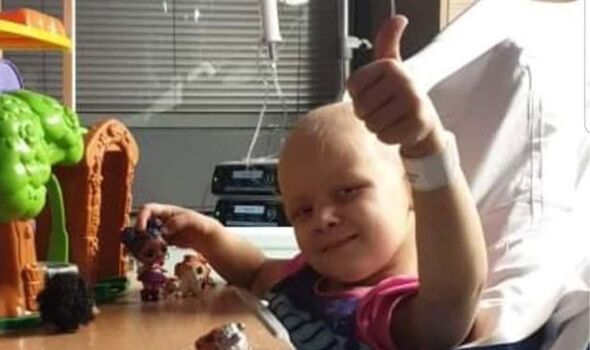 A year on, the brave four-year-old has survived a regime of traumatic, gruelling treatment – which included the youngster actually coughing up half of the tumour.

Despite this, her family say that the happy Hartlepool girl has kept in high spirits throughout her ordeal, being hailed as a hero.

Speaking to TeessideLive, Amy and Rob Owen shared how they had their world turned upside down last August when they were given the heartbreaking diagnosis that little Isabellah had a cancerous tumour in her nasal pharynx. This is part of the tube behind the nose connecting to the throat. Due to its inoperable position medics had to immediately start the youngster on radiotherapy and chemotherapy treatment.

The West View Primary School pupil also had to undergo painful laser treatment to burn away parts of the tumour, which included being sedated for two weeks, as well as having to travel to Manchester for proton beam therapy. Although still having mild chemotherapy, doctors say there is no sign of any remaining cancer.

Amy, 29, said: “It started with what we thought was a bit of a cold. Then it was strange that she started snoring and then she started to get really bad breath, I thought ‘what’s going on here’?” 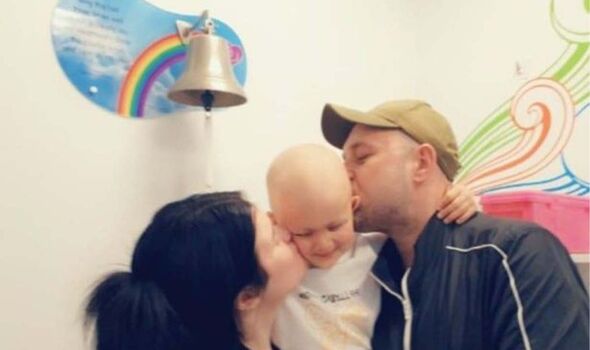 Isabellah’s breathing became difficult, but the family’s GP put it down to polyps. When things got worse Amy and Rob, who live in West View, took the youngster to James Cook University Hospital. Doctors there realised it was something more serious and sent the family to Newcastle’s RVI.

Amy said: “There was something hanging out of her nose, but still it never crossed my mind it was cancer, it’s not the first thing you think of in a young child.” However, they were to be dealt the bitter blow following further investigation.

Soon the youngster had to be fitted with a breathing tube because the tumour was restricting her breathing. Amy said: “It was very traumatic for her, the tumour was blocking her throat and she had sleep apnoea. The tumour was through her nose and dangling down the back of her throat.

“At one point she coughed up half the tumour. It was like something out of a horror movie.”

Throughout her ordeal, Isabellah has amazed everyone with her positivity and even said she quite liked it when all her hair fell out – although she now wants to grow it like Rapunzel. Amy said: “She has shocked everyone with what a superhero she has been. She has been amazing.

“The only time she got a bit down was when she couldn’t get out of bed in hospital. But, once they took the tubes out she was up and running around the wards.”

Amy said she can only describe what the family as been through as a ‘living hell’ but, thankfully the journey is almost at an end and they are looking forward to getting a normal life back and Isabellah being able to enjoy all the things she has missed out on. This will include getting a little brother in October, which she is excited about.

Amy said: “Having a child in and out of hospital is extremely difficult. We had to drive 40 miles each way to the hospital. We spent a fortune on food, petrol and parking. This doesn’t include the out if the blue hospital visits due to worries, A&E visits and medical collections. We really struggled. It’s been emotionally, physically and financially horrendous.”

The family has set up a fundraiser for Isabellah to help pay for fun activities in a bid to make up for all the things she has missed out on due to her illness.