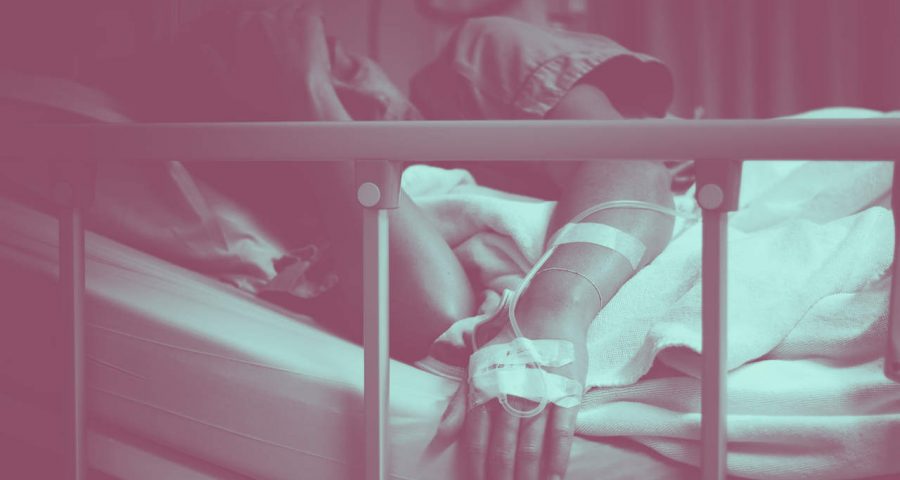 Imagine going into the hospital for minor surgery, thinking you would be in and out in no time…only to end up being hospitalized for months battling a lethal infection and then dealing with the aftermath.

That’s what happened to 35-year-old Bonnie Judge. She went into the hospital to have a blockage in her bowel cleared, which she needed before she could get her appendix removed. But she ended up developing a life-threatening case of sepsis, a deadly, systematic condition caused by the body’s response to an infection.

At first, doctors thought her bowel surgery had gone well. Judge was wheeled to a recovery room and even offered Jell-O. But just 20 minutes later, things took a turn for the worse. “I threw up all over myself and was shaking and asked to have a nurse help me shower, and honestly that’s the last thing I really remember,” Judge wrote in a blog post for Sepsis Alliance.

She was then taken to the ICU and put into a medically induced coma. Judge had got into septic shock, which could kill her if the sepsis infection couldn’t be controlled. The disease is so deadly because it moves swiftly, causing dangerously low blood pressure that leads to organs shutting down.

To make her medical ordeal even worse, Judge later learned that the infection had developed because doctors accidentally cut her intestine during surgery. To fix their mistake, “they had to split my abdomen muscles in half and clean me from the inside out,” she wrote, explaining that she woke up with a large wound on her stomach from the surgery.

After she staved off sepsis, she began the road to recovery. “I was in the hospital for 2 months straight. I had to learn how to walk again and eat again and even talk again!” she wrote. “My memory of everything is very patchy and most of what happened had to be told to me by my doctors and my family and my wound care RNs and other nurses.”

Six months have now passed, and while her life is no longer in jeopardy, Judge said that her stomach is still in constant pain. She’s waiting to be cleared to have surgery to reconnect her abdomen muscles.

“I never knew and wouldn’t have known what sepsis was till I had it and I want to bring awareness and tell my story and maybe even give hope to someone that things do get better,” she wrote. “You will get stronger. You are not alone! We need to be each other’s support cause unless you have had sepsis or someone you love did or does, you just don’t know how scary and deadly it is!”