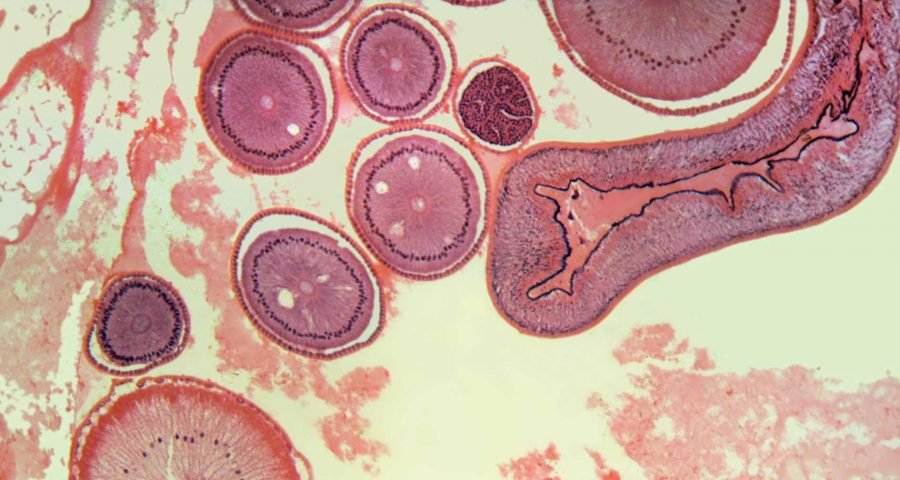 What if I told you that eating a ton of fermented foods could help treat depression? Or obsessive-compulsive disorder? Or borderline personality disorder? Sounds pretty appealing, right? The GAPS diet claims to do just that. But as a registered dietitian with a focus on digestive health—one who’s all about using food to help manage symptoms and promote overall wellness—this set off my spidey sense. So I had to look into it further.

What is the GAPS diet exactly?

The whole idea behind the GAPS diet (which stands for “Gut and Psychology Syndrome,” btw), is that, by eating certain foods, you can improve both your digestive and psychological health. The woman who invented the eating plan, Natasha Campbell-McBride, MD, believes that a variety of conditions—everything from learning disabilities to depression—are caused by an intestinal issue known as leaky gut (a.k.a. increased intestinal permeability—try saying that five times fast).

According to the eating plan, going through a series of stages that eliminate various foods will improve the health of your intestinal lining and therefore the symptoms for a host of psychological issues—even serious diagnoses like bipolar disorder and OCD.

The introduction phase—which Dr. Campbell-McBride says is important to go through before jumping into the full GAPS diet in order to “heal and seal” the gut lining—is a pretty strict elimination diet that includes six stages, according to the GAPS diet website.

During the first stage, you’re supposed to focus pretty much exclusively on homemade soups, probiotic foods, and ginger, mint, or chamomile tea…and not much else. “Do not introduce vegetables until the diarrhoea starts settling down,” Dr. Campbell-McBride’s website says. “When the gut wall is severely inflamed, no amount of fibre can be tolerated.”

The amount of time varies greatly for how long you may need to be in the introduction phase. “Your patient may be able to move through the Introduction Diet faster or slower depending on the stool changes,” says Dr. Campbell-McBride. “Let the diarrhoea start clearing before moving to the next stage. … After the Introduction Diet is completed and when your patient has more or less normal stools move into the Full GAPS Diet.”

Once you’ve worked your way through those stages and have those “normal stools,” Dr. Campbell-McBride says patients are ready for the Full GAPS Diet, which recommends avoiding all sugar and starches—including grains, sugar, and starchy vegetables—and increasing the amount of fermented foods you eat. You’re supposed to follow the full GAPS diet for at least two years—and even after completing the diet, Campbell-McBride says that you should avoid or limit wheat, processed foods, and sugar.

So, what ~can~ you eat on the GAPS Diet?

The short answer? A lot of fish, eggs, and fermented foods.

The long answer? It depends on which stage you’re at, but here’s a more detailed list:

What does research say about whether the GAPS diet works?

According to Campbell-McBride’s website, “This programme has evolved through the personal experience of Dr. Campbell-McBride’s family and clinical experience with thousands of GAPS children and adults around the world.” Clinical experience is certainly important, but unfortunately, the philosophy of “it worked for me, so it should work for you” is not evidence-based. So I took a look at the literature to see if there is evidence to support this diet’s use in preventing or reversing the many conditions it claims to improve.

As it turns out, there are no peer-reviewed studies surrounding the GAPS diet. There is research on fixing a leaky gut; however, this research is pretty preliminary (read: it’s too soon to say anything truly conclusive based off of it), and the GAPS Diet has not specifically been studied as a fix for increased intestinal permeability. Oh, and a leaky gut hasn’t even been identified as a cause for the many conditions that Dr. Campbell-McBride says it leads to.

I spoke with some other nutritionists I know to see if they agreed that the evidence in favor of following the GAPS diet seemed…lacking.

“Intestinal permeability has not been established as a cause for autism, psychiatric, or behavioral disorders,” says Tamara Duker Freuman, RD, author of The Bloated Belly Whisperer. “To say that these conditions are (1) caused by a leaky gut, (2) that specific foods we eat cause a leaky gut, and that (3) this protocol identifies the foods which cause your gut to leak is a series of unfounded, non-evidence based claims layered on top of one another.”

“It seems a bit obscure, highly restrictive and not based in evidence,” says Natalie Rizzo, MS, RD, author of The No-Brainer Nutrition Guide For Every Runner.

So…should you try it?

IMO, this diet seems extremely restrictive and unsustainable, especially given the fact that the full GAPS diet is supposed to be followed for about two years. Furthermore, it limits so many sources of fiber, which feed gut microbes, as well as many other nutrients—and that seems problematic to me. “I can’t imagine how starving your intestinal microbes could do anything but adversely impact intestinal health,” agrees Freuman.

Rizzo is with Freuman and me on not recommending this diet since it isn’t evidence-based. “If someone wanted to do an elimination diet for G.I. reasons, I would recommend they see a registered dietitian and work with them to develop a healthy plan. To follow a certain diet as a cure for neurological conditions seems unsafe”.

The bottom line: I would caution against a diet as restrictive and long-term as the GAPS diet since it may lead to nutrient deficiencies and even disordered eating behaviors—especially since there’s no hard evidence to support it.

Alyssa Lavy, MS, RD, CDN is the owner of Alyssa Lavy Nutrition & Wellness LLC, a private practice based in Connecticut. Within her practice, Alyssa focuses on repairing gut health and food relationships, as well as sports nutrition for the athlete and the active individual.