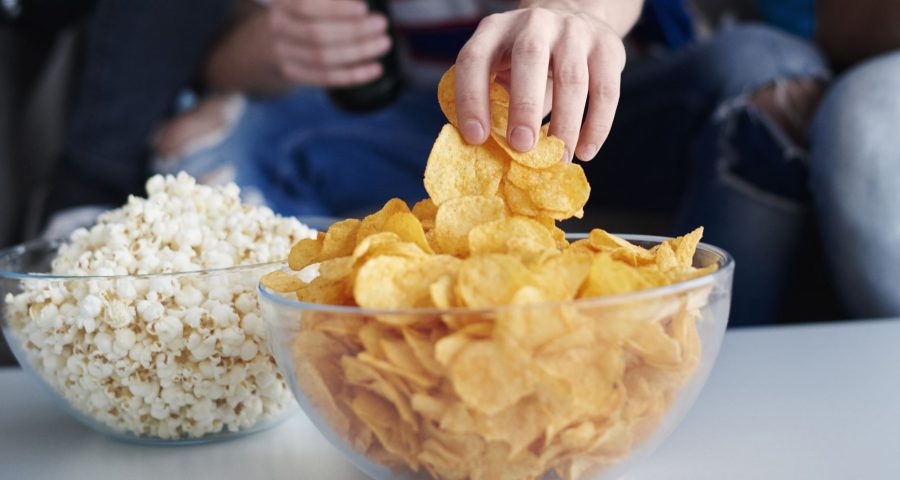 Even strong-willed individuals can’t eat just one chip. Although the snack’s high salt and fat content make them irresistible, researchers found another reason it’s so easy to devour a bag of sour cream and onion spuds–and it has nothing to do with taste.

People are more likely to eat more chips when they’re labeled “crunchy,” according to a study published in the journal Appetite. Scientists found that study participants consumed more chips and candy while watching a movie when their snack bags were labeled as crunchy. They also discovered it takes more than just good marketing to make people overeat. People also consumed more chips from their “crunchy” labeled bags when they weren’t distracted by wearing headphones and better able to hear the sound of their snacks.

Essentially telling you that something is crunchy makes you pay attention to the sounds of your food, which increases enjoyment, study co-author Nailya Ordabayeva, assistant professor of marketing at Boston College explained to Men’s Health. But why do we even care about the crunch factor?

“People often associate the crunchiness of foods with positive food characteristics such as food freshness. This greater enjoyment of food resulting from the salience of the food’s sound leads to greater consumption,” she says.

Of course, this study isn’t perfect, as the authors note. The study used candy and chips, which most people already enjoy eating. The results could be very different if the study used carrots and celery, which are probably less appealing. Then, you have to consider that participants were eating while watching a movie, which could already lead to mindless snacking on its own.

But there’s no harm in using this trick with vegetables. If the health benefits of broccoli aren’t alluring on their own, try thinking about their crisp, fresh, and crunchy appeal the next time you’re noshing from the veggie tray.