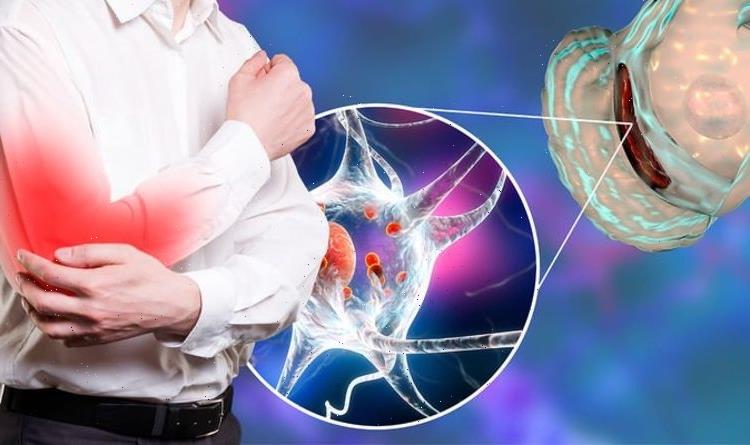 What is Parkinson's disease?

It’s not known why the loss of nerve cells associated with Parkinson’s disease occurs, although research is ongoing to identify potential causes.

A recent study found that high blood pressure, which affects more than one in four adults in England, more than doubled the risk of Parkinson’s in an Asian population-based study.

The link to hypertension has been suggested in several studies.

Hypertension, or high blood pressure, is a common chronic condition associated with an increased risk of cardiovascular disease and is a leading factor in disorders of the small blood vessels in the brain.

These nerve cells are damaged and lost in people with Parkinson’s, leading to characteristic symptoms.

Furthermore, blood vessel disease-causing stroke is more likely in people of Asian descent compared to Caucasians with a European background.

However, few studies have examined an association between hypertension and Parkinson’s in Asian populations.

Using a matched case-controlled approach, researchers based at the National Neuroscience Institute in Singapore investigated the association between hypertension and Parkinson’s risk.

They performed an analysis of similar matched case-control studies found in the medical literature.

The study included only Han Chinese, which is the predominant ethnic group in the Singapore population. The number of smokers and non-smokers was the same between patients and controls.

The case-controlled analysis revealed that the prevalence of hypertension in those with Parkinson’s was 46.1 percent, which was significantly higher than that of 31.9 percent in the control group.

The presence of hypertension was associated with a 1.9-fold higher risk of Parkinson’s, even after adjusting for age and sex.

The results remained significant with further adjustments for hypertension-associated conditions such as diabetes, higher fat levels in the bloodstream and smoking status.

The increased risk of hypertension in the Singapore population may be “explained by a variance in prevalence of [Parkinson’s disease] and hypertension in different populations, ethnic-specific genetic factors, or exposure to environmental agents or lifestyle habits, or a combination of these factors,” the team wrote.

”Some studies, which did not satisfy our meta-analysis inclusion criteria, showed that hypertension was significantly associated with increased risk of [Parkinson’s disease] among Asians, corroborating our observation,” the authors noted.

“If we have included studies with non-matched samples in our meta-analysis, there is a shift in trend towards higher odds of [Parkinson’s disease] risk in the presence of hypertension.”

A number of genetic factors have been shown to increase a person’s risk of developing Parkinson’s disease, although exactly how these make some people more susceptible to the condition is unclear.