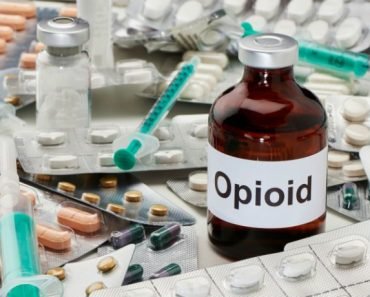 The opioid epidemic, once believed to focus almost entirely on middle-class, white men, has claimed thousands of lives of teenagers and even children, according to a new study published in the Journal of the American Medical Association (JAMA).

As CNN reports, JAMA researchers looked over hundreds of thousands of death certificates of infants, children, adolescents, and teenagers, dating back to 1999, and found that almost 9,000 of them could be attributed to opioid overdoses in one way or another. Researchers admitted, however, that there is some margin of error in their methodology due to some deaths likely having been misclassified.

Nevertheless, the numbers are downright terrifying, write the researchers.

“Millions of children and adolescents are now routinely exposed in their homes, schools and communities to these potent and addictive drugs.”

Looking At The Numbers

Between 1999 and 2016, 8,986 children and adolescents died from opioid poisoning. The vast majority (73 percent) were male. Similarly, the majority of youth opioid deaths (88 percent) were of teens aged 15-19. However, even infants and small children weren’t spared. Seven percent of opioid deaths in this time period were infants and children aged birth to four years; 1 percent were ages 5 to 9, and 4 percent were 10-14.

And in keeping with adult trends, the vast majority affected – 80 percent – were non-Hispanic whites. About 10 percent were Hispanic, and about 7 percent were black.

A closer look at the numbers reveal even more disturbing trends. The vast majority of opioid overdose deaths (81 percent) among kids and teens in the time period were accidental overdoses of prescription narcotics, but a small percentage (5 percent) were suicides, and 2.4 percent were homicides. As for infants and pre-schoolers, 35 percent of opioid deaths in that time period where homicides.

The researchers noted that the U.S. government has focused its anti-opioid efforts almost exclusively at adults, according to the Daily Mail, leaving children and teenagers behind.

“Of the hundreds of state and federal initiatives enacted to contain the opioid crisis, nearly all focus on adults.”

The researchers note that, in the absence of a comprehensive government policy that includes addressing children’s and teens’ access to opioids, the problem is going to get worse. As a starting point, the researchers suggest childproof packaging that isn’t attractive to children.

“Of particular note is the lack of childproof packaging for many commonly prescribed opioids, including long-acting forms of the medications that present a known risk to children.”

Meanwhile, the opioid crisis continues to rage, still affecting adults more than ever. In 2017, more than 70,000 Americans died of drug overdoses; 67.8 percent of those overdose deaths involved opioids.