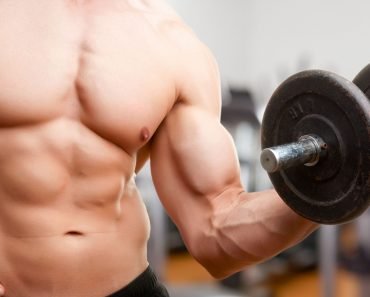 You might think you’ve done ever curl in the book, but there are more than likely a few variations you’ve yet to try. Guys will never tire of the feeling you get with a good pump—so trainers won’t ever stop innovating new ways for you to get there.

Men’s Health Fitness Director Ebenezer Samuel, C.S.C.S., is one of those trainers. He has an inexhaustible number of pump-creating exercises in his repertoire, some of which he shares in the Men’s Health New Rules of Muscle program. You’ll get workouts filled with new variations on old standards, which will help you to build even more muscle.

Check out the video above for 5 curl variations that Samuel uses in the program to shock your system for more muscle growth. Then, read his descriptions of each exercise for tips on how to do them yourself.

Eb says: Tall kneeling curls are great because they take away that rock at the waist that you see a lot of guys get when they curl. They’ll teach you to properly activate your glutes and core, too; squeeze your glutes and tighten your abs because it’s the only way you’ll stay upright.

Eb says: Want abs? You’ll get them with this curl. Your body is going to want to tip towards the weighted side, so turn on your obliques on the opposite side to ensure that doesn’t happen. This is a great, underrated curl that will help you focus on body positioning, and if you hone that more, you’ll get better curls all-around.

Eb says: Similar to the pause and rotate hammer curl, we’re attacking that position of mechanical disadvantage. Here, we’re also training multiple functions of our biceps. Remember, your biceps don’t just flex your elbow, which is what we commonly think of them doing. they also rotate your forearm so your palms can face the ceiling. Focus on getting those dumbbells fully parallel to the ground to get the most out of this one.

Eb says: You’ve seen concentration curls, but I like spider curls better, because they prevent you from rocking your torso upwards or rocking at the shoulder. Focus on keeping your upper arm perpendicular to the ground the whole time. We’re getting some brachialis work in here, too, by alternating the biceps curl with the hammer curl on the combo curl setup.

If you want to be sure your form on the standard version of the curl is solid, check out this video guide.