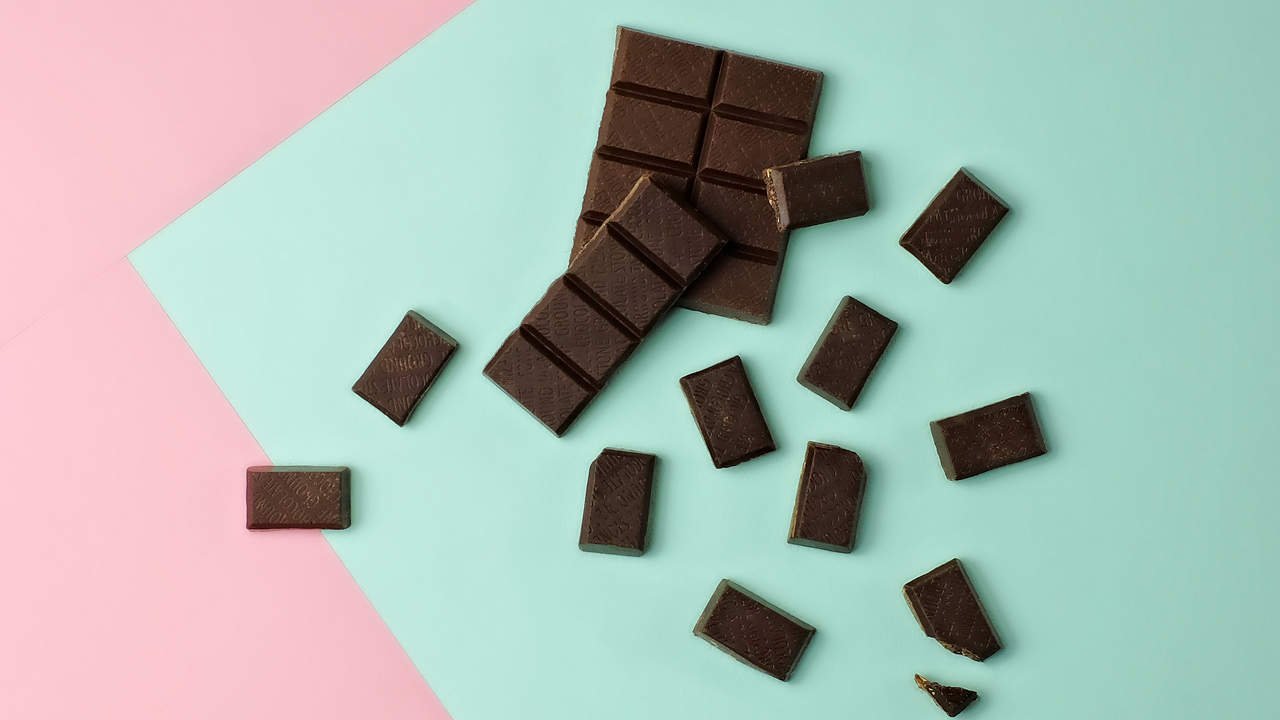 Pretty much everyone in my family is sick right now with some kind of cold and cough. So I’m sure my mother thought she was being helpful when she shared an article on Facebook this week about a novel new cough treatment we might not have tried: chocolate.

The post she shared is one of just many cure-a-cough-with-chocolate articles circulating online these days, most of which are based on a 2016 column in the Daily Mail. You may have seen or shared these, as well: The column, written by an international cough researcher, says that cocoa is “stickier and more viscose than standard cough medicines, so it forms a coating which protects nerve endings in the throat which trigger the urge to cough.”

As a chocolate lover (and current victim of a cough that just won’t quit), the headlines certainly seem promising. But here at Health, we knew we should look a little deeper. So we dug into the research and checked in with the source of this rumor ourselves. Here’s the truth behind this suddenly viral claim.

About that chocolate and coughing study

Most of the hubbub around chocolate and coughs comes from a 2016 Daily Mail article written by Alyn Morice, MD, head of cardiovascular and respiratory studies at the University of Hull and a founding member of the International Society for the Study of Cough.

In the article, Dr. Morice references exciting new research—the “largest real-world study of an over-the-counter cough remedy every undertaken in Europe,” he writes, which “proves that a new medicine which contains cocoa is better than a standard linctus.” (Linctus is another word for medicine in syrup form.)

In this clinical trial, which was later published in the BMJ, 137 patients were asked to take either a new cocoa-based medicine (now sold in the United Kingdom as Unicough) or a standard, widely used cough syrup for seven days or until their cough resolved.

“The head-to-head comparison found that patients taking the chocolate-based medicine had a significant improvement within two days,” Dr. Morice wrote in the Daily Mail. Both cough frequency and sleep disruption were improved while taking the Unicough medicine, and “twice as many patients taking it were able to stop treatment early because their cough had cleared.”

Dr. Morice points out that this isn’t the only research that’s linked chocolate and cough relief: Even as far back as 2004, scientists were publishing findings about how theobromine—the same cocoa-based compound used in Unicough—worked better than codeine (without side effects like drowsiness) at suppressing the cough reflex.

So can chocolate really help?

The 2017 study, for which Dr. Morice was a consultant and co-author, found that the cocoa-based cough medicine was more effective at reducing cough frequency and sleep disruption than the traditional syrup. However, neither medicine was successful at significantly reducing cough severity after three days.

In addition, Dr. Morice wrote in the Daily Mail that a cocoa-based medication is certainly not the same thing as a chocolate candy or drink. “Drinking chocolate won’t have the same effect, as the cocoa isn’t in contact with the throat long enough to form a protective coating,” he wrote. “Slowly sucking on a piece of chocolate may provide some relief, but I think it is the way the chocolate compounds work with other ingredients in the linctus which make it so effective.”

I reached Dr. Morice by email this week, and when I asked him about the Daily Mail article, he expressed regret that the story “has now taken on a life of its own.” Unicough did reduce coughing in that 2017 study, he tells Health, but this was largely due to the fact that it contained diphenhydramine—an antihistamine found in Benadryl and several other cough and cold medicines.

Unicough, which is sold in the U.K. as a syrup and a lozenge, also contains ammonium chloride (an expectorant) and levomenthol (which gives medicines a minty, cooling sensation). A similar cocoa-based cough syrup called Doctor Cocoa is available in the U.S. but marketed for children.

Dr. Morice says the Daily Mail article has been fodder for other misleading stories on this topic. “Now every year the story reemerges and gets more and more embellished,” Dr. Morice says. As to whether chocolate itself reduces cough, he calls the assertion “a complete fabrication.”

What to try instead

The Daily Mail story did get one thing right: Coughing can be notoriously difficult to treat, and research shows that over-the-counter medicines don’t work much (or any) better than placebos. But they may still soothe a sore throat and help you sleep, so they can still be worth including in your get-well-soon regimen.

Cough experts typically recommend drinking plenty of fluids and running a humidifier—or taking steamy showers—to keep airways moist and loosen up mucus. Many doctors still swear by honey and lemon too, in hot water or tea. Leslie Mendoza Temple, MD, medical director of the Integrative Medicine Program at NorthShore University HealthSystem, previously told Health she recommends mixing cinnamon, turmeric, black pepper, and powdered ginger into raw, local honey and coating your throat with half a teaspoon at a time.

Sucking on cough drops may also provide some relief and help keep a scratchy throat lubricated, and cutting back on dairy may help reduce mucus production that may be fueling your cough. (It’s worth mentioning here that many chocolate products also contain dairy—in which case they may actually make you feel worse when you’re sick!)

Overall, there are plenty of home remedies and over-the-counter drugs for coughing that may help you feel a little bit better, but science still suggests that rest and time are really the best cures. And if your cough doesn’t go away on its own after about four weeks—or you’re unable to pinpoint the underlying cause—talk to your doctor. You could have allergies, an infection, or another more serious condition that needs medical attention.