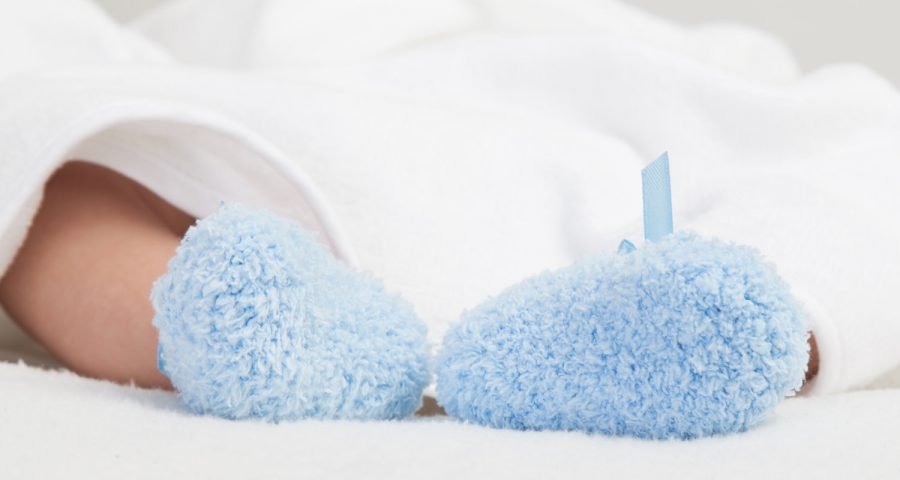 A baby in Texas was born without skin on much of his body, according to news reports.

The boy, Ja'bari Gray, was born Jan. 1 in San Antonio and weighed only 3 lbs., according to the San Antonio Express-News. He lacks skin on much of his body, with the exception of his head and parts of his legs, and his eyelids are fused shut. Doctors have applied a protective dressing on his body, which needs to be changed frequently, as well as topical ointments to reduce infection risk, Express-News reported.

"He's been in the hospital his whole life," Ja'bari's mother, Priscilla Maldonado, told Express-News. "I've been able to hold him twice, but you have to be dressed in a gown and gloved-up. It's not skin-to-skin. It's not the same." [27 Oddest Medical Case Reports]

It's quite rare for a baby to be born without skin, said Dr. Ana Duarte, director of the Division of Dermatology at Nicklaus Children's Hospital in Miami, who is not involved with Ja'bari's case.

"The skin is our largest organ," and has many important functions, such as protecting us from infection and keeping body temperature regulated, Duarte said. "When you don't have a good barrier, especially as a baby, you can run into a lot of different problems."

There are several types of skin disorders that can cause babies to be born with fragile or missing skin.

One such condition is epidermolysis bullosa, a genetic disorder in which the skin is very fragile and blisters easily, according to the National Institutes of Health (NIH). Blisters can form after minor injury or even friction, such as rubbing or scratching.

Technically, people with epidermolysis bullosa have skin, but "shearing forces cause skin to fall apart," Duarte told Live Science. "You actually have skin, but it just shears right off," meaning babies can appear to not have skin at birth, she said.

The severity of this condition can vary a lot, depending on the type of genetic mutation the patient has — some patients live a pretty normal life, while others are severely affected. "There's a huge spectrum," of symptoms, Duarte said.

In the most severe cases, infants with epidermolysis bullosa are born with widespread blistering and areas of missing skin. When the blisters heal, they can create significant scarring. Patients with severe cases can have problems with their airway (due to blistering), which can affect breathing, and can also have problems with their gastrointestinal tract, Duarte said.

The condition is rare, with the most severe form affecting fewer than 1 in a million newborns, according to the NIH.

Doctors told Maldonado that her son may have epidermolysis bullosa, and both she and her husband will need a genetic test to confirm the diagnosis. Ja'bari does have scar tissue that has caused his chin to fuse with his chest, Express-News reported.

Although the treatment for this condition can vary depending on the patient's symptoms, for any patient with epidermolysis bullosa, "you want to avoid trauma, avoid friction, treat skin very gently, [and give] meticulous care to small wounds," Duarte said.

Another condition that can cause babies to be born without skin is aplasia cutis congenita. With this condition, the skin never develops in certain areas, Duarte said. Most commonly, patients have a small part of skin missing on their scalp, she said, although symptoms can vary. This condition affects about 1 in 10,000 newborns, according to the NIH. Small areas of missing skin usually heal on their own over time, although larger areas may require surgery to treat.

Doctors at the hospital where Ja'bari was born originally thought he could have aplasia cutis, but doctors at his current hospital suspect epidermolysis bullosa. (Ja'bari was recently transferred to a hospital that has more experience treating rare skin disorders, Express-News reported.)

Maldonado and her husband are currently awaiting the results of their genetic tests. "It could be two to three weeks before they have an answer," Maldonado said. "They don't want to treat my son for the wrong thing."