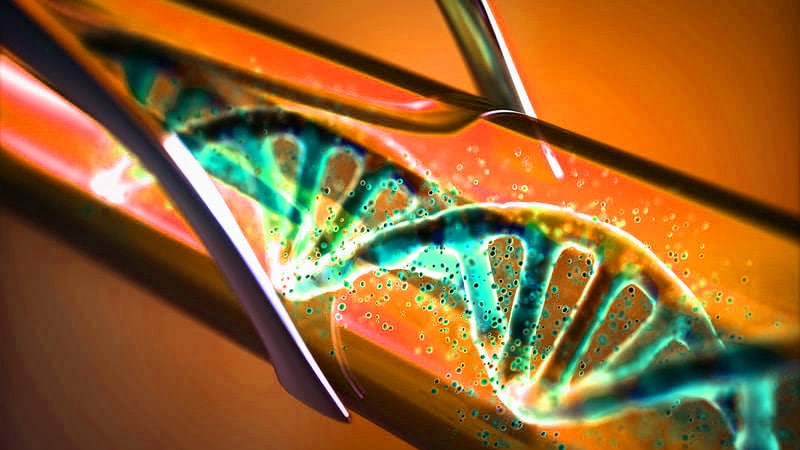 Genetic testing after sudden unexplained death in a young person with inconclusive autopsy results needs to be expanded to include gene variants for cardiomyopathy, a new study shows.

Researchers found that among 91 people who died suddenly and in whom autopsy failed to reveal a definitive cause, gene variants associated with cardiomyopathy that would have explained the death were found in 14 (15%) of these cases.

“This work has major implications for famililes who have experienced a sudden unexplained death of a young person,” lead author Julia Isbister, MBBS, University of Sydney, Sydney, Australia, commented to theheart.org | Medscape Cardiology.

“Just in the 14 additional cases in this cohort where we identified a concealed cardiomyopathy as the cause of death by this genetic testing, we were able to release so many relatives from follow-up and to change the way we care for those who are at risk. Ultimately, this is all aiming to reduce the risk of another tragedy in these families,” she added.

The study was published online November 21 in the Journal of the American College of Cardiology.

Isbister explained that when a young person dies suddenly without explanation, the first step in the approach to investigating that death is an autopsy, but in up to 40% of these sudden deaths, the heart appears structurally normal and no cause of death is identified at autopsy, so the families are left not knowing why their loved one has died.

“We know that genetic testing — also known as molecular autopsy — can sometimes reveal the cause of death in this situation, but traditionally this approach is limited to testing for genes involved in inherited arrhythmia syndromes/channelopathies, such as long-QT syndrome. The assumption has been that because the heart appears to be structurally normal then genes for cardiomyopathy were not involved,” she noted.

But evidence is now mounting that inherited cardiomyopathies can cause arrhythmias before any structural changes to the heart become obvious.

“So essentially, these patients may have a normal heart or no significant abnormalities at autopsy, but in fact they carry an abnormality in a gene that can cause heart muscle disease and they may succumb to an arrhythmia before there is any significant or visible structural changes in the heart muscle itself,” Isbister said.

The current study was conducted to investigate more broadly which genes are implicated in sudden death where no definite causes are identified at autopsy.

The study population included 91 such individuals aged 1-64 years (mean age 25) who either had a structurally normal heart or only subtle changes that weren’t sufficient to confer a diagnosis. Genetic testing was performed in these individuals, and instead of limiting this to the traditional genes implicated in arrhythmia syndromes, the researchers included a much broader range of up to 183 genes known to be implicated in cardiovascular disease including those implicated in cardiomyopathies.

Results showed that in the whole cohort of 91 patients, a genetic abnormality that would account for the death was found in 20 patients.

Of these, 14 had an abnormality in cardiomyopathy genes that would not have previously routinely been tested for; 5 were arrhythmia syndrome genes which would have been found using the traditional gene testing approach, and there was 1 which was a variant in a vascular disease gene.

“So, of the 20 individuals in whom we found a genetic cause of death, 14 of them had this concealed cardiomyopathy, which would not have been identified with the limited approach that is currently recommended for genetic testing in these circumstances,” Isbister commented.

The researchers believe that these results show that concealed cardiomyopathy should be considered in all cases of sudden death that are unexplained on autopsy, with the caveat that this genetic testing does need to be undertaken at an expert center.

“Our results suggest we’ve been missing a lot of these cases where we could have found a cause of death for the family. We identified a cause of death in more than double the number of patients compared to the previous approach to testing where only genes implicated in arrhythmogenic syndromes were considered,” Isbister noted.

She stressed the importance of understanding why an individual has died and how this changes care for the relatives.

“Firstly, finding a cause of death provides some sort of psychological closure for the family. The importance of that can’t be underestimated,” Isbister said.

Second, it changes how other members of the family are cared for.

For example, if a genetic cause of death is established, then relatives can be offered testing for that genetic abnormality. Those relatives who are found to have that genetic variant are considered to be at risk, and will be followed closely with strategies to try and reduce the risk for sudden death; this could include regular ECG, cardiac MRI, echocardiography, and possibly the use of certain medications and advice to avoid activities that are known to trigger arrhythmia, Isbister explained.

In those who don’t carry the genetic variant, they can be reassured and released from follow-up and the lifelong worry of wondering if they are also at risk for sudden death.

For the current cohort, the researchers performed cascade genetic testing in 47 first-degree relatives of those who had died and were discovered to have a pathologic genetic variant. They found that 43% of these relatives carried the familial variant, of whom 65% had an observable phenotype. They also identified 27 genotype-negative first-degree relatives who were released from further screening.

In an accompanying editorial, Ravi Karra, MD, and Navid Nafissi, MD, Duke University Medical Center, Durham, North Carolina, say that: “For family members of the deceased, these data point toward a high likelihood of identifying occult disease, an opportunity for preventing adverse outcomes, and an opportunity to reassure those with low risk.”

They note that, as this study suggests, subdiagnostic ventricular fibrosis may precede clinically apparent cardiomyopathy but still provide enough of an arrhythmogenic substrate to result in sudden cardiac death. And in cases with normal cardiac pathology at autopsy, cellular and molecular changes may influence arrhythmogenic risk more prominently.

They stress that long-term follow-up of family members is important to establish properties of pathogenic alleles, such as penetrance and expressivity. And to test whether lifestyle interventions (eg, moderation of activity) or novel precision therapeutics can prevent the development of overt cardiomyopathy.

This work was supported by grants from the National Health and Medical Research Council, National Heart Foundation of Australia, and New South Wales Health. The authors and editorialists report no relevant financial relationships.