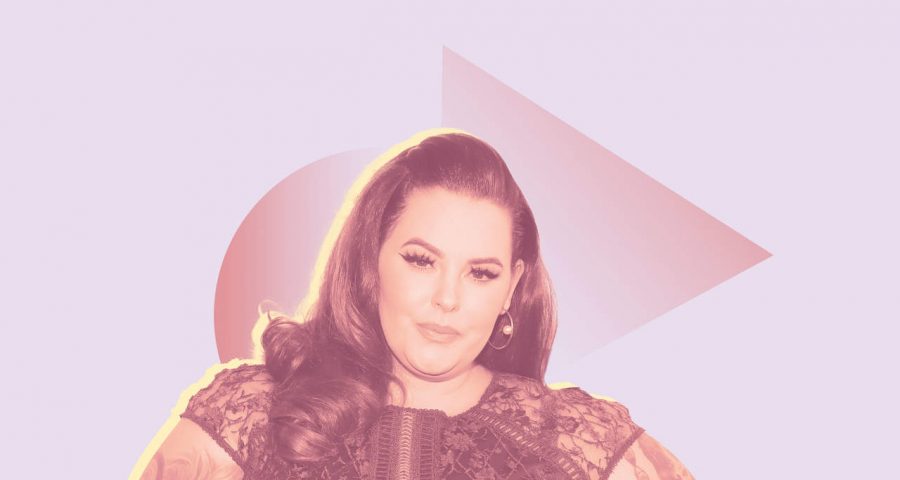 The body positivity movement has thrived thanks to its simple, relatable message: You can and should be proud of your body and love it no matter what you look like.

But what if you love and accept your body—but also want to change parts of it? Can you be truly body positive while actively wanting and trying to alter your body?

Tess Holliday, one of our body positive queens here at Health, says the answer is yes, and that she's living proof. She tells us that she's been actively working on strengthening her body since the beginning of the year—and that she loves the changes her efforts at the gym have brought.

“I hired my trainer almost a year ago. We started working out a few times a week starting in January,” Holliday tells Health. “My case wasn’t ‘new year new me’ because I’m so fat,” she continues. “I just wanted to be stronger. My job was becoming more demanding, and I have a toddler. Just being able to keep up with all of those things was really hard for me.”

One of the most crucial body positivity principles she follows is to be kind to yourself; taking care of you should be a priority no matter your size. Holliday says working out has helped her embrace that message. “For me, it’s a form of self-care. I feel like through working out, I’ve learned a new way to love myself,” she says.

But establishing a workout routine didn’t come easy (does it ever?), in part because of the way she grew up. “It was hard because I grew up not really working out. [While] I didn’t judge people [for working out], I didn’t really understand why certain people worked out all the time until literally this year. Something clicked with me.”

When your trainer is out of town & you’re left to your own devices ?? sorry @massy.arias ?

Of course, Holliday mentions that people who leave rude messages on her Instagram posts haven’t made achieving her new goals any easier. She’s not referring to people who leave hateful comments about her size. Rather, she’s talking about Instagram users who say that working out is somehow anti-body positive. “People will say, ‘Oh, I thought you loved yourself, and now you’re working out?’” Holliday says.

Those unsupportive comments online have, sadly, influenced what Holliday decides to share with her close to two million Instagram followers. “I stopped sharing my workout stuff as much because trolls will come on my page,” she explains.

But Holliday, who is currently participating in a body positive campaign launched by self-tanner manufacturer Ilse of Paradise, doesn't apologize. “I feel like being able to be fat and go to a gym and work out—even if you’re not trying to lose weight, even if you’re just doing it because it makes you feel good—we should be able to say it without feeling ashamed.”

Her fitness goals go far beyond just toning up. She also hopes that her time at the gym will encourage people in similar situations to take control of loving their bodies—whether that involves time spent working out or not.

“There’s a toxic diet culture where everyone forces this ‘health’ on people. It’s not fair. Not everyone wants to [achieve that]. But for me, personally, I feel so much better.

“I’m just gonna keep doing it and proving it and, hopefully, encouraging others that are maybe scared to go to the gym or want to but are afraid that they can’t. Hopefully, [I am] showing them that they can and that they belong in that space just as much as people that are ‘fit.’”

To get our top stories delivered to your inbox, sign up for the Real Wellness newsletter