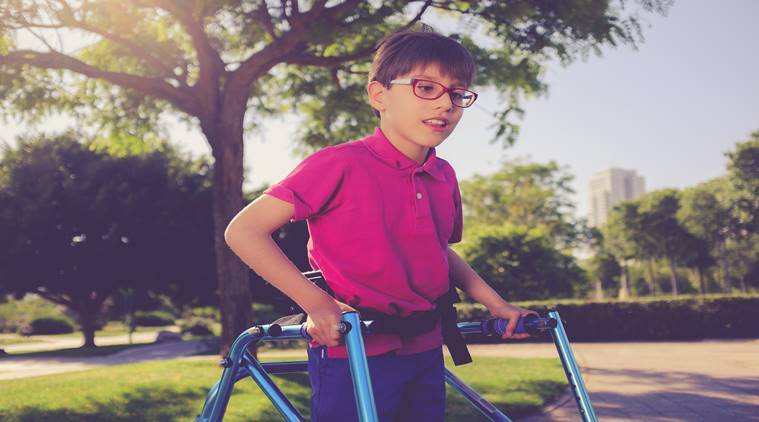 The procedure, known as selective dorsal rhizotomy, involves cutting some of the sensory nerves from the legs while they enter the spinal cord in order to relieve stiffness, improve mobility and reduce the affected children’s pain levels.

Walking ability in children with cerebral palsy, a common disorder movement, can be improved by a surgical procedure that has been recently discovered, suggests a research. The procedure, known as selective dorsal rhizotomy, involves cutting some of the sensory nerves from the legs while they enter the spinal cord in order to relieve stiffness, improve mobility and reduce the affected children’s pain levels.

Cerebral palsy, which affects movement and coordination, is caused by abnormal development or damage to the brain that occurs before, during or soon after birth.

“This procedure is for children with cerebral palsy who can walk but are having problems because the stiffness in their legs leads to pain and a lack of control over movement. Because it involves cutting nerves, the procedure is irreversible,” Janet Peacock, one of the lead researchers of the study explained.

Since the operation is irreversible, it had not been fully established whether it could help improve children’s quality of life, or what the longer-term effects were. Therefore, the study by NHS England, assessed eligible children with cerebral palsy before and after the operation.

Published in The Lancet Child and Adolescent Health, the findings showed that the procedure benefited children by improving their movement, quality of life and levels of pain along with “no significant health risks to the children”.

For the research, 137 children from five selected centers were selected to receiving the procedure. The researchers then collected and analysed data on patients’ progress for two years after their operations.

As per UK estimates, around 1,700 children, are born with the condition every year. Treatments include medicines to relieve muscle stiffness, pain relief, and physiotherapy to aid walking. In India, nearly 15-20% of physically disabled children are affected by cerebral palsy, with the estimated incidence being around 3/1000 live births, according to an article published in The BMJ in 2017.

“NHS England has now decided that this procedure will be funded as a direct result of this innovative project. It’s great to get this decision so that it will make a difference to patients,” said Janet Peacock, one of the lead researchers of the study.