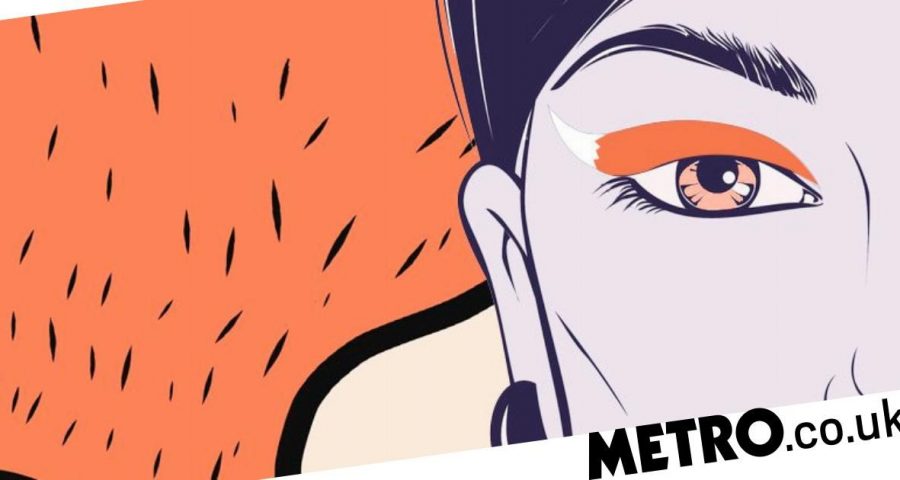 Fox eye makeup is a huge trend right now, where you use shadow, liner, and eyebrow products to lift the outer corner of the eye (with the aim being a slimmer, more defined looking face).

In fact, fox eye makeup has seen a 319% increase in searches in the last year, according to research by Tanologist.

As with any beauty trend, cosmetic surgery and tweakments have followed, with a procedure called the fox eye thread lift growing in popularity to recreate the look more permanently.

Celebrities such as Bella Hadid and Kendall Jenner have been rumoured to have had the procedure (both have denied this), and practitioners from Harley Street and across the UK offer the lift.

Touted as a ‘lunch time’ treatment – as it takes just 30 minutes – fox eye thread lifts cost from £300 to about £700 here in England, with results lasting from between three months to five years.

However, not only has the procedure been accused of fuelling cultural appropriation, it’s also received criticism from surgeons.

Dr Riccardo Frati of Frati Cosmetic Surgery tells Metro.co.uk what a fox eye lift involves: ‘Think of a barbed thread like a fish wire with hooks. It hooks to the skin dragging it upwards, causing a lift.’

This lifted effect is what people want, but it needs to be remembered that this is a medical procedure, and inserting foreign objects into the body won’t create the same results in everybody.

Dr Riccardo continues: ‘Some patients’ scar tissue can encapsulate around the thread, which means it cannot be dissolved successfully.

‘This can also cause disfiguration to the face through ripples and adhesions to the skin. It’s very important to be wary of quick fix facial procedures, just Google thread lifts gone wrong.’

The fox eye facelift is just a thread lift under a different guise, and the risks are the same.

‘I have worked in the industry for almost 10 years now and saw many thread lift horrors when I first began working as a patient co-ordinator in 2012,’ says Ashley Hunt, Head of Patient Liaison at Frati Cosmetic Surgery.

‘Threads were actually recalled from the market due to their potential side effects such as loss of sensation, visible threads on skin and puckering.

‘Threads don’t dissolve, the patient can feel the thread and infection and encapsulation are just a few of the potential side effects.’

In a video about the procedure, aesthetic doctor and YouTuber Dr Anil Rajani says: ‘The number one PDO [the type of thread used] complication that people ask me about that they struggle with is puckering of the thread.’

He shows pictures of patients for whom the threads used are visible – either when their face is relaxed or they’re smiling or talking – explaining that, in many cases, it’s because the patient has thin or loose skin, the practitioner moved the thread direction during insertion, or used the wrong threads for the face.

In a later video, Dr Rajani states that around 18% of patients experience puckering after a thread lift.

A thread lift is categorised as a non-invasive procedure, and is not designed to give the same dramatic results that a surgical facelift can.

But the fox eye trend relies on that dramatic lift, pulling the outer end of the eyebrows right up. This is why some people who administer fox eye thread lifts show results that include folding and puckering, as the extra skin has nowhere to go once it has been pulled up.

Every tweakment – from fillers to botox and beyond – is someone’s individual choice. However, it’s worth remembering that you could suffer from appearance-altering (not to mention painful) side effects, all for the sake of a short-lived trend.

If you do decide to have the procedure, Ashley advises: ‘They should only be performed in a CQC registered practice if they are being done, and patients should be made aware that the results can often last as little as a few weeks (but they are then stuck with the thread in their face).

‘I’ve spoken to a number of people who have had the procedure and call it “brutal”. Many surgeons will also refuse to work with these people for brow and face lifts for example due to the many associated complications.’

Just because it’s cheaper than a facelift and all over Instagram doesn’t make this a quick fix.

Always exercise the same caution with these treatments as you would any other medical procedure, and don’t be taken in by big promises.

Get in touch at [email protected]