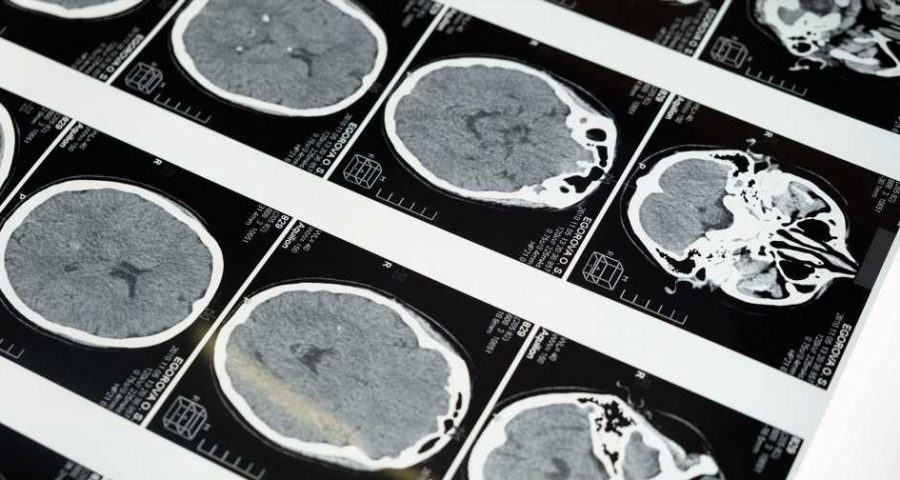 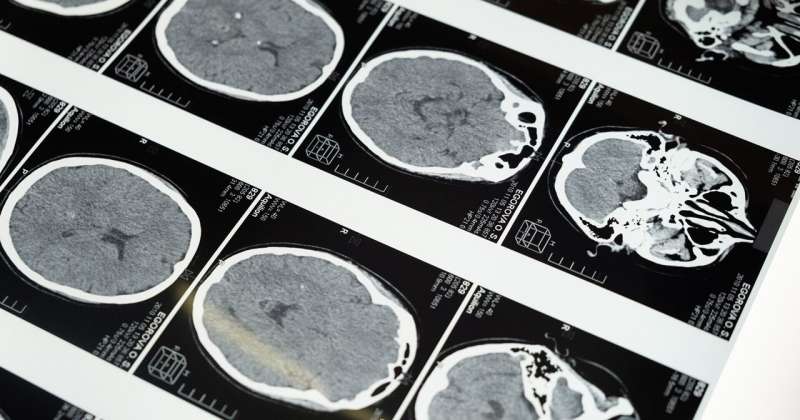 Researchers at Western University’s Schulich Medicine & Dentistry have identified how specific lesions in the brain could be used as early predictors of cognitive decline and identify those who are at high risk of developing dementia.

The new findings, recently published in Alzheimer’s & Dementia, identify the importance of brain lesions known as white matter hyperintensities as early predictors of cognitive decline—which could lead to earlier interventions and improvements in patient outcomes.

“One of the biggest challenges now is it is difficult to determine who is most at risk of developing dementia,” said Austyn Roseborough, MD/Ph.D. candidate in anatomy and cell biology, who led the research. “You could have 100 people with mild cognitive impairment, but how do you predict who will progress and who will progress the fastest?”

In the meta-analysis, researchers examined the long-term impacts of white matter hyperintensities on various patient groups, including those with mild cognitive impairment, Alzheimer’s disease, or those who have suffered a stroke.

Past research on the brain lesions grouped those patients together, but by studying them separately, Roseborough was able to assess the unique contributions of white matter hyperintensities to cognitive decline in each group.

In another unique aspect to the paper, researchers only analyzed longitudinal studies to get a more robust assessment of the long-term impact of white matter hyperintensities on clinical progression.

Among all the groups, evidence of the lesions predicted worse cognitive outcomes and faster rates of cognitive decline. The lesions can be detected on an MRI.

The researchers also found the association between future cognitive decline and white matter hyperintensities is strongest in individuals with mild cognitive impairment and/or stroke.

“Evidence of moderate to severe white matter hyperintensities may be the canary in the coal mine that therapeutic intervention needs to occur,” Roseborough said.

Individuals who had a stroke and had severe white matter hyperintensities appear on an MRI scan were very likely to have worse cognitive outcomes anywhere from six months to five years post-stroke. Those individuals also had an increased risk of conversion to dementia.

Roseborough said if patients could access an MRI at the time of their stroke, identifying the severity of white matter hyperintensities, it could help determine which patients are at highest risk for severe outcomes. This would allow clinicians to better determine therapeutic interventions and early treatment protocols.

“One of the scariest things for people is a dementia diagnosis. I don’t know many diagnoses that are scarier for someone and there is very little you can do,” she said. “A big problem is a lot of research for therapeutics are aimed at people who already have it. By the time patients know they have it and are terrified they do, it’s often too late for a lot of therapeutics.”

White matter hyperintensities—which have been studied since the 1980s—are linked to a leakage of blood proteins into the white matter structure of the brain, which increases inflammatory processes and causes loss of tissue integrity in the lesions.

Up to 60 percent of people have some white matter hyperintensities by the time they are 50—some in small amounts and some in higher volumes. The higher the volume, the higher the risk of severe outcomes.

As part of the research, Roseborough also identified areas of inconsistency related to previous studies on white matter hyperintensities. She used the findings to make recommendations on how to best research the lesions moving forward. Implementing those recommendations would allow for studies to be combined and interpreted more readily in the future.

While the innovative research opens the door to better predict those at risk of developing cognitive decline, Roseborough acknowledged it’s not realistic to provide MRIs and brain scans to a wide swath of the population.

As next steps, she’s aiming to develop blood-based biomarkers that can identify white matter hyperintensities, which could lead to improvements in patient care by allowing clinicians to start interventions and treatments earlier.

“Austyn’s work is critical and could be a gamechanger because blood-based biomarkers that show changes in white matter hyperintensities could be a predictor of danger 20, 30 or even 40 years down the road,” said Shawn Whitehead, associate professor, anatomy and cell biology, who collaborated on the study. “The whole idea here is that if I have these things happening in my brain that will predict dementia years from now, I can’t do anything about it unless I know it.”

Most research on therapeutics is aimed at people who are already suffering from cognitive decline or dementia, but a shift to early detection and prevention would mark a major leap forward for patient care, Roseborough explained.

As an MD/Ph.D. student, Roseborough will begin the medical school component of her program in the fall, where she aims to combine her experience in basic science, clinical imaging and epidemiology into future translational research in brain health.