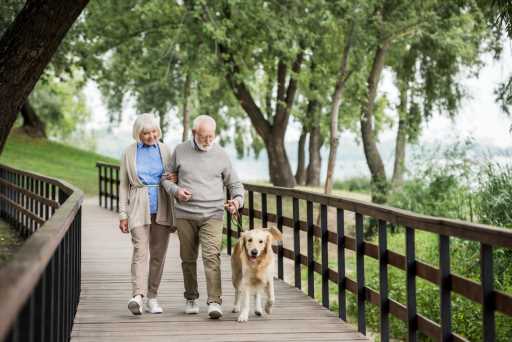 Exercise can increase our life expectancy

Exercise is important for human health. Sufficient movement also has an additional positive effect on our life expectancy. Researchers found out now that older women can improve their life expectancy significantly, if you go to a day per day a minimum of 4,400 steps.

In the current investigation, the internationally recognized Harvard Medical School has found that women, at least 4.400 steps to move daily, benefiting from increased life expectancy. The results of the study were published in the English journal “JAMA Internal Medicine”.

Normally, it is recommended that people should make to help maintain your health per day is 10,000 steps. The achievement of 10,000 steps per day is above all a destination for all people who want to stay fit and active. The actually performed step number, a lot of people, however, is far below the target of 10,000 steps. According to the latest findings in older women can improve their life expectancy, however, already by performing less than half of this is actually the recommended steps.

Risk of premature death was reduced by 41 percent

Pensioners, which took a day 4.400 steps, had a 41 percent lower risk of death than those who took only 2.700 steps. The risk of premature death decreased further to a value of 7,500 steps per day, before the reduction flattened out, report the researchers. This value is far below the frequent target of 10,000 steps.

For the study, a total 16.741 older women were studied and, in General, for a period of longer than four years, supervised by a doctor. The participants had an average age of 72 years. In the period of the investigation, 504 of the participating women died. 275 of the affected participants were, on average, ran a day of 2,700 steps. These women were among the 25 percent who had moved the least

To make 10,000 steps per day, can be discouraging effect on people. The current study shows, however, that health benefits occur by the movement even at a lower Step. Every step counts, the more steps you create, the better it is for your overall health and your life expectancy. (as)