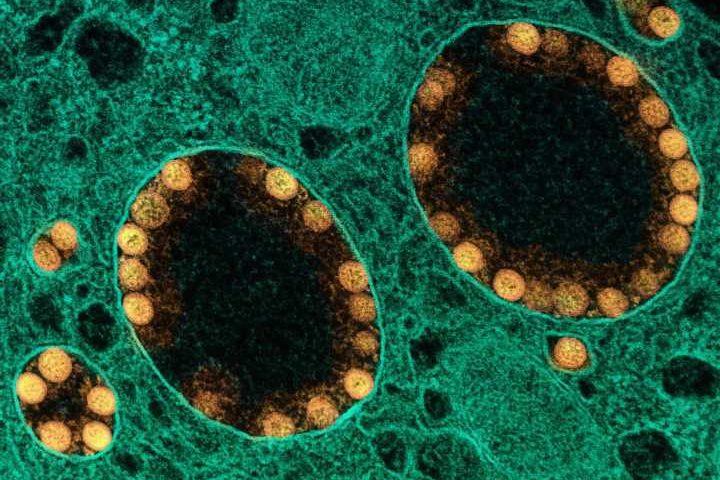 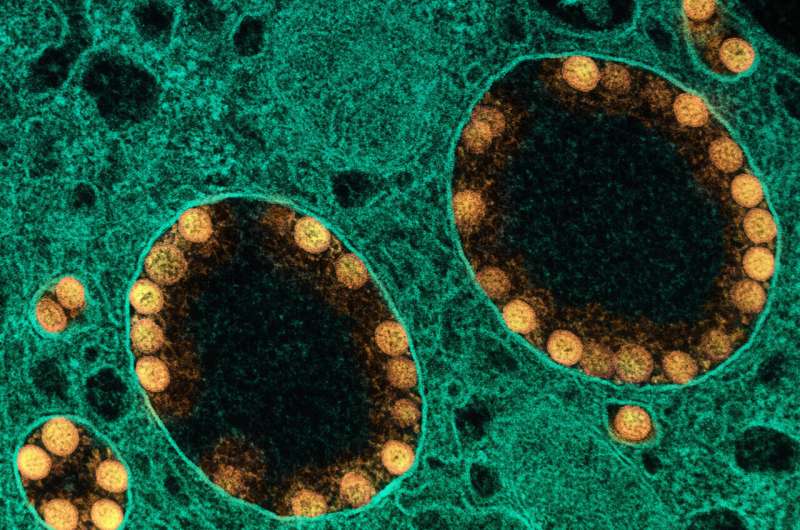 Researchers in Germany have discovered that age-dependent impairments in antiviral interferon proteins underlie the increased susceptibility of older patients to severe COVID-19. The study, published today in the Journal of Experimental Medicine, shows that aged mice infected with SARS-CoV-2 are protected from severe disease by treatment with one of these interferons, IFN-γ.

The immune system’s response to SARS-CoV-2 is coordinated by a group of antiviral signaling proteins called interferons, which help to stop the virus replicating and activate various immune cells that can clear the virus from the body.

There are three different types of interferon protein, known as types I, II, and III, and researchers have estimated that up to 20% of SARS-CoV-2–related deaths may be attributed to defects in type I interferon signaling (due to the presence of genetic mutations or autoantibodies that block type I interferons from functioning properly).

However, whether age-dependent changes in the activity of interferons explain why older patients are more susceptible to developing severe COVID-19 has remained unclear.

To investigate this question, a team of researchers led by Dr. Daniel Schnepf and Professor Martin Schwemmle at the Institute of Virology, Medical Center University of Freiburg, developed a novel strain of SARS-CoV-2 that, unlike clinical strains of the virus, can infect regular laboratory mice and cause severe disease. The strain, which carries several key mutations also found in omicron strains, was particularly virulent in aged mice, showing enhanced replication and causing increased death in older animals compared with younger ones.

Schnepf and colleagues determined that type I interferon signaling was impaired in aged mice. Notably, however, the researchers also discovered that levels of the type II interferon IFN-γ were reduced in older animals infected with SARS-CoV-2. Treating these aged mice with IFN-γ protected them from severe illness and death in response to SARS-CoV-2 infection. In contrast, blocking type II interferon signaling in younger mice made them more susceptible to severe disease.

“Collectively, our data suggest that impaired type I IFN signaling in combination with impaired IFN-γ–mediated immune responses can account for the observed high SARS-CoV-2 disease susceptibility of aged mice, and possibly older humans, too,” Schnepf says.