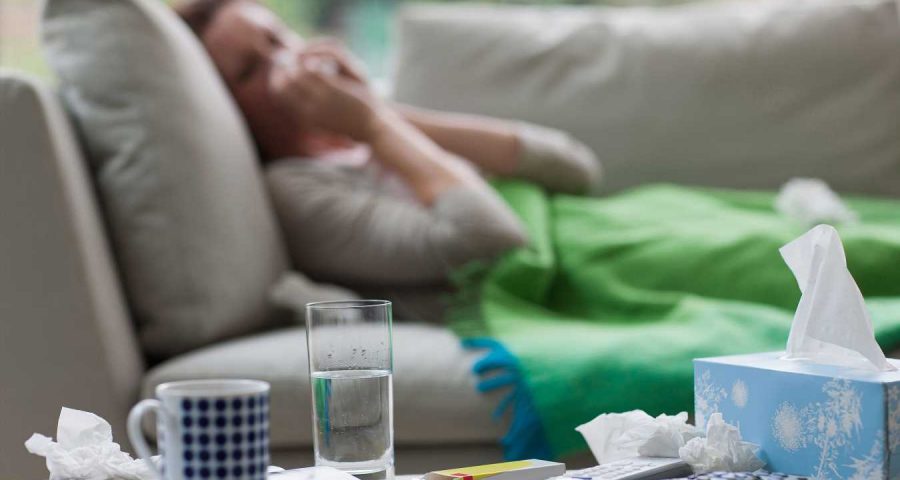 A second wave of the flu that kicked off in February has now made this year’s flu season the longest in a decade.

The current season began the week of Thanksgiving in late November, and has stuck around for 21 weeks and counting, according to the Associated Press.

CNN reports that the previous record came during the 2014-2015 season, when it lasted 20 weeks.

The AP reports that in the beginning, the number of hospitalizations remained low, as the spreading flu strain was one that’s more easily controlled by vaccines.

However, by February, a new strain had begun, leading to additional illnesses and hospitalizations since it is “not well matched” with the vaccine, the Centers for Disease Control’s Lynnette Brammer told the AP.

Despite the length of the season, the statistics still pale in comparison to the brutal 2017-2018 19-week season, according to the CDC.

As many as 610,000 people have been hospitalized with flu-like illnesses over the past 21 weeks, and though that sounds like a lot, the agency says the estimation is still lower than end-of-season total hospitalization estimates for any season since they began tracking hospitalizations.

The CDC released a weekly report Friday tracking flu activity through the week ending April 13, and said that Rhode Island was the only state experiencing high influenza-like illness activity. Five states, meanwhile, reported moderate activity, while the rest had low to minimal.

Symptoms of the flu include fever, cough, sore throat, runny or stuffy nose, muscle or body aches, headaches and fatigue, while further complications, like pneumonia, can be life-threatening and possibly result in death.

The CDC recommends getting vaccinated each year.