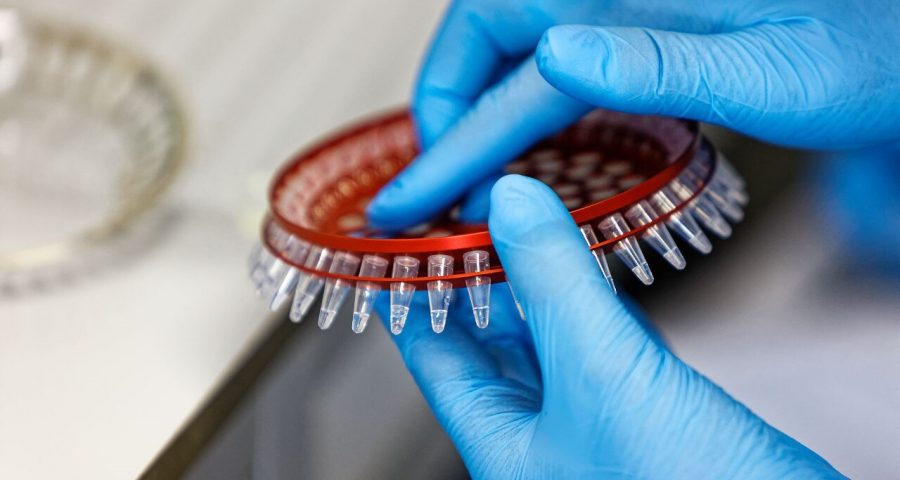 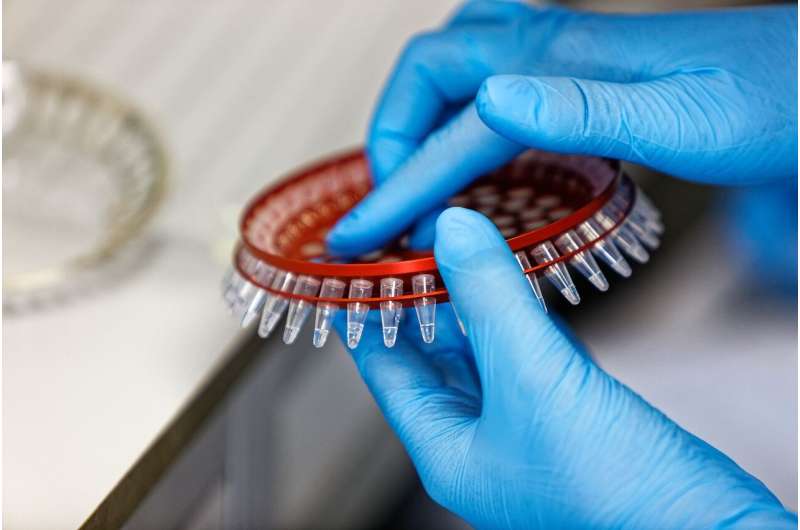 Using the developing eye of the fruit fly as a test platform, researchers found that RPS-12 protein overproduction appears to trigger triple-negative breast cancer and possibly some other malignancies. The protein indirectly switches on an important intracellular signaling pathway active while the embryo develops, but which shuts down in healthy cells of adults. Far Eastern Federal University (FEFU), the University of Geneva, and the Institute of Protein Research (Russia) scientists describe the problem in Scientific Reports.

Researchers have taken another step towards targeted treatment of tumors. The idea of such a therapy is to identify the necessary target proteins playing instructive functions in tumor initiation or progression in order to suppress tumor development while causing minimal harm to healthy cells.

Using fruit flies and a cDNA library of patient-derived triple-negative breast cancer, scientists launched a massive screening for potential novel human oncogenes, i.e. genes that after a mutation activate elements of cancerous transformation. To find the potential targets, scientists inserted genes found in the human tumor into the Drosophila genome, drove their misexpression in the eye of the insect, and observed the potential defects in the development of this sensitive organ.

After they transplanted the human protein RPS-12, the Drosophila eye shrank and obtained a mirror-like appearance.

“This phenomenon reminds the classic glazed phenotype that Thomas Morgan, the father of Drosophila genetics, discovered back in the 1920s. Only in the 90s of the 20th century, it was understood that the mutation affects the Wingless gene. This Drosophila gene corresponds to the WNT genes that trigger the signaling pathway of the same name in humans. The activity of the WNT signaling pathway is vital for the development of the human body at the embryonic stage, though switched off at later stages. Mutations or epigenetic changes can reboot the signaling pathway in adults. After that, the initially healthy cells start a massive proliferation. This is one of the reasons for the development of triple-negative breast cancer and some other forms of cancer, such as in the colon, liver, ovaries, etc,” explains Vladimir Katanaev, the project ideologist, head of the laboratory of pharmacology of natural compounds at the FEFU School of Biomedicine.

Scientists revealed that the phenotype of the glazed eye arises because the expression of human RPS12 in the eye of Drosophila overactivates the WNT / Wingless-signaling pathway. The overabundance of RPS12 protein stimulates the production of active forms of Wingless capable of diffusing over long distances in the tissue and reaching distant cells. Reciprocally, the reduced amount of RPS12 decreases the production of such Wingless forms.

“The proteins of the Wingless-WNT family are very ‘sticky.’ Their natural distribution in the body tissues is limited, and the number of active forms migrating over long distances is under strict regulation. WNT is an example of morphogens, i.e. substances that are produced in specific places during embryogenesis and spread through the tissue generating a concentration gradient. If we consider a human hand as an example, the palm, elbow, and shoulder are formed due to the reaction of cells to different concentrations of the WNT morphogen,” says Vladimir Katanaev.

Special mechanisms are responsible for the production of WNT-forms capable of spreading through tissue over long distances. One of the mechanisms the team studied earlier is based on the protein reggie-1/fotillin-2.

“It turned out that RPS12 plays a similar role. Thus, we have unveiled a new mechanism for controlling the production of active forms of WNT, and suggest that the RPS12 protein may become a new potential target for anticancer therapy. Further research will show how this protein is really suitable for therapeutic targeting,” concluded Vladimir Katanaev.

About 70-80 percent of the genes responsible for human disease have orthologous genes in Drosophila. Evolutionary, these are practically the same genes, but with some individual sequences in humans and fruit flies.

The Drosophila eye development is complex and multistage. At various phases of its development, various signaling pathways and cellular mechanisms one knows in humans become active. Based on this, scientists assumed that any human oncogene, if transplanted into the eye of a Drosophila, would lead to a disruption in the development of this organ. A fly with an affected eye lives up to maturity, meaning that it is easy to observe the eye developmental disorders, simply by studying the insect through a microscope.