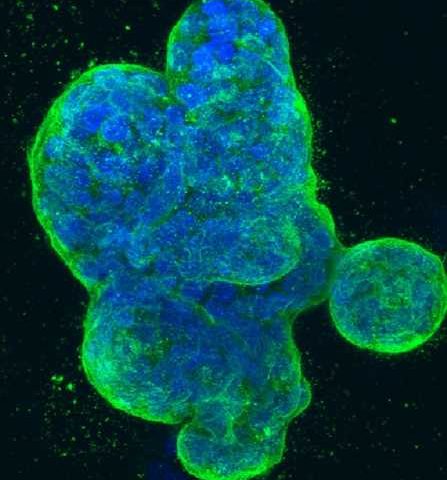 South Australian scientists have made a critical breakthrough, discovering how an obscure protein causes breast cancer to develop and grow more quickly.

High levels of a protein called Creld2 have been linked to the most aggressive types of breast cancer with lower survival rates, according to Associate Professor Michael Samuel, a senior UniSA researcher in the Centre for Cancer Biology (CCB), who spearheaded this research with co-lead scientist Dr. Marina Kochetkova.

“Scientists have been aware of this protein for some time, but it has not been well-studied and until now we hadn’t understood the role it plays in breast cancer. Creld2 appears to make normal, healthy cells surrounding the tumour behave abnormally, causing them to help tumours grow,” Assoc Prof Samuel says.

His team at the CCB, an alliance between the University of South Australia and SA Pathology, is now working on therapies to destroy or block Creld2, with the aim of stopping breast cancers from growing and spreading around the body.

High levels of Creld2 are found in triple negative breast cancers, which make up 15 percent of all breast cancers in Australia, are difficult to treat and have the poorest survival rates. This type of breast cancer also frequently affects younger women.

Creld2 at high levels is also found in kidney cancers, non-melanoma skin cancers—the most commonly diagnosed cancer in Australia—and invasive squamous cell carcinomas, which can be deadly if not detected early.