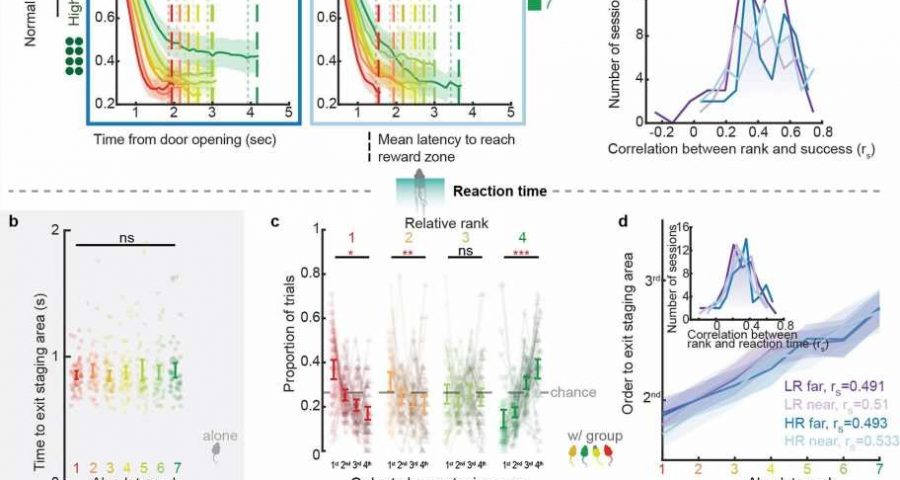 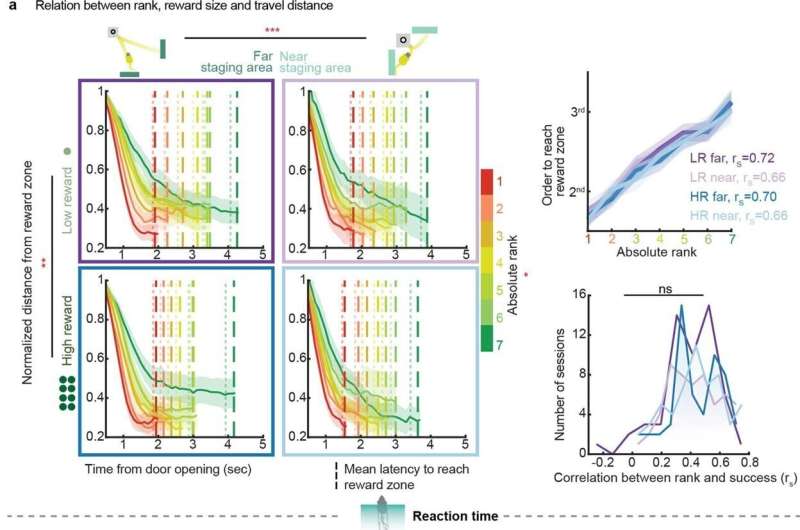 New research in mice has identified neurons in the brain that influence competitive interactions between individuals and that play a critical role in shaping the social behavior of groups. Published in Nature by a team led by investigators at Massachusetts General Hospital (MGH), the findings will be useful not only for scientists interested in human interactions but also for those who study neurocognitive conditions such as autism spectrum disorder and schizophrenia that are characterized by altered social behavior.

“Social interactions in humans and animals occur most commonly in large groups, and these group interactions play a prominent role in sociology, ecology, psychology, economics and political science,” says lead author S. William Li, an MD/Ph.D. student at MGH. “What processes in the brain drive the complex dynamic behavior of social groups remains poorly understood, in part because most neuroscience research thus far has focused on the behaviors of pairs of individuals interacting alone. Here, we were able to study the behavior of groups by developing a paradigm in which large cohorts of mice were wirelessly tracked across thousands of unique competitive group interactions.”

“Collectively, these neurons held remarkably detailed representations of the group’s behavior and their dynamics as the animals competed together for food, in addition to information about the resources available and the outcome of their past interactions,” explains senior author Ziv M. Williams, MD, a neurosurgical oncologist at MGH. “Together, these neurons could even predict the animal’s own future success well before competition onset, meaning that they likely drove the animals’ competitive behavior based on whom they interacted with.”

Manipulating the activity of these neurons, on the other hand, could artificially increase or decrease an animal’s competitive effort and therefore control their ability to successfully compete against others. “In other words, we could tune up and down the animal’s competitive drive and do so selectively without affecting other aspects of their behavior such as simple speed or motivation,” says Williams.

The findings indicate that competitive success is not simply a product of an animal’s physical fitness or strength, but rather, is strongly influenced by signals in the brain that affect competitive drive. “These unique neurons are able to integrate information about the individual’s environment, social group settings, and reward resources to calculate how to best behave under specific conditions,” says Li.

In addition to providing insights into group behavior and competition in different sociologic or economic situations and other settings, identifying the neurons that control these characteristics may help scientists design experiments to better understand scenarios in which the brain is wired differently. “Many conditions manifest in aberrant social behavior that spans many dimensions, including one’s ability to understand social norms and to display actions that may fit the dynamical structure of social groups,” says Williams. “Developing an understanding of group behavior and competition holds relevance to these neurocognitive disorders, but until now, how this happens in the brain has largely remained unexplored.”