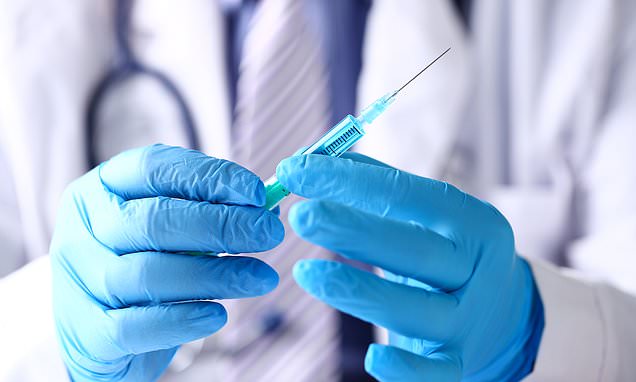 A vaccine to tackle HIV – the AIDS-causing virus – could be available by as soon as 2021, scientists believe.

Trials of three different vaccines are close to entering their final stages, prompting experts to be ‘optimistic’ about the future.

Results of the vaccine experiments – known as HVTN 702, Imbokodo and Mosaico – will be available as early as next year.

People with HIV can take drugs which makes their viral load undetectable, meaning they cannot transmit it, including through sex.

However, a vaccine does not currently exist to protect against catching the virus, carried by 37million people worldwide. 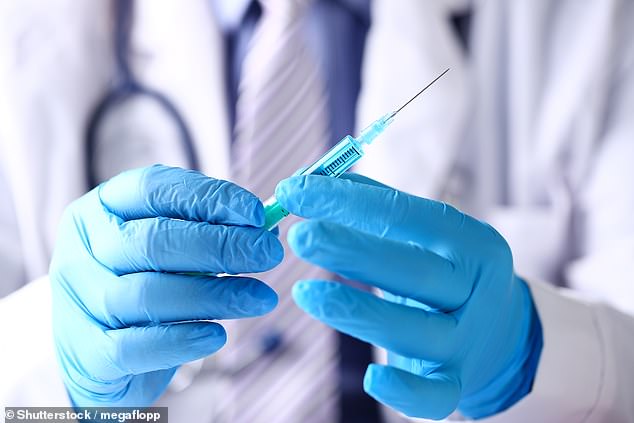 Chair of two of the trials, Dr Susan Buchbinder, director of the Bridge HIV research program at the San Francisco Department of Public Health, said this is ‘perhaps one of the most optimistic moments we have been in’.

Even a partially effective vaccine would be ‘a tremendous breakthrough’ and ‘would really have the power to change the trajectory of the epidemic’, she said.

She told NBC: ‘We have three vaccines currently being tested in efficacy trials, and it takes quite a bit to actually be promising enough in the earlier stages of trials to move you forward into an efficacy study.’

The oldest ongoing HIV vaccine trial – known as HVTN 702 – was launched in South Africa in 2016.

It’s based on a prior candidate, RV144, which lowered the rate of HIV infections by around 30 per cent in an older study.

RV144 remains the only HIV vaccine that has ever demonstrated any efficacy against the virus. However, scientists wanted to make it stronger.

As well as providing better protection than the RV144 regimen, HVTN 702 has been adapted to the HIV subtype that predominates in southern Africa (HIV-1 clade C).

The second trial, of Imbokodo, began in five southern African nations in 2017. Some 2,600 women have been enrolled in the study.

Imbokodo uses ‘mosaic’ immunogens, which are ‘vaccine components designed to induce immune responses against a wide variety of global HIV strains’, according to the National Institutes of Health.

The third vaccine, called Mosaico, is also based on this unique mosaic immunogen approach. A trial of the vaccine started in November.

Mosaico will recruit 3,800 gay men and transgender people for its clinical trials at 57 sites in the US, Latin America and Europe.

Imbokodo and Mosaico are very similar in formula and mosaic vaccines are expected to give broader coverage to different strains of HIV.

Left untreated, this leads to AIDS – the name for a series of deadly infections which the weakened immune system cannot tackle.

HIV experts say a vaccine needs to be at least 50 per cent effective to be a ‘game changer’ in combating numbers of cases.

Doctors can already dish out pre-exposure prophylaxis (PrEP), a daily pill that people at very high risk can take to prevent getting HIV.

And those with HIV can take anti-retroviral therapy (ART), which ensures they have an undetectable viral load, meaning the amount of virus in their blood is low.

Although it doesn’t mean they are cured, there is no possibility they can transmit the virus to a sexual partner or child.

Dr Anthony Fauci, director of NIAID, has been advocating for a vaccine that is at least 50 per cent effective for years in order to dramatically lower the incidence of HIV.

He feels ‘even more strongly now’ that a partially effective vaccine would be worth deploying.

He added: ‘If one or more of these vaccines look good, have a 50-60 percent efficacy, I think that’s going to be the game changer for turning the epidemic around.’

President Donald Trump’s Ending the HIV Epidemic plan aims to lower new infections by 75 per cent in five years and by 90 per cent in 10 years ‘even in the absence of a vaccine’.

So, if one of the three vaccines currently being tested works, Dr Fauci said ‘that would be the endgame’.

HVTN 702 completed enrollment this summer, and clinical results are expected in late 2020 or early 2021.

It suppresses their viral load so the virus is untransmittable

In 1996, anti-retroviral therapy (ART) was discovered.

The drug, a triple combination, turned HIV from a fatal diagnosis to a manageable chronic condition.

It suppresses the virus, preventing it from developing into AIDS (Acquired Immunodeficiency Syndrome), which makes the body unable to withstand infections.

After six months of religiously taking the daily pill, it suppresses the virus to such an extent that it’s undetectable.

And once a person’s viral load is undetectable, they cannot transmit HIV to anyone else, according to scores of studies including a decade-long study by the National Institutes of Health.

It is 99% effective at preventing HIV

This pill works like ‘the pill’ – it is taken daily and is 99 percent effective at preventing HIV infection (more effective than the contraceptive pill is at preventing pregnancy).

It consists of two medicines (tenofovir dosproxil fumarate and emtricitabine). Those medicines can mount an immediate attack on any trace of HIV that enters the person’s bloodstream, before it is able to spread throughout the body.