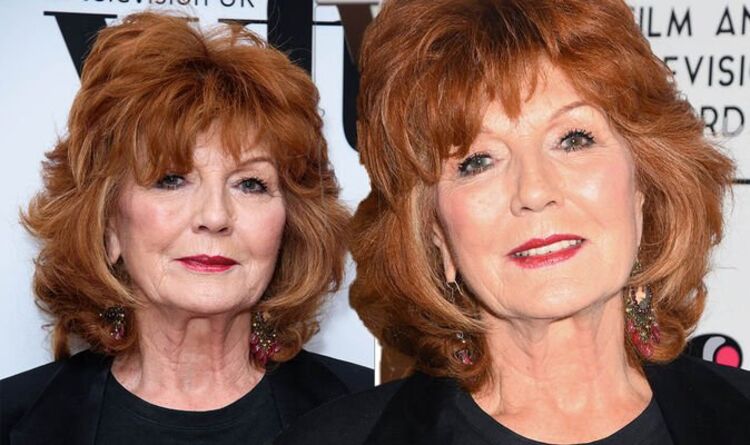 Lenska has played the role of Claudia Colby in the popular ITV soap on and off since 2009. Having moved onto the fictional street as an old friend of Audrey Roberts (Sue Nicholls), the star reprised the role in 2016 before leaving once again in 2020. Away from acting, the actress has spoken out honestly about her struggles with hearing loss. Having “no idea” how her hearing became so damaged in the first place, the star now relies on hearing aids in both ears in order to continue her career and join in everyday conversation.

In a past interview, Lenska said: “I have no idea, even now, how my hearing became so damaged. The best guess my specialist has come up with is at some point 20 years or so ago, when I was a very keen scuba diver, I picked up an ear infection that went mostly unnoticed.

“That’s quite common among divers because of the pressure diving at depth puts on the inner ear canal.”

Hearing loss struck the actress at a relatively young age (her mid-50s), and with no family history of the condition, Lenska was shocked as she started to notice her first symptoms.

She added: “There’s no history of it in my family but, about 10 years ago, it did become clear to me that I really wasn’t hearing everything that was going on around me, particularly high sounds and in large gatherings where there was a lot of background noise.”

Hearing loss can occur due to a number of different reasons, some that are treatable and others that are permanent. Most commonly, hearing loss deteriorates over time as individuals get older. This age-related hearing loss is known as presbycusis.

According to Johns Hopkins Medicine, one in three adults over the age 65 has hearing loss. Due to the gradual change in hearing, some people are not aware of it at first, and do not notice the first symptoms.

The NHS also lists other common signs of hearing loss. These include:

Once in the inner ear, the vibrations pass through fluid in a snail-shaped structure in the inner ear (cochlea). Attached to nerve cells in the cochlea are thousands of tiny hairs that help translate sound vibrations into electrical signals that are transmitted to your brain. Your brain turns these signals into sound.

However, over time and due to ageing and exposure to loud noise, some of the hairs on the nerve cells become damaged or missing, meaning that electrical signals are not transmitted as efficiently to the brain.

For some, hearing loss can also occur due to a build-up of earwax, but this only affects one ear, and individuals will feel as though their ear is blocked or itchy.

For older individuals with presbycusis, if symptoms are ignored or untreated they can get worse. Therefore it is important to see a doctor, who can offer the best treatment including: hearing aids, special training, certain medicines, and surgery.

For Lenska, her hearing loss became more of a problem when it started to interfere with her profession. She continued to say: “Obviously actors speak clearly and on stage it really isn’t a problem, everyone is quiet and the script takes its course.

“But when it came to rehearsals which so often take place in echoing halls, I often had real difficulty following what was going on. I would sometimes confide in the director but I didn’t want to admit that I couldn’t hear too well.

“There is a real stigma the hard of hearing have to face, particularly women of a certain age. With all the difficulties that face a female actor once you’re past 40, it’s one more problem you don’t want to add to the list.

“So I did a lot of pretending. I did a lot of smiling and nodding and saying ‘oh, yes’ to people, hoping I’d got away with it, but I was aware that I was only picking up every eighth or ninth word. It came to the point where I knew I had to do something constructive and about seven years ago I finally decided to go and have a hearing test.”

After finally seeking help, Lenska admitted that it took trying out “a lot of different types” of hearing aids before she found the right one, but would recommend anyone who is struggling with hearing loss to have a hearing test as soon as possible.

Hearing aids will not make hearing perfect, but they do make sounds louder and clearer, reducing the impact hearing loss has on someone’s life. There are also various different types of hearing aids that may match some more than others, but GPs and industry professionals are on hand to help with any questions.

The most common type are known as behind the ear (BTE) hearing aids. They’re made up of a small plastic device that sits behind your ear. This is attached with a tube to a piece of plastic that fits in your ear, or a soft tip that goes into the opening of your ear. Other types of hearing aid include: