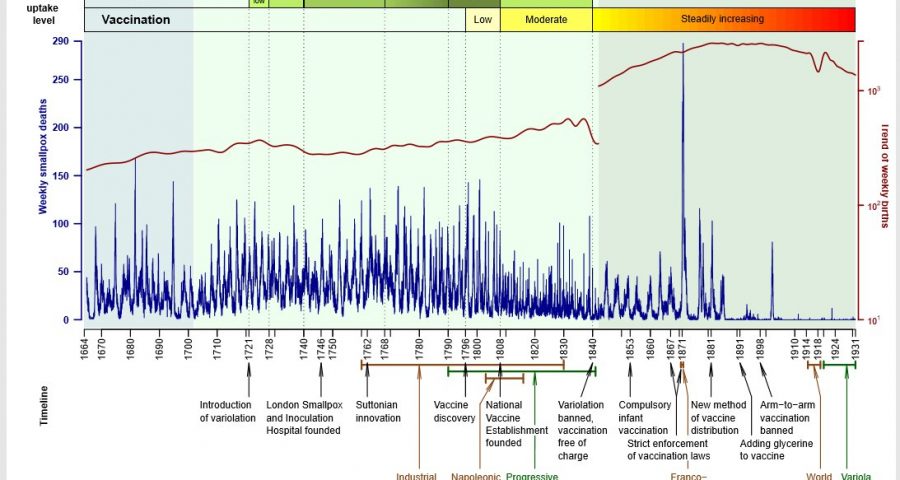 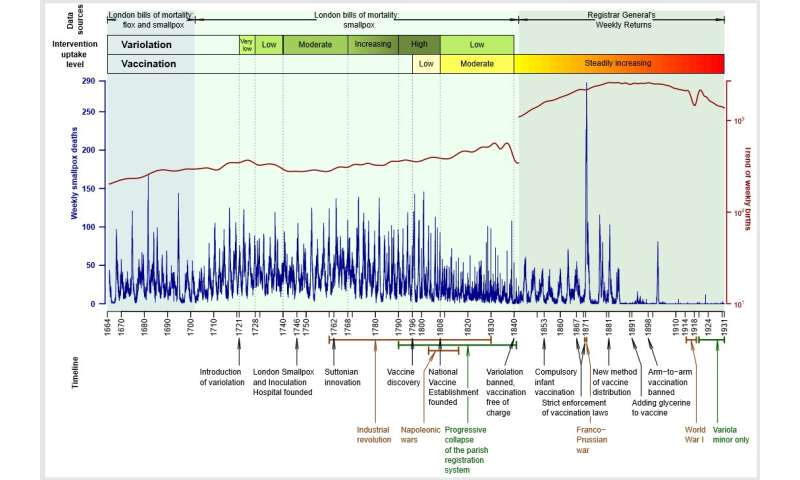 Researchers from McMaster University have studied and analyzed thousands of weekly records documenting the deaths of smallpox victims in London, England over the span of nearly 300 years.

The analysis provides new and rare insights into the ecology of infectious disease, establishing that the time between epidemics, the size of the outbreaks, and even the season when the epidemics occurred, changed over the centuries.

Smallpox was one of the most devastating viral diseases ever to strike humankind, killing about three out of every 10 people who were infected. Those who survived were frequently left disabled, blind or disfigured. Until the 19th century, smallpox was thought to have accounted for more deaths than any other single infectious disease, even plague and cholera.

The World Health Organization recently celebrated the 40th anniversary of the eradication of smallpox, the most successful such campaign ever attempted. Smallpox is one of only two infectious diseases that have been wiped out by human efforts.

“Our goal was to describe and make publicly available the weekly time series of smallpox mortality in London and to identify historical events that might have influenced smallpox dynamics over the centuries,” he says.

For the analysis, outlined in the journal PLOS Biology, Earn and colleague Olga Krylova, studied and digitized more than 13,000 weekly smallpox mortality records published in the London Bills of Mortality and the Registrar General’s Weekly Returns from 1664 to 1930. 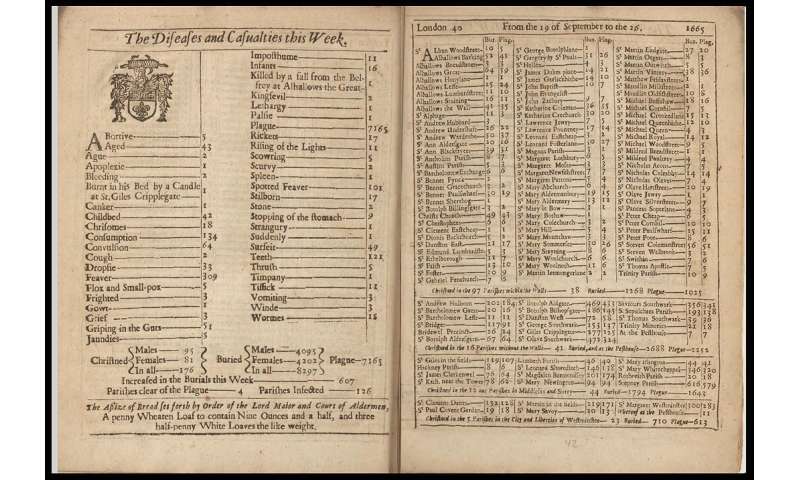 The data span an era starting before any public health practices were in place, then the introduction of variolation (a procedure that involved deliberately infecting a healthy individual with smallpox virus taken from a pustule or dried scab of a person suffering from the disease), then the discovery of a vaccine, and finally the decline of smallpox mortality until the final smallpox death was recorded in London.

Some scientists have suggested recently that “variolation” with COVID-19 might be occurring as a beneficial side-effect of the use of masks.

“During the time period covered by the data, smallpox changed from a terrifying and unavoidable danger to an easily preventable infection. Introduction of better control measures, especially vaccination, naturally led to decreased smallpox mortality and eventually eradication,” says Earn.

During the 267 years under analysis, London underwent major demographic and social changes, and there were a variety of historical events that may have had substantial impacts on smallpox dynamics.

“It is clear that the introduction of smallpox control measures—variolation and later vaccination—made eradication possible. Our analysis also suggests that greater use of control measures and changes in public health policies were correlated with changes in the frequency of the epidemics”, says co-author Olga Krylova, a former Ph.D. student in the Department of Mathematics & Statistics at McMaster.

Other events that could potentially have impacted smallpox epidemics include wars and the Industrial Revolution, which was accompanied by urbanization and demographic transitions.